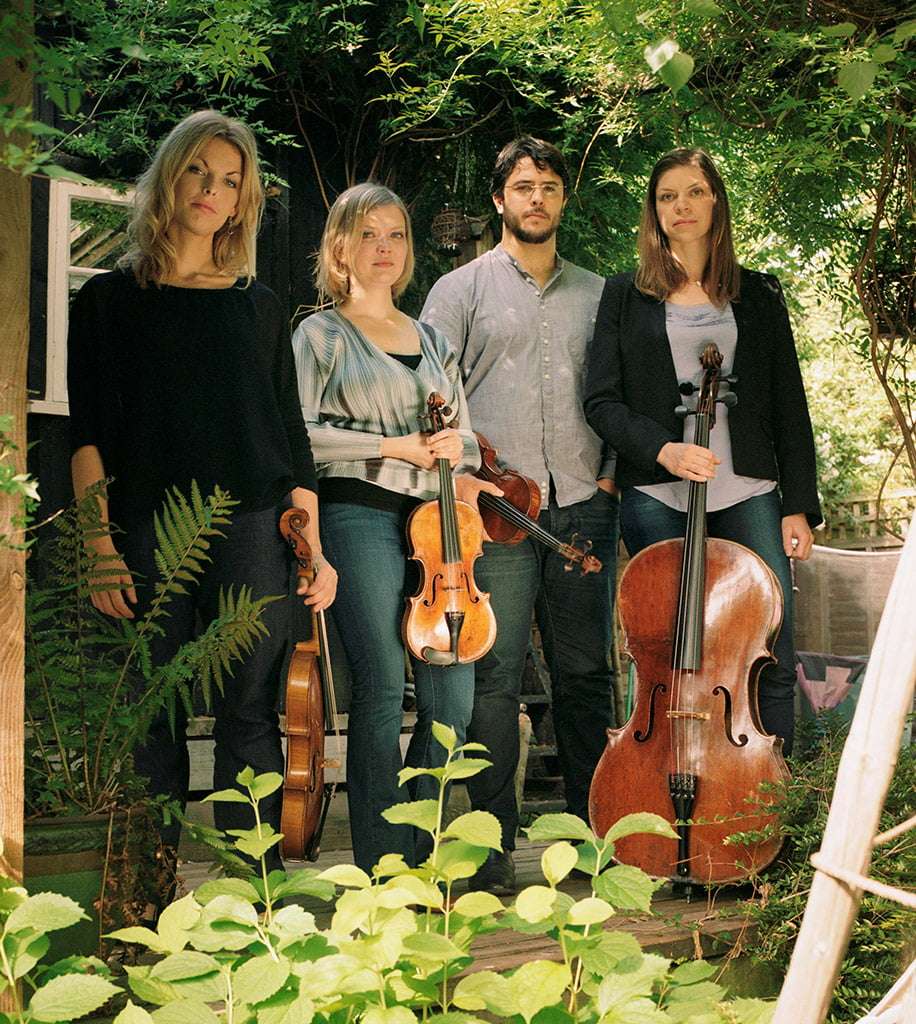 Playing to a rapt full house, this final concert of the current Wigmore season, a morning affair, proved something of a gold-plated experience. Unsurprisingly, given the four pedigree European players making up the always welcome Chiaroscuro Quartet, getting on now for fifteen years together.

Rampant Beethoven in the process of determinedly discarding Haydn’s clothes for his own (published 1801) and troubled Schubert, “a man whose most brilliant hopes have perished” (composed 1824) confirmed an interpretatively similar mindset. Emotionally, these were intense readings keenly responsive to structure and dialogue, to the end rhythmically pulsating, the ensemble finely synchronised yet with time and insight to hold back tempo and caesura where context demanded. Beethoven argued and danced, occasionally smiling, cumulatively ferocious. Schubert, monumental scaling notwithstanding, sang his sad song and stared at fate ever spiralling, ever closing in about him. Savagery, silk and silence coursed through the seconds, the minutes. The tension never dropped.

Having lived with this music, and recorded the Schubert relatively recently (in March 2017, for BIS), the Chiaroscuro members delivered a ‘produced’ performance of fabulous detail and texturing, less string quartet or sonata dynamic than a pair of terrifying symphonic dramas rooted in theatre and landscape.

From the start the strain and struggle of two late classico-romantics striving for the near-impossible, of stretching a medium to the naked limit, was before us – the bigness of the forte tuttis, the risk-taking pianissimos and life-gasping decrescendos, was painted in all shades and inflections, phrasing and articulation matched, each sforzando contextually sensitive. The unwary tread this road at their peril. The wary reveal vistas, taking us to places beyond notes. One striking example was the Chiaroscuro’s considered attention to harmonic weighting and voicing. Diminished sevenths took on a colour and depth, a disorientation, beyond their (often) historically-clichéd association. Dissonances were shaped and acid. In the best sense, nothing was pretty, nothing was attenuated. Here was the electricity of the hour, two-hundred years young, recreated in the raw. 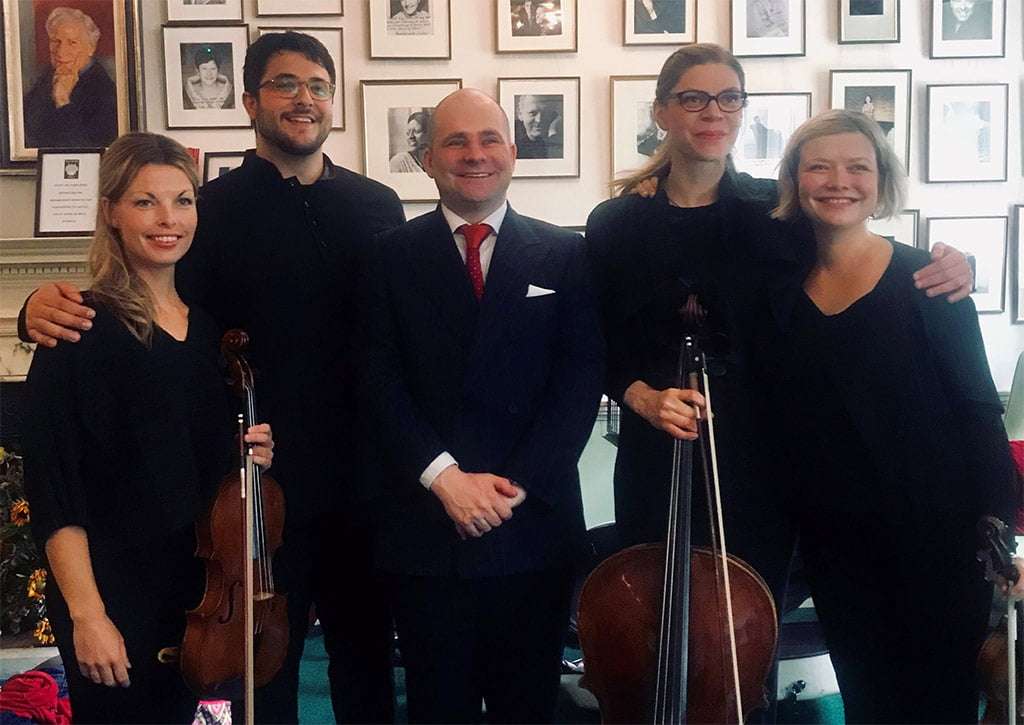 This was authorship and music-making as modern as the iPads on the stands. Nerve-ends exposed, temperamentally attuned, each player – violins and viola standing – relentlessly leaning and swaying into the fray. The corporate virtuosity was compelling, the body-language explicit. The explosive fury, the terse sign-offs, of the prestissimos closing both works quite took one’s breath away. Charged and searing, ‘orchestrally’ epic, nothing remotely ‘coffee morning’ was on the table. More players should challenge us in this way.

Repeats, all manner of re-focussing coming into play, were matters of subtly fresh encounter – sunlight and clouds, an urging, a relaxation of pulse, psycho-physically shading the moment differently. That of Schubert’s first movement towered impressively. (I wondered, though, why the balancing second one of Beethoven’s Minuet, contrary to current ‘period’ thinking, was omitted on the da capo? When Beethoven didn’t want something repeated, he’d usually insert a cautionary senza repezione to make the intention clear. Not so in this case, merely a request to go faster, piùAllegro rather than Allegretto. Force of habit?)