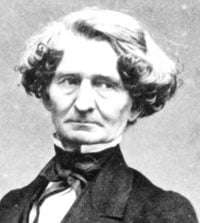 Berlioz was commissioned to write “Grande messe des morts” for the soldiers who died in the Revolution of July 1830. It was first performed in 1837 in the Dôme des Invalides, a massive cathedral in Paris whose cavernous space is similar to St Paul’s. This performance was given added poignancy by falling on the 90th-anniversary of the outbreak of that most costly of battles in the Great War: the Third Battle of Ypres, Passchendaele.

In places, the sonic power produced was awe-inspiring. Providing the apocalypse were, in addition to a large orchestra, ten timpani and four groups of antiphonal brass set in the galleries: one at the end of the Nave above the Great West Door, two high up at the ends of the transepts, and one towards the Apse behind the 350-strong choir. When this entire force was unleashed during the ‘Tuba mirum’, one could feel the very foundations of the Cathedral shake – striking fear in mankind and bringing all to their knees before the glorious majesty of God and His judgement. That’s is how it felt to me!

Tenor Andrew Kennedy brought drama to the solo in the ‘Sanctus’, projecting his smooth voice into this large space while still conveying loneliness in his pleadings. Special mention must be made of the three percussionists, who succeeded in producing such ephemeral and seductive cymbal effects during this movement.

Throughout, the choruses were on top-form, the clarity of the singing evident both in subdued and commanding moments.

The Cathedral played its part, too. The space here is able to hold the sound for about five seconds before dying away, so that, whether loud or soft, some level of repose was reached between sections of the music. The orchestral playing was bright and surprisingly clear, with only the second violins occasionally difficult to discern as their sound seemed to vanish without a trace up into the dome. But the music was firmly anchored by the cellos and basses.

In the final concert of this year’s City of London Festival, a frequently-leaping Yan Pascal Tortellier was a firm hand on the tiller of this great ship. He drove the huge forces with command and got exactly what he wanted. This was a journey, and the closing ‘Amen’ gave an extraordinarily cathartic close, as evident by the long pause before a rapturous applause: in all respects, a stunning performance.