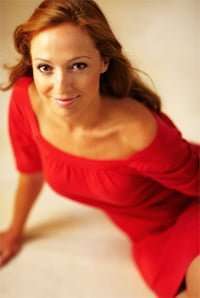 Clara Mouriz may be a member of the BBC Radio 3 New Generation scheme, but the maturity with which she gave this attractive BBC Lunchtime Concert of Spanish and French songs suggested a long association with this repertoire. That she was willing to perform some unusual but accomplished songs also bodes well for future recitals.

She began with the unfamiliar figure of Antonio Literes (1673-1747), a leading zarzuela composer whose writing inspired beautiful control on the part of the singer and also Julius Drake, who was particularly restrained as the pair painted a portrait of the fragile and excerpted ‘Confiado jilguerillo’ (Trusting little linnet). Mouriz has a slight but attractive husk to her voice, and the low register of the second verse found more richness to the range. Unfamiliar, too, was Blas de Laserna (1751-1816), his El Trípili scuttling along until Drake found its winsome, throwaway final chord. Fernando Obradors is only slightly more familiar as a composer of song, but there was immediate flair for scene-setting in his three songs. The humidity of the olive grove in Tres morillas was immediately evident in this performance, which cast a seductive spell, while Mouriz found a fuller tone for the love song Del cabello más sutil. El vito was tumultuous.

A grouping of sombre Granados songs followed, but these were no ordinary declarations of sadness and unrequited love. Elegia eterna has a striking vocalise at the end of each verse that called on Mouriz to reach both a high ‘B flat’ and a low ‘F’ within seconds of each other. She did so with impeccable control and ravishing tone. The three ‘grieving maja’ songs, from Tonadillas en un estilo antiguo, were almost as compelling, Drake negotiating some tricky oscillations in the second song before the pair moved from darkness towards light in the third.

Mouriz and Drake also looked at French-language settings of Spanish inspiration. It was gratifying to hear an attractive trio from Bizet, often neglected as a gifted song-composer. Mouriz found both clarity and dramatic edge in Adieux de l’hôtesse arabe, while in ‘Ouvre ton coeur’ Drake’s tripping staccato introduced humour side. Massenet’s nocturne was even more effective, the pair exploring an exceptionally quiet pianissimo in the opening section and Mouriz ending on a perfectly pitched high ‘F’. Chaminade’s Sombrero was the polar opposite, its reckless abandon thoroughly enjoyable.

Finally came Turina’s Poema en forma de canciones (Poem in the form of songs), which begins with a florid piece for piano, Drake fully attuned to the Sevillana rhythms and ornamentations. The songs are short if intense and urgent, particularly in ‘Nunca olvida’ (Do not forget) and the hectic closing setting ‘Las locas por amor’ (Frantic for love). A Catalan song from Frederic Mompou, Damunt de tu nomes les flors (Over you only the flowers), made an attractive encore. Mouriz sang with a profundity that belied her tender years.