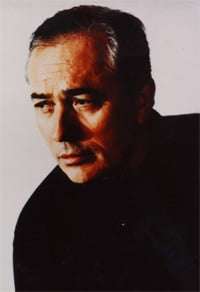 The centrepiece of the Czech National Symphony Orchestra’s three London concerts at Cadogan Hall was a rare and very welcome opportunity to hear Smetana’s Má vlast in its entirety. We are used to hearing the occasional performance of ‘Vltava’ and ‘From Bohemia’s Meadows and Forests’, but to hear the entire cycle performed without an interval by native Czech musicians under a much-loved veteran conductor – a Knight of the British Empire incidentally – was something special.

The Czech National Symphony Orchestra was established in 1993 and at its birth the legendary conductor Zdenek Košler was closely involved. Since 2007 Libor Pešek, now 77 and long associated with the Royal Liverpool Philharmonic (of which he remains Conductor Laureate), has been its Chief Conductor. It would be idle to pretend that it is in the same league as the Czech Philharmonic or the Prague Philharmonia; there is a distinctly homespun feel to the winds and strings – although well-balanced and unfailingly musical – lack finesse. Nevertheless the little pastoral episode at the heart of ‘Blanik’ featuring a plangent oboe, a rustic bassoon and a first horn with a touch of vibrato took us right back to the distinctive sound world of the ‘old’ Czech Philharmonic.

The most impressive aspect of this performance was undoubtedly the certainty of Pešek’s direction. The score lay open yet never once did he refer to it, nor did he need to, so complete was his grasp of every nook and cranny. The work got off to the most auspicious of starts with ‘Vyšehrad’ ushered in by a flowing improvisatory harp solo far more full of light and shade than usual. Pešek picked up the flowing tempo but then cannily refused to rush fences, reserving the orchestra’s full weight for the final cataclysm. Interestingly, the final bars depict the river flowing peacefully beneath the now-ruined castle and prefigure the most famous of the cycle, ‘Vltava’. In this most unaffected of readings there were no exaggerated dynamics and the river flowed ever onward with a strong forward motion from the moment of its rising, quickly reaching the turbulent rapids of St John. Even the sights along the way, the village wedding with its boisterous polka and the moonlit scene with nymphs, hove into sight and passed rapidly by, as though observed from mid-stream.

The next in the cycle depicts ‘Šárka’, the warrior maiden who rebels at being ruled by men after the death of Libuse, seduces Ctirad, the warrior sent to punish her, gets his army drunk and then at the appointed signal – a solo horn naturally – she and her female cohorts fall on and slaughter the unsuspecting males. This received the most dramatic treatment and was notable for some particularly full-bodied string playing in the love music. From ‘Bohemia’s Meadows and Fields’ drew evocatively pastoral playing from the clarinets at its outset and the polka later on started slowly but picked up a formidable momentum by the close, provoking a round of applause at which the conductor gently pointed out that “There is more to come”.

‘Tábor’ and ‘Blanik’, the concluding parts of the cycle, are particularly hard to bring off. They are clearly linked, making frequent use of the chorale “Ye, who are warriors of God” and sharing the same insistent rhythms; both demand a high degree of energy on the part of an orchestra. It was hugely to Pešek’s credit that ‘Tábor’ – frequently thought of as the weakest of the cycle – surged along, tension built and sustained over long paragraphs; and ‘Blanik’, taken attacca, brought the cycle to the most radiant conclusion. Whatever rough edges in the execution, it was hors de concours to have heard the cycle complete with a Czech orchestra.