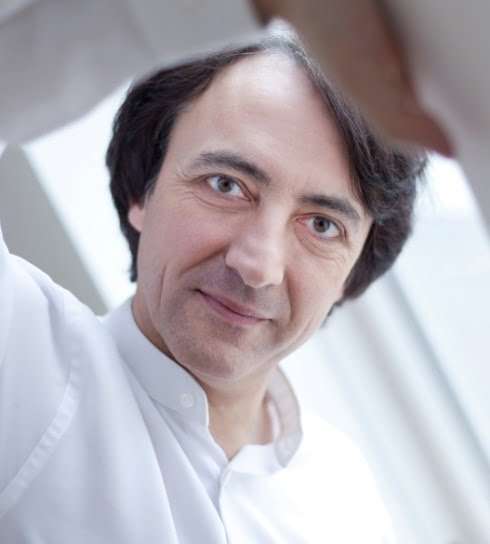 Maurice Ravel’s music made for an enticing entrée in this morning-after-the-night-before concert in snowbound Detroit (not too many audience in Orchestra Hall, and London, my base, cold enough for the white stuff, too) – first with Menuet antique, tart in its outer sections if harmonically affecting, soft-centre-alluring in the Trio, Leonard Slatkin leading a tempo-related account without compromising expression and there were nice cameo solos. From there to the Pavane, the horn solo floated magically by Karl Pituch, in a reading that brought out the music’s sadness rather than its sentimentality, the tempo ideal to match the composer’s quip that “it was the Princess who died, not the Pavane”; nevertheless the final section was a reminder of the depths of feeling music can generate.

For all that Ravel’s two Piano Concertos are contemporaneous, they could not be more different. The G-major is light and jazzy if with recesses into a more-interior world, whereas the Left-hand is dark and disturbing. Jean-Efflam Bavouzet has rather monopolised both and also recorded them (for Chandos). He was in top form, and enjoyed a snazzy and sensitive accompaniment for the legerdemain and poetic asides of the G-major’s first movement, then found poignant intimacy for the Fauré-like slow movement in which the woodwind and – including an unforgettable nudging accent – string contributions were sublime. The Gershwin-esque Finale came off brilliantly, a little less hectic than it can be, to advantage, to crown a performance that was often more than a divertissement. Unusually, if effectively, Bavouzet now played an encore, ‘Feux d’artifice’, the last of Debussy’s twenty-four Préludes; the night sky was lit up before the music evaporated to something ghostly.

Following the interval Bavouzet returned for the great masterpiece that is the Left-hand Concerto, the pianist’s right-hand now “on holiday”. Composed for Paul Wittgenstein, who had lost his right-arm when serving in the Austrian army during World War One, the Concerto is a technical challenge for any pianist, so much to encompass with just five digits. Bavouzet continued his pristine playing, enquiring within the music’s declamation, rumination, macabre march, escapes to Mother Goose land, and the all-encompassing cadenza, backed to the hilt by a detailed and defined DSO. Finally the closing part of Daphnis et Chloé – ‘Daybreak’ was rippled into life and with immaculate birdsong to cue the protagonists’ reunion and a sun-filled climax; the ‘Pantomime’ section found flautist Sharon Sparrow seductive in silvery finery; and the bacchanal (general dancing) was all about celebration.

Cinq étoiles then, and next up, with a webcast on Sunday the Eleventh (3 p.m. local time), is Camille Saint-Saëns – you’d be in-Seine to miss it.