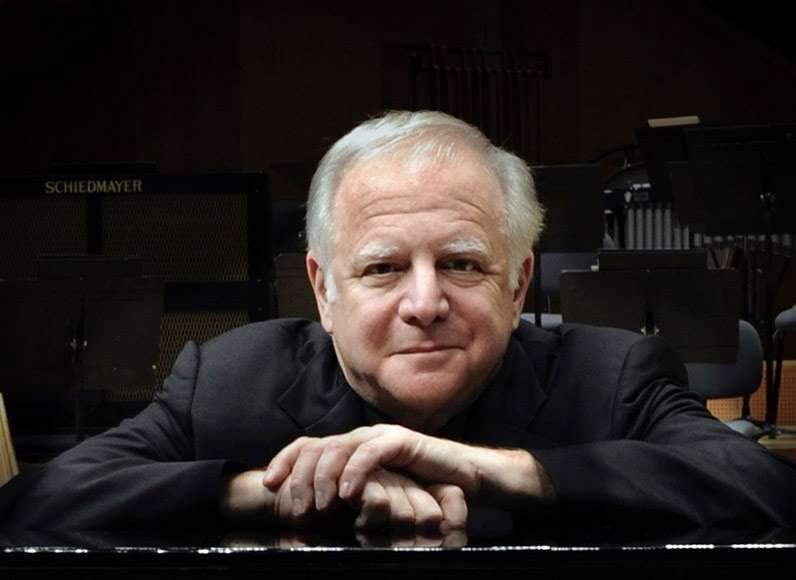 The Frenchman is Darius Milhaud, the American being George Gershwin. Musically they travelled richly to each other’s countries, as did this DSO webcast to an Englishman in London, staying awake into the small hours, but the DSO and Leonard Slatkin have stamina, too, for they had played this concert in the morning as well.

But first the World had to be created, which Milhaud did in 1923 for ballet purposes, presented at the Théâtre des Champs-Élysées, using a small ‘pit’ orchestra and incorporating jazz elements. Rather modest you might think for such a momentous happening, but it’s a distinctive score, bluesy (aided by saxophone and drum-kit), edgy, funky (before the word was coined), even a little sleazy if leavened by Stravinsky-like neoclassicism and a hint of surrealism. Whatever the choreography was doing back then, the music holds its own without it when as vibrant as here with solos taken charismatically, violins through to trombone.

As for A Frenchman in New York, the remarkably prolific Milhaud (he got to at least Opus 443) wrote it during 1962 commissioned by RCA Victor for Arthur Fiedler and the Boston Pops, music known to me by title for many years but not heard until now, and new to the DSO too.

It was worth the wait. The music, quite dissonant, may not be what the commissioners hoped for – it is sinewy, melodic (if not tuneful), fragmentary, expressively beguiling at times and occasionally angular, suggestive rather than impressionistic, leaning to abstract. If the titles are pictorial (as below) the music is not, but it is engaging, as contrapuntal as it is colourful (but not from the paint-box). If these pieces were by an American, then maybe David Diamond, Walter Piston or Virgil Thomson would come to mind, and the only French composer I can nominate in Milhaud’s stead is Jacques Ibert; there are certainly correspondences between them. Had Milhaud issued these New York movements as Sketches for a Symphony (there is enough strong material for several, and he wrote twelve anyway, and eighteen String Quartets) then I think that’s nearer the mark. This was a very persuasive performance of… 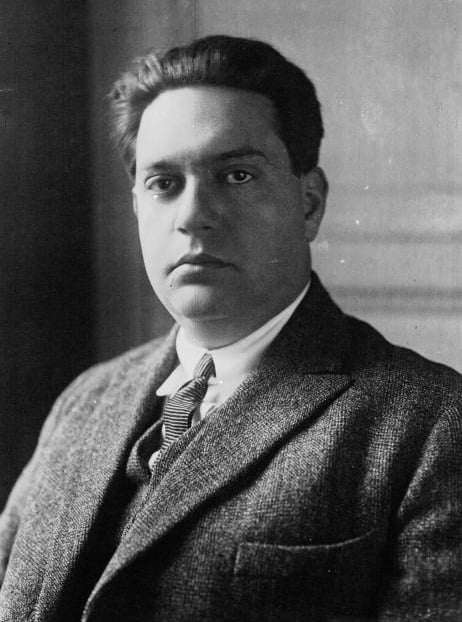 1. New York with Fog on the Hudson River
2. The Cloisters
3. Horse and Carriage in Central Park
4. Times Square
5. Gardens on the Roofs
6. Baseball in Yankee Stadium

An American in Paris was not quite as expected either, as recently edited by Mark Clague at the University of Michigan, taking into account the work’s first recording (made in 1929 conducted by Nathaniel Shilkret) and sifting through various manuscripts left by the composer. Differences tend to be minor, usually concerning detailing, dynamics and note-values, although the motor horns (the DSO used the ones Gershwin brought back from Paris) no longer play A, B, C and D but are allowed to be themselves in traffic-jam pitch. There are a few cuts, of little consequence, and the numerous ear-catching moments were either due to editing or new discoveries for Slatkin – American in Paris is one of his speciality pieces and he led it with customary gusto and affection, symphonic thrust, and innate style but not mimicry, the DSO totally attuned to the music and its conductor.

Earlier, the pianos looked similar, so too Michelle and Christina Naughton, twins, for Poulenc. The scintillating and smile-inducing opening movement found the sisters urbane and exact for music that turns on a centime to something dreamier (nice trills from the ladies) and then saucy again, then solemn, before the (bitter-)sweetly Mozartean slow movement steals in, if with restless aspects, and the razzmatazz of the Finale again demonstrated Michelle and Christina’s brilliance, sensitivity and precision. I have not found so much in this music before, and the sisters’ encore, the dashing first movement of Milhaud’s Scaramouche, was a joyous tonic.

Next up in webcast form (Sunday the Eighteenth, 3 p.m. local time) a program involving sorcery, can-can dancers and the Naughton sisters being animalistic. Should be a carnival.