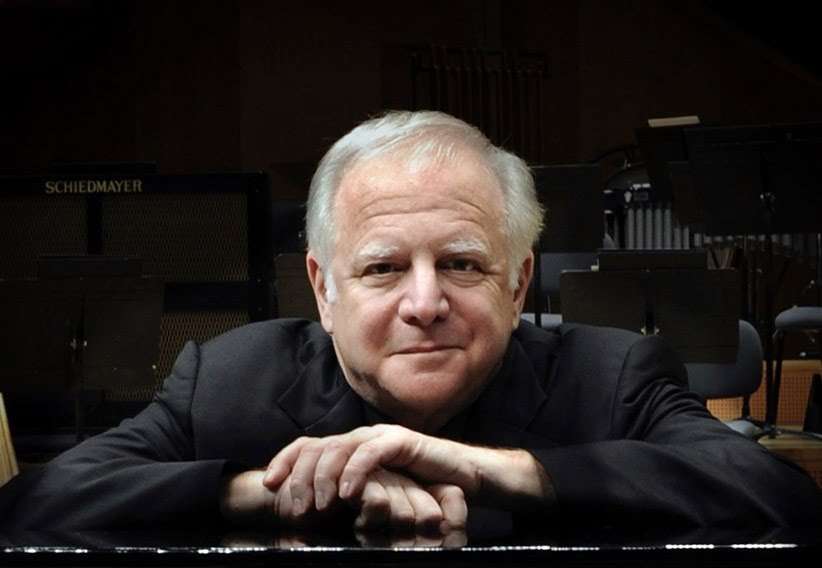 On the same day as Donald Trump is inaugurated as the next President of the United States, the Detroit Symphony and Leonard Slatkin’s Mozart Festival had its first of six webcasts. A sextet of programmes given twice, the second of each relayed, is a lot of Wolfgang Amadeus but a tiny amount of his output… Köchel 626 is the Requiem that Mozart left unfinished.

Due to a prior commitment to review the BBC Symphony Orchestra’s concert I had expected to be travelling while the DSO broadcast was on (this may have been a morning concert in Michigan, but London is five hours ahead) so I had arranged for a colleague to watch and write. But the BBC’s conductor Oliver Knussen was taken ill during rehearsals and the concert cancelled, so I hooked back Amadeus.

Good to start with an overture and the one heralding The Marriage of Figaro is as choice as anything. Enter a bewigged, hand-kissing (Kimberly Kaloyanides Kennedy, associate concertmaster, the recipient), German-speaking, anecdote- and joke-telling conductor. With Slatkin’s hairpiece (18th-century model) staying in place, Figaro also sparkled thanks to a moderate tempo of benefit to articulation and detailing, trumpets to the fore, and heartening to find Slatkin opting for antiphonal violins (double basses on the left) – ideal for purposes of clarity and interplay.

With Slatkin now sans ‘syrup’, enter Alex Kinmonth for the Oboe Concerto, a delightful performance, shapely and full of grace, and with a smallish DSO this was a chamber account, music made by friends. Kinmonth is principal oboist and all the Concertos in this “Wolfie” Winter Festival are played by DSO members. His sound and poise were a constant pleasure, whether in the aria-like Adagio, heart-easing, or then the curvaceous, slightly cheeky come-hither Finale. 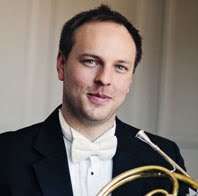 Next up, if following the interval, Scott Strong from the horn section, for K412, the babe of Mozart’s four Horn Concertos, a two-movement affair as left (the others are in three) and something of a ‘black sheep’ key-wise, in D as opposed to E-flat. Scott’s warm tone impressed, so too his dignified approach, time-taken in the first movement to finger-tapping effect, and, after some hilarity (the reason passing me by, although Strong & Slatkin, useful stage name, seemed to have formed a double act), the ‘hunting’ Finale was full of joie de vivre. Short and sweet, this Concerto makes no space for cadenzas.

For the great Sinfonia concertante K364, Mozartean meat, the soloists were Yoonshin Song (DSO concertmaster) and Eric Nowlin. This spacious account, accompanied stylishly, worked a treat, Song and Nowlin (less stagey) tonally gleaming and excavating the music’s depth, not least in the wonderful slow movement, Mozart really burrowing into our souls, and crowned by a Finale that may be marked Presto but responding gratefully, as here, if treated as an allegro.