Mozart
Violin Concerto in A, K219
Mahler
Symphony No.5 in C-sharp minor 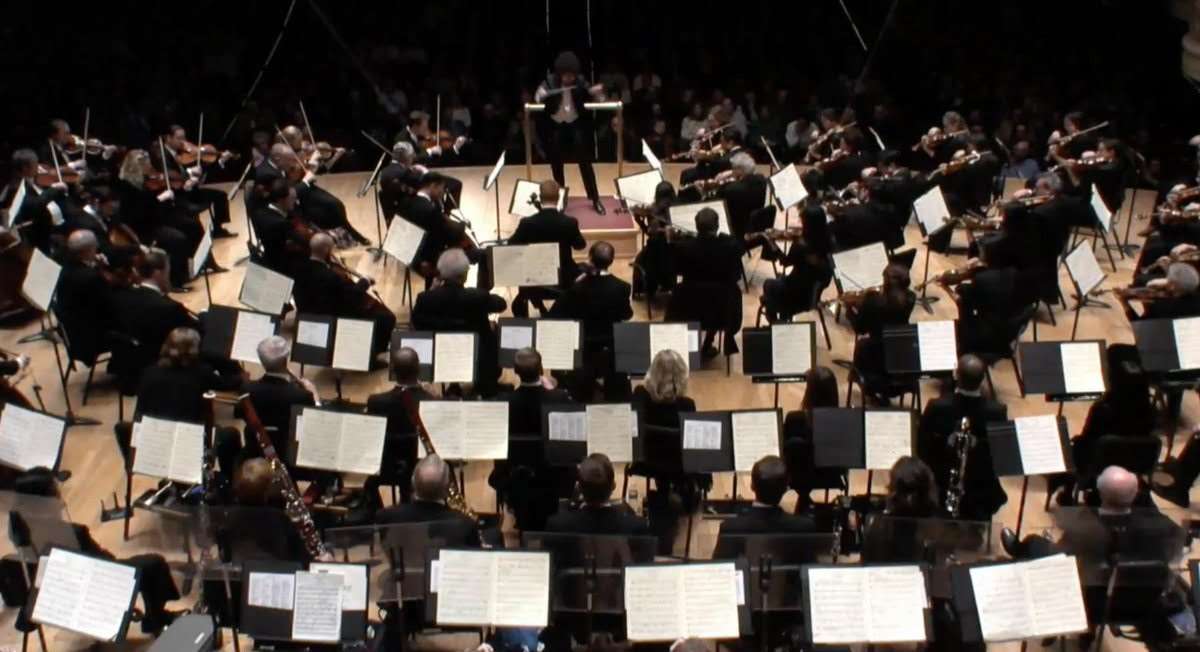 Less than a fortnight ago Rafael Payare was in London for Mahler 5; now he was in Detroit with it, again with Mozart in fraternity, and this DSO webcast was the third and final performance.

Hunter Eberly’s flawless trumpet solo (a militaristic flourish) cued Payare’s at-first unindulgent view of this three-part, five-movement Symphony, the opening funeral march subdued, so that the central flare-up didn’t quite belong; and with brass more clearly heard than strings, which may or may not have been a proper reflection of Payare’s balances. He might usefully have swept straight into the second movement; that this didn’t happen lost some tension, and, anyway, we didn’t get optimum tempest and vehemence, fine musicianship though, although, however beautifully played, the cellos’ soliloquy was rather static. It was clear though – despite the odd harry and some scenery-gazing (volatility is part of the work, but it’s about how you time it) – that Payare was looking ahead, if arguably not enough in terms of the chorale that returns to crown the work; thunder potentially stolen.

The third movement (Part Two) had a good dancing lilt initially, if then pressed forward and spiky at times, and held-back at others – not quite adding up, in other words – if graced with superb contributions from Karl Pituch on horn, and although there were ear-catching expressions and detailing elsewhere, the verbatim text and suggestions of narrative didn’t always relate.

As for the harp-and-strings Adagietto – film-music in our time and serving in memoriam purposes, if intended as a billet-doux to Alma Schindler – well, it had a discernible current (of eight minutes, in keeping with history) but lacked simple eloquence (he loves me, he loves me not). Whereas, one precipitate juncture aside, the Baroque formulations of the Finale had an untrammelled joie de vivre, as well as subtlety, that rose to a glorious and spirited end to the game, strings now better attended to in the mix. All’s well that ends well.

In the first half Yoonshin Song (DSO concertmaster, Kimberly Kaloyanides Kennedy taking that role, her recent Barber a standout) gave a stylish K219, matching the high bar she set in Bartók last April. Following a bustling but not rushed introduction (the accompaniment – strings, pairs of horns and oboes – was felicitous and tailored throughout), Song’s first entry was sweetly lyrical (as prescribed) then brilliant if unforced and classically poised yet with an expressive largesse that became even more apparent in the unidentified later-in-manner cadenza (Joachim, Sam Franko?) and such an approach then movingly inhabited the slow movement, spaciously given, to advantage, searching the music’s potential so that the emotionally-heightened midpoint, with well-managed dynamic exchanges between violin and oboe, was as affecting as it should be, and another nineteenth-century-sounding cadenza was embraced. From this poignant aria to a gracefully-turned Minuet, interrupted by the stamping-wildly col legno ‘Turkish’ episode, capped this classy rendition.