Le Corsaire – ballet in three Acts to choreography by Anna-Marie Holmes after Marius Petipa & Konstantin Sergeyev, to a libretto originally created by Jules-Henri Vernoy de Saint-Georges loosely based on the poem The Corsair by Lord Byron 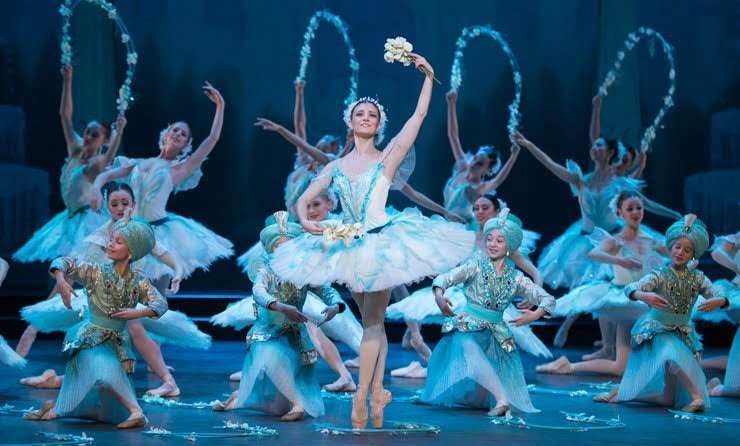 English National Ballet revives its cracking production of Le Corsaire, bringing much needed post-Christmas pep to the London dance scene. It is irresistible fun, a swashbuckling tale from Byron, pulled, pushed and swirled around by successive composers (who number ten at last count) and choreographers. Unlike the rest of the classical ballet canon, although not a million miles from Don Quixote in this particular respect, it is a work that needs full-out, unapologetic attack and a real swagger in every step. Unlike the reserved, almost reverential approach of the the two Royal companies, ENB provides something grittier and more exciting.

Tamara Rojo, Director and recent recipient of a CBE for her hard work, has acted as a magnet for both artistic staff and dancers alike, which, alongside her own uncompromising vision, has noticeably upped the standards of the ensemble. She now counts the likes of Loipa Araújo and Irek Mukhamedov among her teachers and has attracted dancers from the world over, but, unlike the majority of dance company directors, she has turned her eyes west, recruiting from the excellent schools and companies of the Americas, and from Cuba and Mexico in particular. This hispanic slant has paid handsome dividends, particularly on the male side, as good men are always in short supply.

Le Corsaire’s first night, with four male leads, gave ample evidence for the strength of talent she has to call upon: two permanent company Members were joined by two Guest Principals to make a particularly strong quartet. Yonah Acosta, nephew of Carlos, made a great deal out of the ‘minor’ role of Birbanto and the 19-year-old Mexican-Cuban soloist Cesar Corrales was clearly determined to wring everything out of the slave Ali who gets to dance most of the famous pas de deux (here a pas de trois with Medora and Conrad). He has a high, airy jump and long legs, spins like a top and possesses dark Byronic looks – he is a considerable talent to watch. 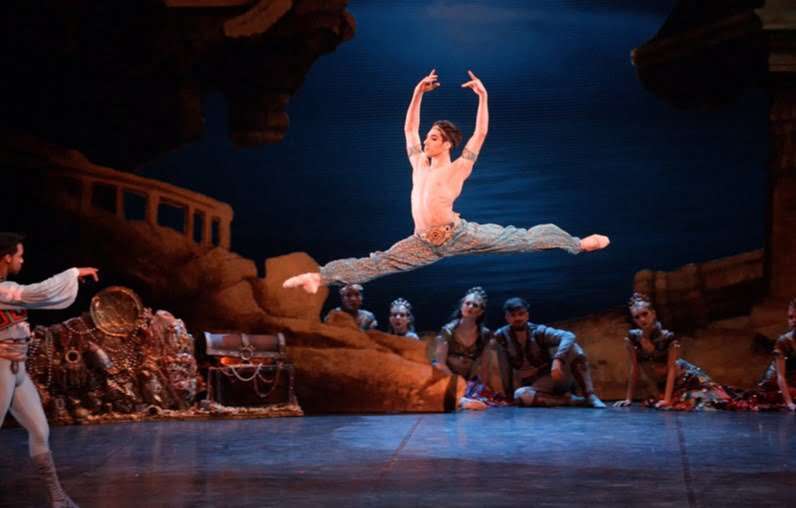 Guest Principal Osiel Gouneo is tall and well-proportioned and seized the role of the pirate chief Conrad with relish, even if he lacks the finesse of Vadim Muntagirov who danced the part so well before his move to The Royal Ballet. He has a high jump and is famed already for his seemingly infinite spins. Brooklyn Mack, another Guest, was the slave-dealer Lankandem, who could barely mask his own virtuoso tendencies – he will dance Conrad at some performances. He exudes sheer delight at being on the stage, and brings an open, joyous quality to his dancing.

One could be forgiven for feeling that the distaff side was somewhat eclipsed by these four impressive men: Rojo herself has added the injured Alina Cojocaru’s performances to her own, but, for all her undiminished virtuosity, she is not a natural Medora, unable to make her choreography sing. Laurretta Summerscales danced Gulnara well enough but projected almost no character whatsoever – the two roles are contrasted, and hers should be cheeky and playful, more resigned to her lot as one of the Pasha’s women. No complaints about the dancing of the famous Act One odalisque pas de trois which had clearly been rehearsed meticulously and was delivered with both classical purity and real élan.

ENB seems to enjoy this romp tremendously, either as shimmying harem dancers or swaggering pirates and there is a satisfying drive to their dancing. Bob Ringwood’s sets and costumes evoke the sumptuousness of nineteenth century design, rich, clashing colours, decoration and false perspectives and Gavin Sutherland leads the orchestra through the rambunctious patchwork score with as much care as he would lavish on Tchaikovsky, and it shows in marvellously alive playing.