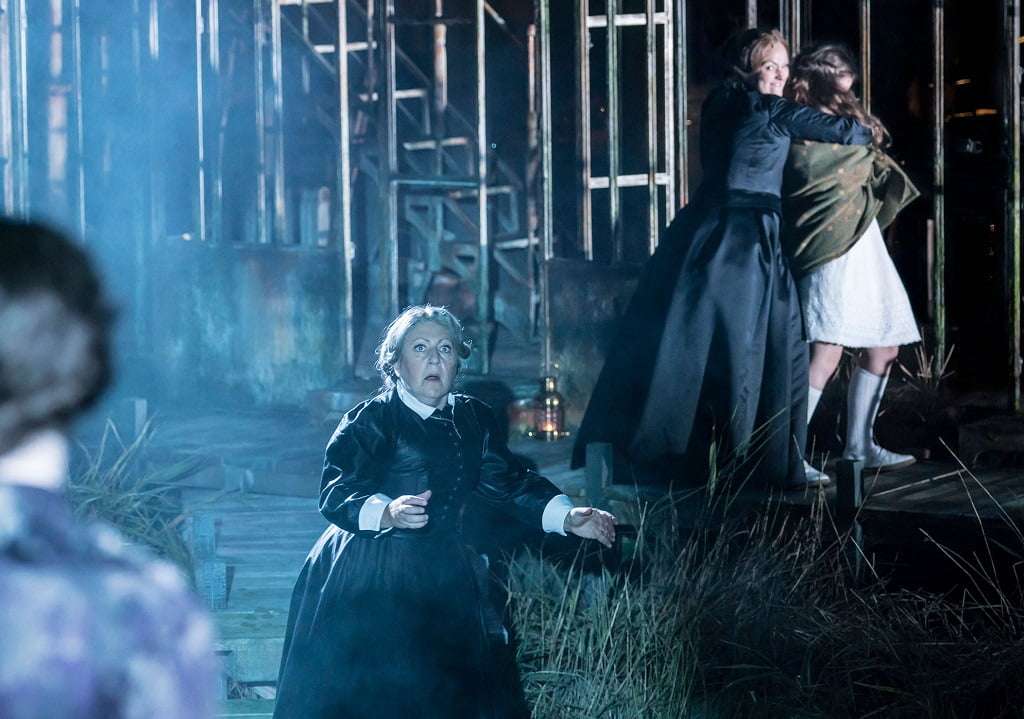 The production starts splendidly, even informally, with Elgan Llŷr Thomas standing within the audience as he gives us The Prologue to events about to be unfolded – lively and unaffected singing, quite different from the arch tone of Peter Pears and others. Tapping on the closed book in his hands, Thomas draws us into Henry James’s story, albeit “in faded ink”.

Soutra Gilmour’s bold design takes us to the estate of Bly, not just the house but also its natural setting, such that the forces of darkness seem as much within the rustling trees as part of the character of Peter Quint, the sun setting just as Act One finishes, the onset of darkness perfectly setting the tone for the second Act. The translucence of the house, with some sharp broken panes (Quint at one point throws a rock through the glass), conveys multiple locations as a result of imaginative lighting. 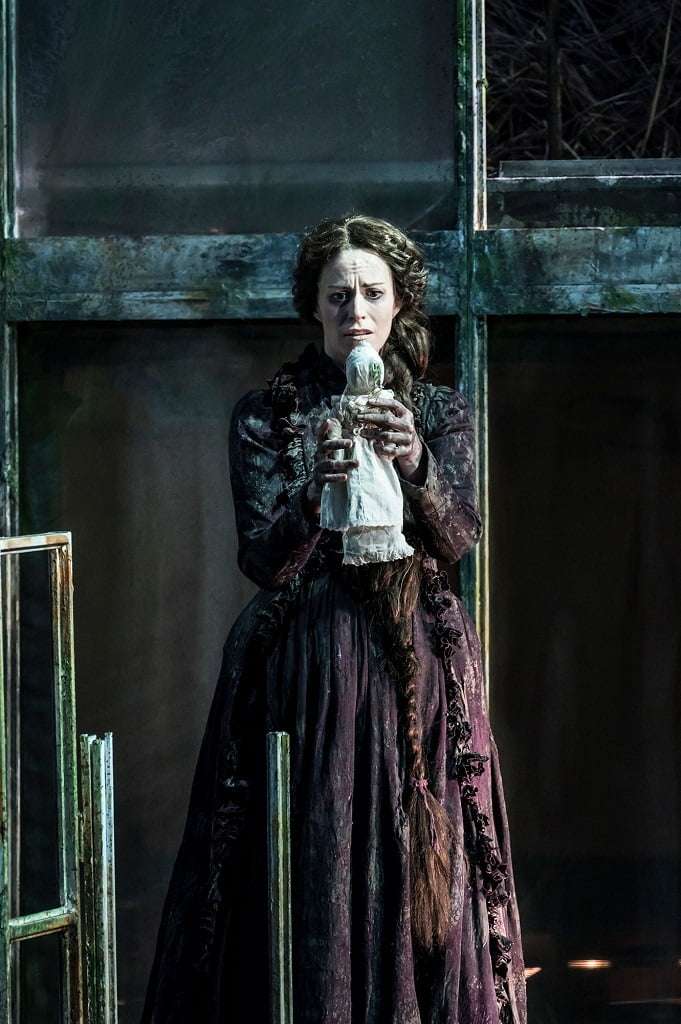 Toby Purser conducts with authority and sensitivity, the thirteen-member band of ENO musicians captures the Britten idiom perfectly; the twelve-tone ‘screw motif’ tightens progressively as the players, initially hidden from sight, come gradually into view as the potency of the music increases. Particularly impressive are the ominous coach journey, the eruption of manic pizzicatos in the letter scene, the tremulous woodwind throughout, and various ethereal timbres. Yet some subtleties are lost and probably this is not entirely avoidable in a production which requires amplification. That said, I’d argue strongly for much-less bolstering, believing the audience wants to be drawn in rather than ‘played at’. It is such a shame that the singers’ highest notes are too often flattened out and distorted by amplification that cannot manage the demands placed on it.

Sholto McMillan is perfectly cast as Miles. If he was a little unsteady at the outset, this served only to heighten his fragility and vulnerability. This is a secretly terrified Miles exuding an outward appearance of calm. McMillan has exquisite diction and that English cathedral voice that Britten surely would have loved; he is a properly-centred actor too, and his final “Peter Quint, you devil” is rooted in unspeakable pain and suffering, yet something close to triumph as well.

That McMillan is physically so slight makes Quint’s lascivious seductiveness all the more horrific. Indeed, William Morgan’s Quint is a repulsive creature and we fully believe he is “free with everyone” – chameleon-like, sinuous, bestial, with just a touch of the Johnny Depp charm about him; musically beguiling, too, yet Morgan can produce raw bite when he wants to attack a consonant. 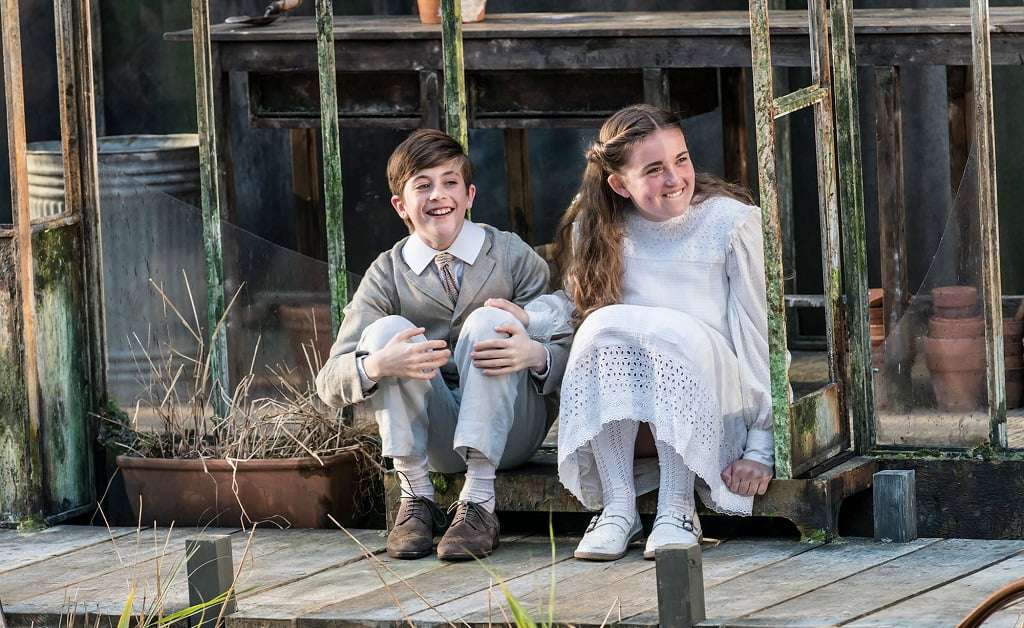 Flora is notoriously difficult to cast and Ellie Bradbury’s is a voice of fresh flexibility, and she does a really lovely job in the lullaby in Act One. She has an unearthly stillness about her and is visually striking in the lake scene during her mental duel with Miss Jessel, sung impressively, and at times achingly sadly, by Rachael Lloyd, although visually it is a problem that Flora looks older than Miles given James makes it clear that Flora looks up to Miles, and this is part of the burden that Miles carries within him. But where a director could find such a little girl who could also sing these demanding lines, I don’t know.

Sarah Pring’s Mrs Grose acts as a no-nonsense anchor; she really looks the part and sings effectively throughout. In this admirably clear production, the Governess, taken with searing intensity by Rhian Lois, reveals the extent of her sexual repression only in her singing. Indeed her desire to protect the children seems driven not by love but through a sense of duty; she is no less moving for it. For all the demands of Britten’s writing, Lois impresses with her sense of drama. When faced with Miss Jessel, and as the full extent of the corruption of the children’s innocence strikes her, Lois’s shriek of “horrible woman!” pierces as a primeval sound from deep within the gut, and the effortless wonder of Myfanwy Piper’s libretto again reveals itself.