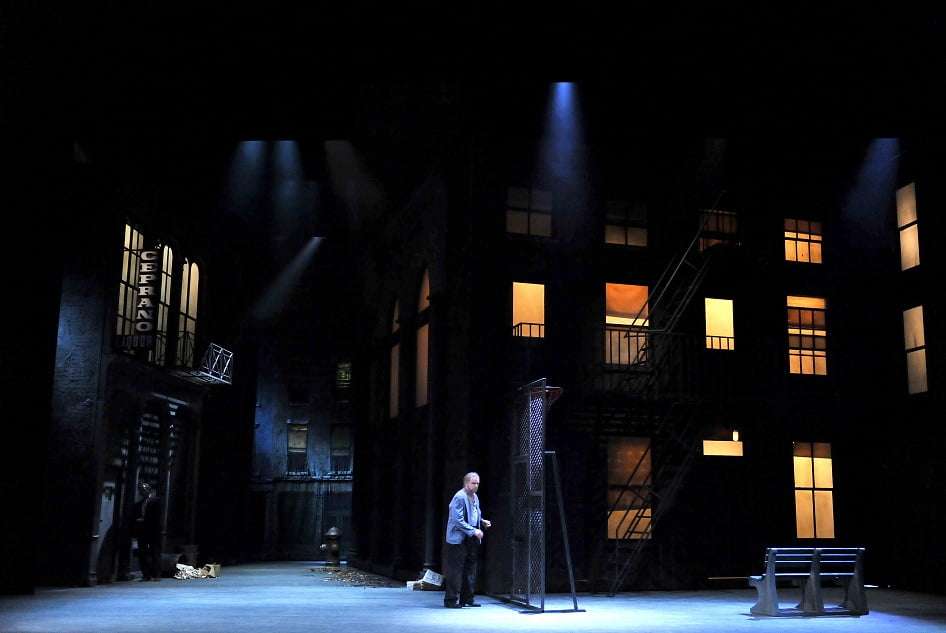 In 2014, English National Opera brought in a new Rigoletto (the one set in a gentlemen’s club by Christopher Alden) and retired Jonathan Miller’s 1982 stalwart, which had served well as a popular and bankable classic and which also harked back nostalgically to the company’s glory days. It has now been pulled out of retirement for its thirteenthrevival, and while I thought in 2014 it was high time for a new take on Verdi’s revenge melodrama, Alden’s fussed-up directoritis was not the answer.

For the time being, then, welcome back to Little Italy in 1950s’ New York, a self-sufficient society-within-a-society under the venal, protectionist and violent rule of the Mafia. The updating makes sense for James Fenton’s translation, which keeps its Italian currency by not rendering the basics into English; the pecking order of the Mob is well observed by the men of ENO’s Chorus; the costumes are stylish; Rigoletto’s flyblown tenement the last word in urban deprivation; and Sparafucile’s Hopper-style bar sits neatly on desolation row, even if the Duke’s ‘La donna è mobile’ and the jukebox trick didn’t work as well as I remember it.

Rigoletto’s search for Gilda in Act Two (after she is kidnapped and then debauched by the Duke) lacked the vital pathos. The ensembles, in a staging that relies on tightly plotted direction, in general fare better than the solo work, as though the designs and concept are deemed strong enough for the rest to take care of itself. 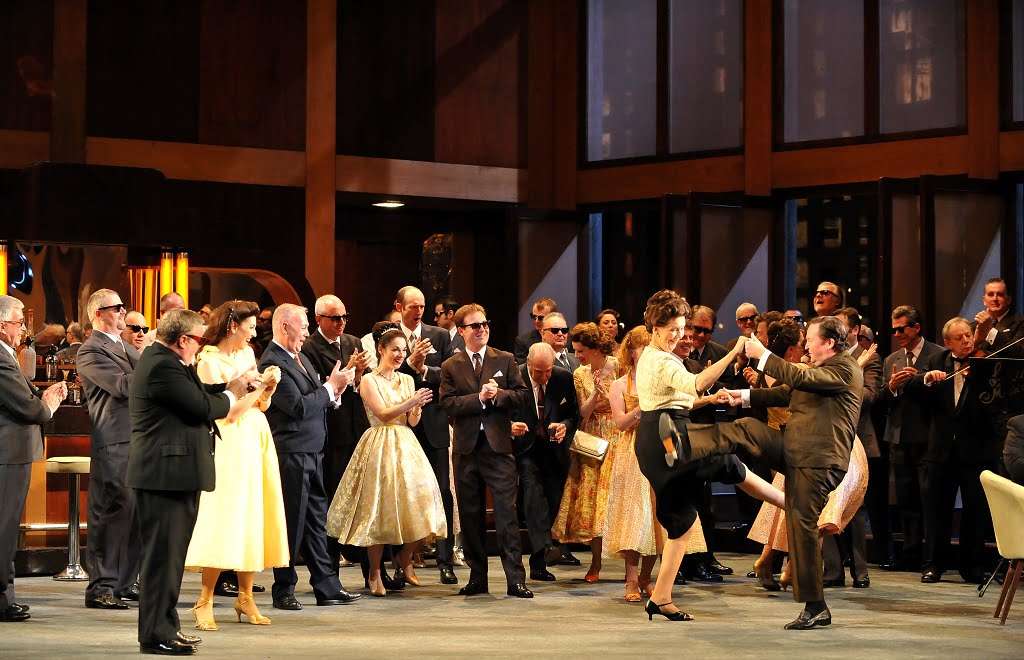 ENO shows no sign of ending its love-affair with American singers, in this case the three principals. Sydney Mancasola in ENO debut as Gilda has a confident soprano with an innocence and lightness that, in one of the few subtleties of the evening, takes on a darker fullness after her session with the Duke; and she was very effecting in Act Three, hovering in front of the door to the bar before plunging in to her fate. Joshua Guerrero, in his London and ENO debut, puts his big heroic tenor and odd-sounding but clear diction at the disposal of a rather disengaged Duke, and he didn’t exude that Capo-di capi allure that Gilda is so enslaved by. Nicholas Pallesen, debut in the title role, may have lacked the ultimate, baleful blackness of voice associated with Rigoletto, but it’s big and his acting bigger in a convincing portrait of the obsessed, hating and hated joker who unwittingly engineers his daughter’s murder.

In a production that has Sparafucile merging in and out of the shadows like a wraith, Barnaby Rea and his sinuous baritone dominated the scenes he was in, and Nicholas Folwell’s Monterone delivered a magnificent curse on Rigoletto. Judith Douglas’s cameo as Giovanna, Rigoletto’s housekeeper/‘companion’ was all sharp duplicity, and Matthew Durkan’s Marullo and Andri Björn Robertsson’s Ceprano added to the unpleasantness of the Duke’s ‘court’.