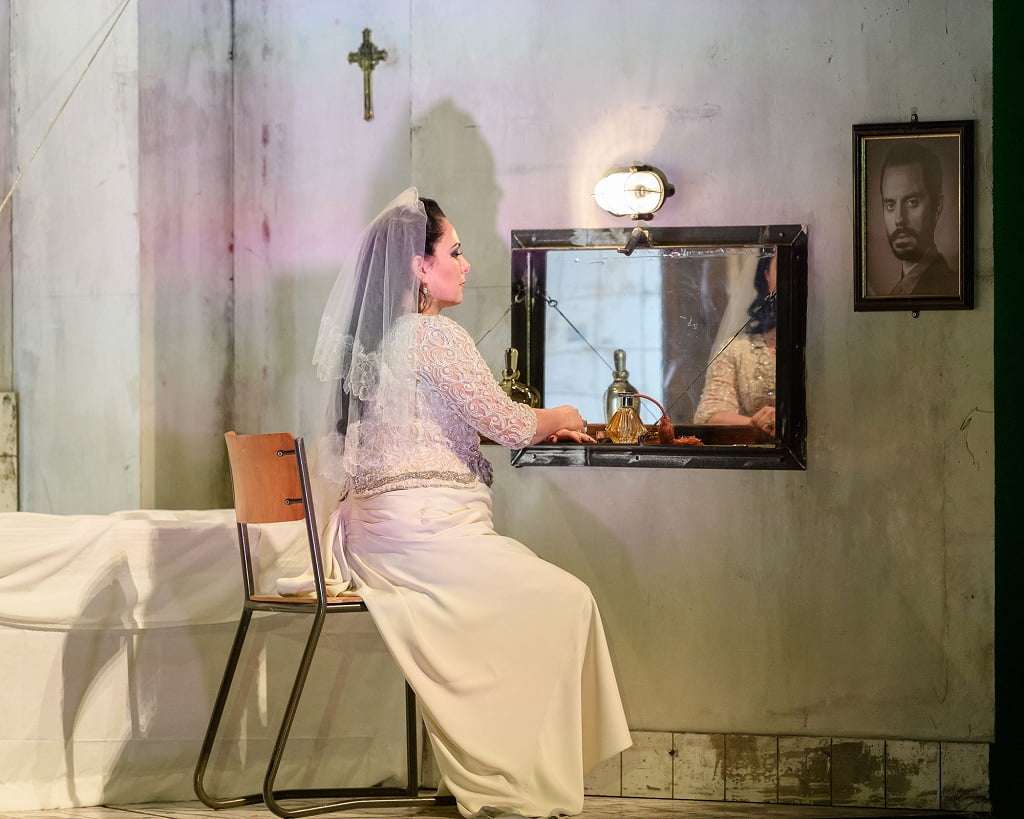 In ENO’s revival of Rodelinda, humour, often burlesque, provides contrast to the stern realism of the love, control and betrayal central to one of Handel’s masterpieces. Richard Jones’s production takes opera seria by the horns and fashions a remarkably inventive, often dark yet entertaining staging.

By Handel’s standards the plot is relatively straightforward. King Bertarido, believed dead, has been deposed by Grimoaldo, the Duke of Benevento, who then attempts to win the grieving queen, Rodelinda. When Bertarido returns her fidelity is put to the test but she outmanoeuvres the despot and is reunited with her exiled husband, virtue intact. Events are agreeably transparent, the narrative aided by Amanda Holden’s excellent translation, her direct language making for immediacy. 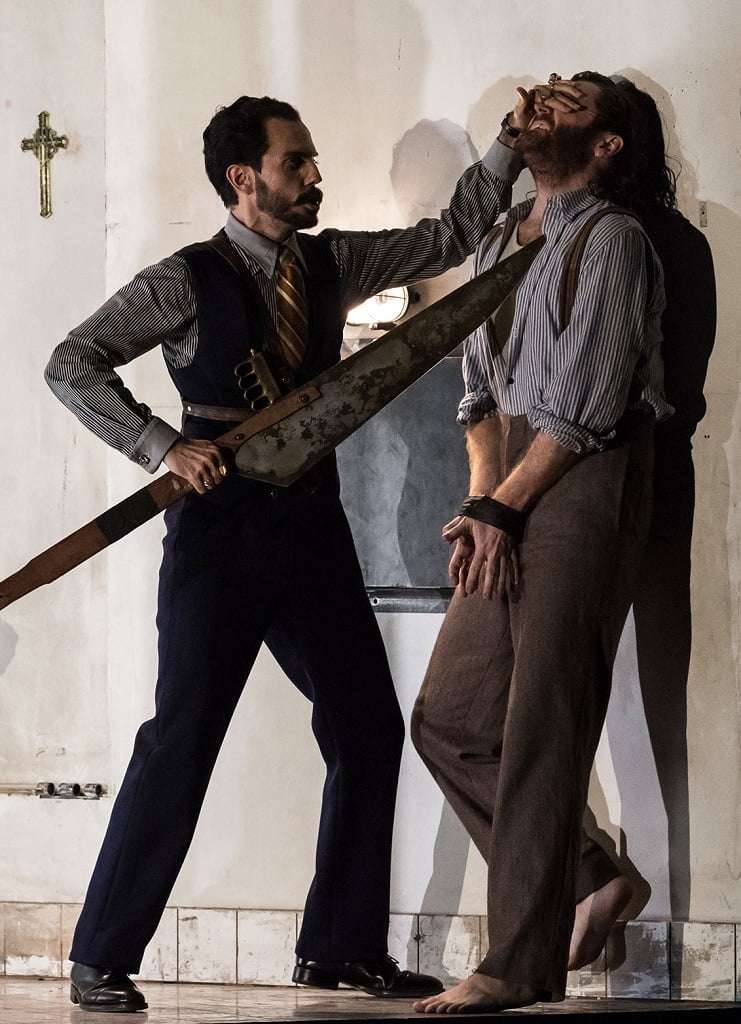 Situated in post-war Milan, Jeremy Herbert’s imaginative set mostly divides into two rooms; one a dark-panelled headquarters for Grimoaldo, the other, across a dingy corridor, a grimy cell occupied by the beleaguered Rodelinda and her mute son Flavio. While this juxtaposition neatly amplifies the plot’s power-struggle, dramatic tensions are heightened by insinuations of ownership – Rodelinda’s name is tattooed on Grimoaldo’s back – and there are surveillance cameras in her chamber. An imposing monument to Bertarido graces the stage as does a neon-lit cocktail bar that provides refuge for his late-night self-pity. Lighting and costumes augment the detailing behind Jones’s creativity.

It’s a provocative vision, made ingenious by enhancing the realism through comic effect, in two instances using gallows humour that borders on buffoonery: in Rodelinda’s rage aria ‘Morrai, si’ (You shall die) Flavio mimes the many ways in which his mother plans to kill Garibaldo, and the latter, when racked with indecision as to whether to murder Bertarido, his intended victim offers an assortment of weapons including an acetylene torch. How the audience howled with laughter!

But there are as many moments of searing emotion, markedly so in arias of gentle reflection. Tim Mead is magnificent as Bertarido and his laments (accompanied by bewitching recorders and bassoon) combine wonderfully effulgent tone with intensity of expression. Rebecca Evans reprising the lead remains wonderfully versatile, whether deviant or grief-stricken – and she captures outpourings of love to perfection. No less inspired is Juan Sancho as the morally rudderless Grimoaldo who draws our sympathy with the unbearable pathos (and some fabulous pianissimo) of his closing aria in which he dreams of a simpler life. 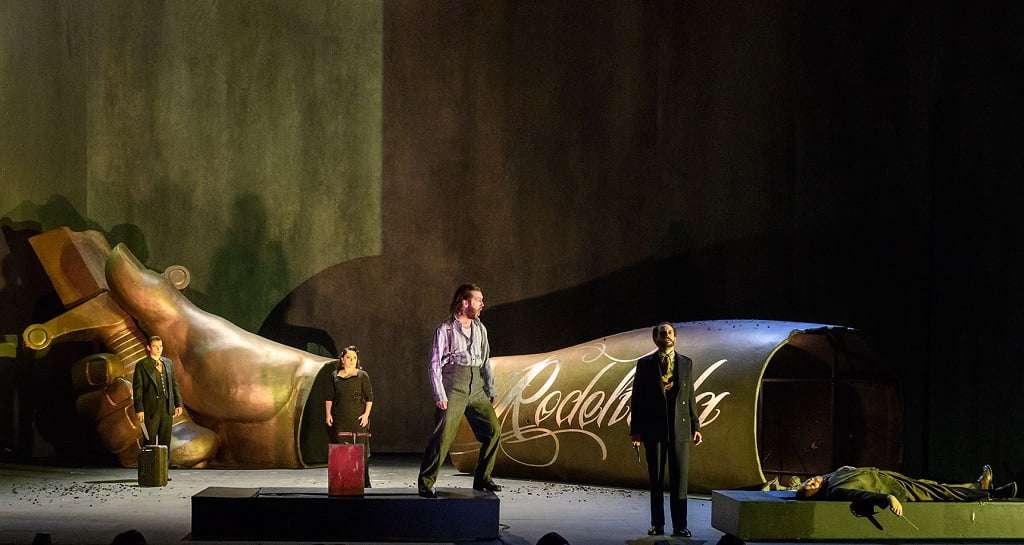 Neal Davies as Garibaldo is convincingly sinister, his impressively rich tones and claims that “romance would be perdition” utterly persuasive, while Susan Bickley is an equally plausible Eduige (Bertarido’s sister) traversing scorn to witty benevolence. Christopher Lowrey as the ever-cheery Unulfo (even when stabbed accidentally by Bertarido) is superbly assured, and Matt Casey makes the most of Flavio, a mute role.