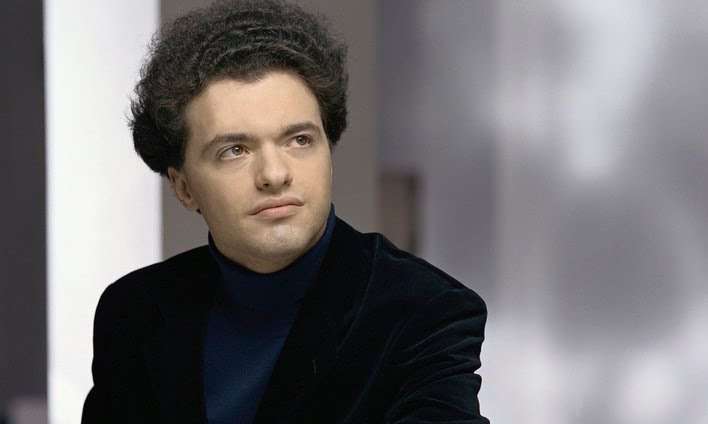 When Evgeny Kissin gives a recital, there’s a buzz in the hall, an air of expectation. The kind of wonderment that comes from greatness before us. It sends a shiver. Redolent of times long ago with Rubinstein, Horowitz, Małcużyński, Richter, Gilels, Michelangeli, admirers queuing for returns, legendary faces everywhere, the auditorium stilled into silence, a lone black Steinway waiting, lights dimmed, this concert of intellect, heart and execution was of an order one rarely has the privilege to witness.

Starting with the ‘Hammerklavier’ was a feat in itself. Kissin met it head on, giving us what the composer wrote, minimal personal intrusion at a premium. He didn’t reconcile its more baffling juxtapositions – still defiant two centuries on – but he made the listener consider them afresh. The grand opening ‘symphony’ (exposition repeated), the crazed Scherzo alternately playful and perplexing, the Herculean closing fugue. And, of course, the F-sharp minor Adagio, holiest of grails, at around twenty minutes taking up nearly half the performance. The debate of the outer movements was toughly wrought, the lean, lithe attack of the first movement’s development section setting the bar high. With the Adagio we entered the inner sanctum of a private chapel, a place for private contemplation, the Neapolitan G-major responses glinting faintly, a whole alter at sunset spread before us, candles flickering here, snuffed out there. The religiosity, the Geheimnis, of the moment was palpable. The final fortissimo chord of the work reached, more massively toned than anything preceding, the overriding impression of this reading was of composer monumentality before artist ego, of the pianist as priest and medium. Mindful of Beethoven’s indications, pedalling was sparse, making for pinpoint clarity – if not always flattery: the dry, clattering upper registers of the instrument could have done with more ‘ring’ and support. The attention to dynamics was throughout keen, likewise, when called for, the realisation of the ‘orchestral’ tutti writing. The handling of the ‘big’ foreground double-octaves at bars 27ff and 259ff of the first movement, though, raised a query. Beethoven marks these staccato, with sforzandos on the first and third beats. What we got in Kissin’s combination of accents and lightly-feathered pedalling was a sequence of audibly slurred couplets.

With the Rachmaninov Preludes – I-VII of Opus 23 (1901-03) and X, XII & XIII of Opus 32 (1910) – images of darkness and desolation, walls of granite, the malachite mines of the Urals, unrequited kisses, epic horizons consumed and held the minutes. The galactic scale of Kissin’s technical armoury needs no reminding. But here as well we had the command and delivery of a grand orator, the power of an Olivier. The idea of building towards a single dramatic/emotional point, surging into climaxes, lingering in aftermath, anticipation and reflection, was central to Kissin’s approach. Maybe the D-major (Opus 23/4), a little hard, wanted for ultimate tenderness, maybe the G-minor Alla marcia (Opus 23/5) was a touch too brisk, losing out to Gilels, Moscow ’77. But the internal voicing throughout the ten numbers was magnificent. Perfectly formed, a spinning-song à la russe, the G-sharp minor (Opus 32/12), fleet in figuration, sad in melody, had echoes of Horowitz. The funereal B-minor (Opus 32/10), picturing (Moiseiwitsch used to say) Arnold Böcklin’s The Return, peaked massively, maximum shoulder weight propelling each chord, yet with room for painful sorrow and dying beauty. More or less flanking Kissin’s set, the B-flat (Opus 23/2) and final D-flat (Opus 32/13) seized us by the throat, variously aristocratic, glorious, wondrous, resplendent in their tonal colour and waves of ascending sound. By the end of the D-flat we’d arrived at a Valhalla verging beyond human reach and pacing, the crowning chords royally ceremonial and tolling.

Kissin has been touring this programme this season. From his freshness, his reserves of strength, you’d have never guessed it. Four Russian encores. Scriabin’s early Étude Opus 2/1, greyly soulful. His own Toccata, possibly the single physically trickiest piece of the evening, variously barbaresque and boogie. Rachmaninov’s ubiquitous C-sharp minor Prelude, Opus 3/2, the gradation of the closing chords a masterclass in dynamic shading and balance. Tchaikovsky’s D-major ‘Méditation’ Opus 72/5, faded old-world nostalgia, trills as vaporous as mist.