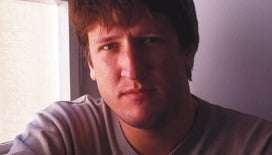 Evgeny Samoyloff is a Russian pianist (born in Blagoveshchensk) who has studied with Teofils Bikis (in Novosibirsk and then in Riga). Later, he attended at the Guildhall School, London (with Joan Havill) and the London College of Music (Raphael Terroni and Peter Katin). His programming is intelligent, on the basis of the present recital. The key of F sharp (major and then minor) book-ended the interval. Samoyloff furthermore presented the Mozart C minor Fantasia as a stand-alone piece (it is sometimes presented in tandem with the C minor Sonata, K457, a practice questioned by many, among them Alfred Brendel). It was the promise of Scriabin’s Third Sonata that had lured me to this recital – it is not one of the most played (all ten sonatas could do with more outings, anyway).

It was evident from the off, though, that the Wigmore Hall’s acoustic was to pose some problems. Samoyloff tended to over-project melodies (his lumpy legato not helping). Accents could be non-subtly stabbed-at, and the scales of the conclusion of the Mozart were massively perfunctory.

The lumpiness of phrase extended into the seven Bagatelles of Beethoven’s Opus 33. Welcome moments of perception, such as the invocation of horn-calls in the first and the cascades of the fifth, vied with a general lack of charm. The capricious nature of the second Bagatelle simply sounded learned rather than felt, and Samoyloff missed the tranquil basis of the fourth (an Andante). Charm was similarly ignored in the first movement of the Opus 78 Sonata (a tendency to rush underlined this); in contrast, the fast finale was playful. No technical problems at all anywhere here, but no real signs of identification with the music, either.

Scriabin’s Third Sonata dates from 1897 and exhibits many pointers of things to come in the composer’s language while making definite references to the composer’s Chopinesque roots. Caution played its part to Samoyloff’s approach – the opening bass leaps, though not particularly perilous, sounded over-cautious and, although, linearly, all was well thought-out, Scriabin’s characteristic perfume seemed absent. The restless second movement Allegretto came off best; Samoyloff missed the harmonic poignancy of the Andante almost completely (and again over-projected at times). At least the finale had flow.

Finally, Mikhail Pletnev’s arrangement of pieces from Tchaikovsky’s The Nutcracker (with Samoyloff transposing the Chinese Dance back to its original key of B flat – Pletnev had put it into A major). With more overt virtuosity, Samoyloff finally seemed somewhat at home, bringing Lisztian grandeur to the ‘Intermezzo’ and virtuosity to the ‘March’. But the ‘Trepak’ seemed cautious, and fortes in the final ‘Pas de Deux’ were forced.