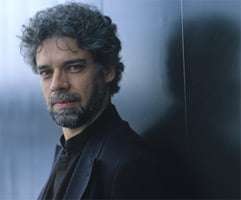 François-Frédéric Guy was one of a small group of super-virtuosi that came to pre-eminence in the mid-1980s. His well-nigh-perfect technique was originally allied to emotional reticence. This recital offered the chance to hear whether, with greying hair, whether Guy has become more involved in his music-making.

The first of the Brahms pieces was not Presto, and there was considerable slowing for the second theme. Rather than use rubato, Guy resorted to smaller tempo variations that disturbed the flow of this and every other piece in the collection. In compensation the dynamic shading in the Second of the group was exceptional. In the second section of the Third the phrasing became rather abrupt and that sense of seamless flow that is essential in late Brahms was rarely present. Nor there was a true sense of conversation in the Adagio Intermezzo, for all the beauty of the imploring right-hand and tolling left. The Andantino teneramente’s phrasing became rather square at anything above piano and the final Allegro agitato failed to exult.

Late Beethoven certainly needs more than surface beauty and the opening movement passed by with little sense of pulse and a natural rise and fall to the phrasing; while the scherzo needed a greater sense of danger and propulsion. The final four sections of the work comprise an arioso combined with fugal writing and, here, where the aria returns after the first fugal outburst, the heart didn’t stop. This is incredibly moving and beautiful music, but in Guy’s hands there was only sound. The final fugue was more powerful with the introductory chords superbly pedalled and every line vividly realised and portrayed; yet the brief and immensely powerful coda was underplayed.

In the Schubert, the first movement’s opening subject was very clean at a moderate tempo. Rather surprisingly the second subject was taken very slowly and, as in the Brahms, there were numerous small tempo changes. Thankfully the exposition repeat was observed, but Guy didn’t take the opportunity to vary his phrasing though the development brought real tension and the delineation of line and rhythm was very powerful. In the slow movement’s Gondoliers song the sound was exceptionally beautiful and the effect almost hypnotic. There was no tempo change for the central section’s assault on tonality and the climax was slightly underplayed. The listener should be jarred and knocked back in their seat. This didn’t happen here. The scherzo was notable because it contained only the second wrong note of the evening (the first had been the first movement’s development); otherwise it was suitably angular, but there was no sense of darkness in the trio. Guy voiced the sublime rolling chorale of the finale in a flowing and natural way and there was only a marginal reduction in tempo for the second subject. However the enormous sense of cumulative power that Kovacevich, say, brings to this music was absent.

There were two encores, the second of which was a rapt account of the first movement of Beethoven’s ‘Moonlight’ Sonata.

So, to answer the introductory question – has Guy become more emotionally involved? I’m afraid not. Like so many pianists of his generation, sound and technique are all that seem to matter. This is a pity, because I suspect that somewhere within him lies a true Romantic!