With England and France facing each other in a Euro 2012 football match later the same day, it was pure coincidence that music from both countries should make up this engaging BBC Radio 3 Lunchtime Concert from François Leleux and Emmanuel Strosser. 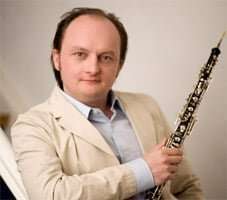 Benjamin Britten’s Temporal Variations received its first performance at Wigmore Hall from Natalie Caine and Adolph Halls on 15 December 1936, but the work remained unperformed and unpublished until 1980. Leleux and Strosser gave a performance that caught the piece’s changing moods, from the tense early exchanges, where Strosser kept his use of the sustaining pedal to a minimum, to the full tone of the long notes used by Leleux in the final ‘Resolution’. The range of colours he was able to conjure was extraordinary, with a soft, breathy tone adopted for the Theme and a rapt concentration achieved in the ‘Chorale’. The gruff interjections from piano made this a duel as well as a duet, though there was a strong sense of unity by the end.

The Ovid Metamorphoses of 1951 are for solo oboe, and are prefaced in the score by brief characterisations. These were read out by Leleux in charming asides. The sonorous notes of ‘Pan’ found a mellow tone closer to that of an alto saxophone, while in ‘Phaeton’ the tricky, stop-start rhythms were very well negotiated until Leleux portrayed Phaeton’s fall from the sky with uncanny accuracy. The oboist continued to dazzle with flair and vivid characterisation, the watery ‘Narcissus’ and ‘Arethusa’ ending with a beautifully painted description of the fountain. 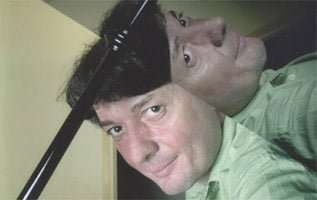 Poulenc’s Oboe Sonata was completed fifty years ago, and is his swansong to life. Dedicated to the memory of Prokofiev, its sense of leave-taking is evident throughout, and Leleux and Strosser were careful to mark the seriousness of the music. The ‘Elegie’ found Strosser using much more pedal than in the Britten, occasionally at the expense of incisive rhythmic definition, but ‘Scherzo’ was crisp and light on its feet, contrasted with an expansive middle section. The furrowed brow was never far from the surface, though, and returned in a poignant ‘fading out’ of the third movement.

Henri Dutilleux has effectively disowned his Oboe Sonata, a competition piece from 1947, as an example of divertissement style. Yet the piece is hardly an insignificant trifle, and Leleux and Strosser illustrated this in a keenly concentrated performance. There were light, jazzy syncopations in the scherzo, but these were deliberately short on humour, and the powerful climax added considerable weight. The finale also threatened to be carefree, but acerbic elements rose to the surface again and eventually won through to a convincing conclusion.

Leleux brought charm to the concert, which extended to the flourishes of the encore – the finale of Saint-Saëns’s Oboe Sonata.