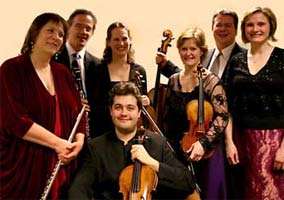 Named after Smetana’s piece for Violin and Piano, the Nash Ensemble’s main Winter series “From my Homeland” got off to a flying start with this attractive programme. For the purposes of the series Brahms seems to have been co-opted as an Honorary Czech, not because of any particular Czech affiliations but because of his sponsorship of Dvořák. Especially welcome was the opportunity to hear his First Serenade in its Nonet version as reconstructed in 1987 by the late Alan Boustead (for a concert and recording by the Academy of St Martin in the Fields Chamber Ensemble).

Josef Suk’s attractive but rarely heard Piano Quartet in A minor (his Opus 1) was composed when he was just 17 when he was studying at the Prague Conservatoire under Dvořák and it became his graduation exercise, receiving its first performance at the Rudolfinum by a group of Dvořák’s students. Later, Suk was to become Dvořák’s son-in-law and although inevitably the Quartet’s three movements bear some of the hallmarks of his soon-to-be father-in-law (notably the soaring cello tune in the slow movement) Suk’s music is less definably Czech and could equally well have been written by a follower of Brahms. There are some memorable moments, notably the lyrical opening of the slow movement over a gently pulsating syncopated piano accompaniment and the Allegro con fuoco finale. The Nash Ensemble sometimes tackled the work with more enthusiasm than polish – the finale was earnest rather than joyous – and best of all were Paul Watkins’s eloquent contributions. 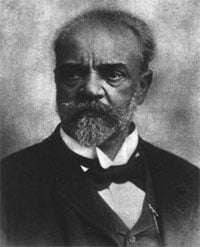 Dvořák’s Wind Serenade is one of those pieces that should send any audience away with a spring in its step. (Despite its being in D minor, the expression “feel-good” might have almost been invented to describe the work.) The whole work was composed inside two weeks. In addition to the basic classical wind-band pairings of oboes, clarinets, horns and bassoons used by Mozart and Beethoven, Dvořák adds a third horn and a contrabassoon as well as a cello and double bass.

With 12 players and a conductor in the wings for the Brahms Nonet, it was rather surprising that the Nash chose to dispense with his services for the larger-scale Dvořák. Although the results were never less than agreeable, they were occasionally slightly lumpen (in the opening ‘March’) and lacking a certain light and shade in the gentle ‘Sousedska’ second movement. However there were some fine individual contributions, notably from Christopher Cowie who perfectly touched in the little passage in the finale where the music rounds the final furlong and begins to head for home, and the climax of the Andante generated real passion.

If anyone wanted a demonstration of what a conductor does then a comparison of the ‘conductor-less’ Dvořák with the ‘conducted’ Brahms would have made the point. Whereas the former, delightful though it was, remained comparatively earthbound for much of its duration, the opening paragraph of the Brahms (under the undemonstrative but watchful eye of Martyn Brabbins) breathed and sang from its first note, textures and dynamics perfectly clarified. Much better known in its full orchestral garb, there is some debate as to its original gestation and subsequent metamorphoses from its chamber origins into the version we know better. (For informed background on this, by Joel Lazar, please click on the link below.)

Suffice it so say that the Nonet version was well worth the detour, Brabbins teasing out a very welcome delicacy at every turn – the first movement fade-out was perfectly etched by the flute and clarinet – and yet, despite the modest forces employed, it was highly effective in building the music’s symphonic tensions over long paragraphs. Throughout the work there was the added bonus of some wonderfully secure horn-playing from Richard Watkins. The second movement, taken at a natural and unforced tempo, had exactly the requisite Schattenhaft quality. Only in the Adagio non troppo did one seriously part company with Brabbins – it wasn’t that it was too fast (although it was), more that its essential character of repose was lacking, the main melody under-characterised as it slid by and the tempo too easeful to allow the pauses to register fully.

By contrast the remaining movements were uniformly excellent, delicacy and shading from both clarinettists in the ‘Menuetto’, a gloriously golden horn in the scherzo and a sprightly tempo with skittering strings in the contrasting central section. The finale, which can sometimes galumph heavily, was taken here at a sensibly relaxed speed allowing elbow room to dance, the effect almost Mendelssohnian at times (such as in the chuntering accompaniment to its second subject). Only as we entered the work’s final straight did one seriously miss that cathartic surge of homecoming which larger forces bring to this apotheosis.

Boustead’s decision to include both scherzos in his so-called ‘reconstruction’ was evidently controversial to some. However to have excised them on the grounds that some scholars believe they were added only in the process of orchestrating the original would have been to have cut off one’s nose to spite one’s face. Presumably the object of the exercise was not the pursuit of some spurious textual authenticity (which is fundamentally not provable), but to give a feeling for the soundworld of the work in its earliest form before it found its way into the standard repertory in the later and more familiar orchestral form. Judged by these criteria, the Nonet works perfectly well, especially when played with such a light touch and such evident affection as it was on this occasion.