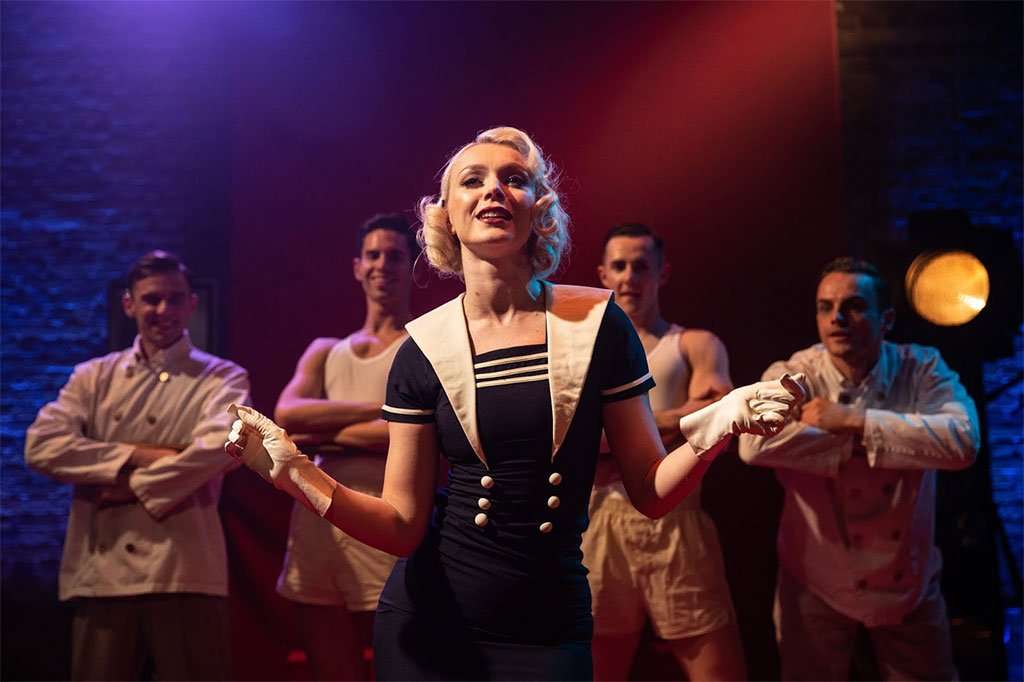 In its day Gentlemen Prefer Blondes was a popular musical. It later became a vehicle for Marilyn Monroe when 20th Century Fox cast her in the film version opposite Jane Russell. The show dates from 1949 when it ran for over 700 performances in its Broadway premiere. It is based on comic stories by Anita Loos (1889-1981), the prolific American author of films, plays, novels and memoirs. She wrote Gentlemen Prefer Blondes in 1925. Subtitled “The Illuminating Diary of a Professional Lady”, the book’s genesis was a series of humorous sketches which appeared in Harper’s Bazaar magazine. The sketches were all about love and how to get it but done in a non-prurient way. The eventual book became a bestseller and continued to be so through eighty-five editions and was translated into fourteen languages.

There was a stage version of the book in 1926, followed by a silent film version made in 1928 but it was not as successful as the book itself. In 1949 composer Jule Styne, lyricist Leo Robin and librettist Joseph Fields teamed up with Loos to write the musical. It turned out to be the show that introduced Carol Channing to Broadway and it gave her first big success. She later went on to even greater success in Hello, Dolly! creating the role of Dolly Levi, even though Jerry Herman had written it for Ethel Merman who eventually played the part in its last season in 1970. 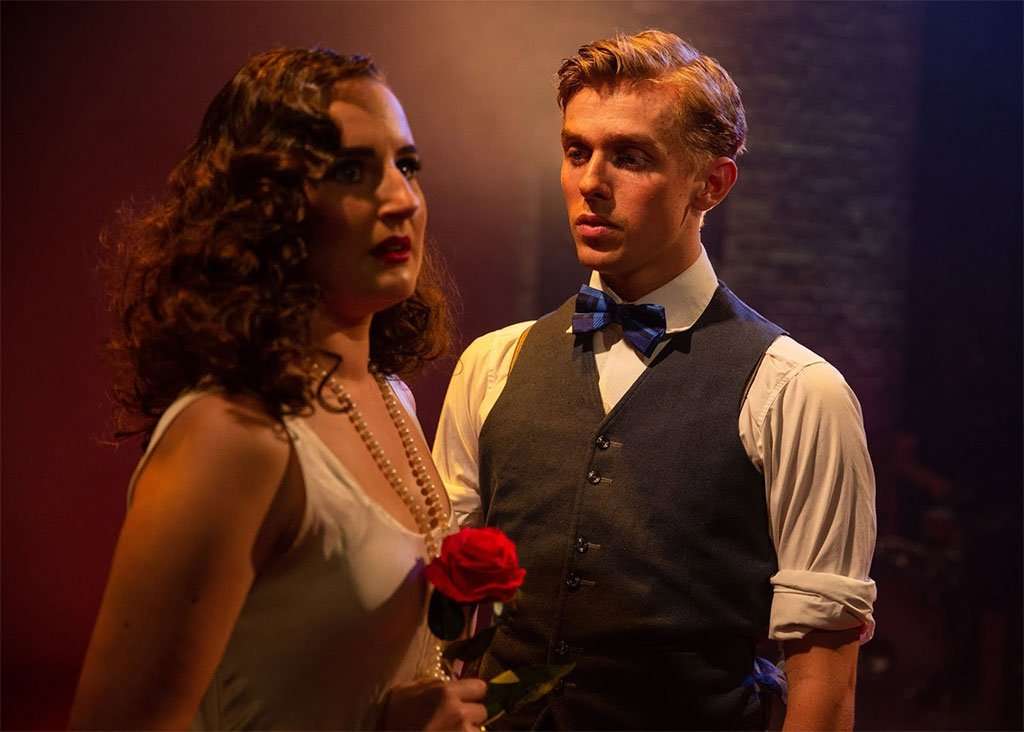 Although it premiered in New York in 1949, it took a long time for Gentlemen Prefer Blondes to reach London, in fact not until 1962 when Dora Bryan headed the cast as Lorelei Lee. Broadway revived it in 1995 and Ian Marshall Fisher staged a concert version in his Lost Musicals series in London at the Barbican in 1997, with Louise Gold and Kim Criswell. In 1974 Carol Channing was also in a revised version called Lorelei. It is not a show that many people have seen; however, most will recall it from Howard Hawks’s film.

The plot now seems somewhat simplistic but as it is a wacky comedy its silliness goes by the board. Two flappers, Lorelei and Dorothy, are heading for France on a liner to enjoy the delights of Paris. Lorelei is taking a break from her sugar daddy Gus, and Dorothy is her chaperone. Aboard the Ile de France Lorelei meets various rich admirers while Dorothy hangs out with some young Olympic sportsmen. There’s a lot of nonsense about buying a tiara, for which Lorelei has to borrow the money and, on arrival in Paris, there are more shenanigans before all the loose ends are tied up. Some nonsense about zippers and buttons occupies the plot for a while until marriage-vows are made and everybody goes home in a state of enthusiastic elation.

If the comedy seems a tad dated , it works solely through the strength of the company who seem to believe the absurdities of the situations. There are twenty or so songs and some are not up to the usual Styne & Robin standards. Styne’s other shows included High Button Shoes, Two On the Aisle, My Sister Eileen, Bells Are Ringing, Gypsy, Do Re Mi, Funny Girl, Darling of the Day, Bar Mitzvah Boy, and The Red Shoes. That said, however, there are a few songs that have had a separate life, such as ‘Bye Bye Baby’, ‘I’m Just a Little Girl from Little Rock’ and ‘Diamonds Are a Girl’s Best Friend’. 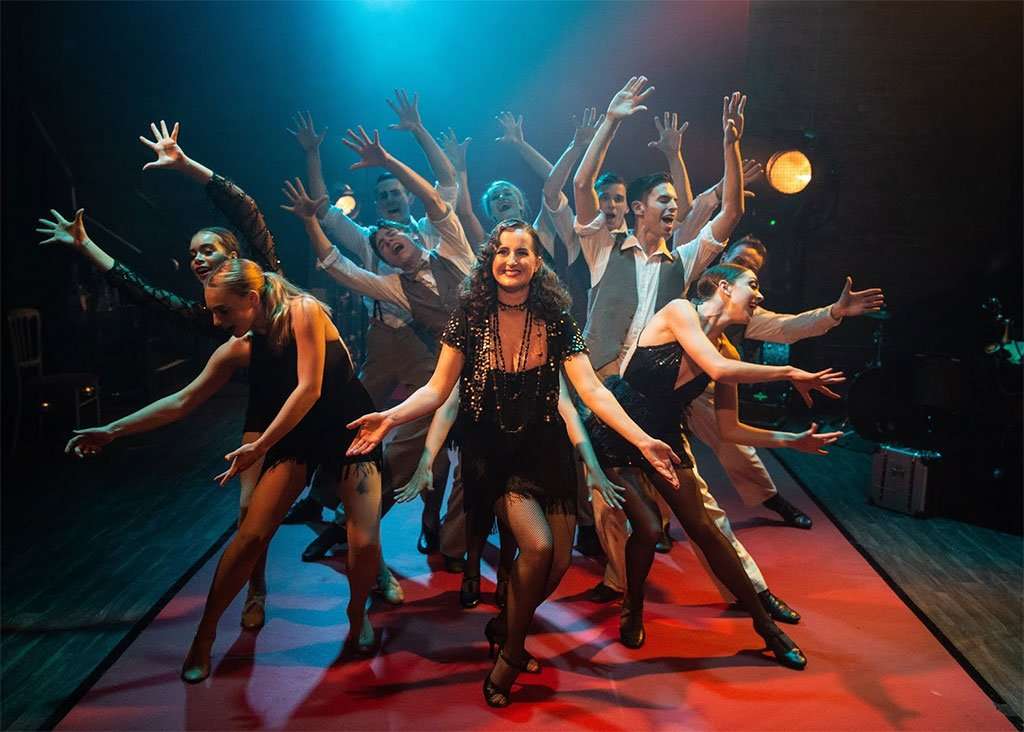 As Lorelei Abigayle Honeywill does not so much gives an impression of Monroe, for it’s more like Jean Hagen as Lena Lamont in Singin’ in the Rain. She is very funny and she puts her numbers across with an enviable freshness and does ‘Diamonds’ every bit as well as the late great Marilyn. Honeywell’s Lorelei has a good foil in Eleanor Lakin as Dorothy (the part Anita Loos claimed was based on her own life). The ensemble of youngsters, boys and girls, acquit themselves very well. Producer-director Sasha Regan has always gone for big casts in small spaces. Even in the Union’s present building there is not much space to spare but Zak Nemorin’s choreography zips along at a frantic pace with assorted limbs flying all over the place, often defying gravity, and turning in some exceedingly complicated routines that wouldn’t go amiss on Strictly. As a company these singers and dancers are simply terrific. The small band and Henry Brennan work wonders on the score.

It is good that Regan and the Union Theatre are reviving a lost show such as this, because, well, who else is going to do it?