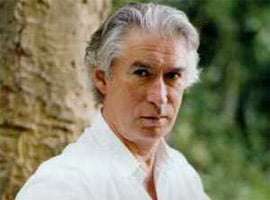 A large audience gathered at St John’s, Smith Square to remember the composer Geoffrey Burgon who died at the end of 2010. Perhaps this event was originally intended to be a 70th-birthday concert, but this was still a celebration rather than a memorial concert and fittingly covered two of the genres for which Burgon is best known – music for the small screen and choral works, but also included two recent concertos, performed by the soloists for whom they were written.

Both concertos (already recorded by Chandos) look to popular music for their inspiration, the one for viola to 1930s’ and 1940s’ dance music that the composer remembered hearing on the radio as a child; and the Cello Concerto to music from ‘film noir’ movies of the late-1940s and the 1950s. ‘Ghost of the Dance’ includes illusions to a wonderfully sleazy tango and a soft-shoe-shuffle, whilst the Cello Concerto climaxes in what the composer called “a kind of Hollywood Heaven”. The relatively slender orchestral forces are deployed with great skill, including colourful solos for trumpet, bass clarinet and harp, and with the use of much percussion – but therein lays the problem. The concerto parts, despite the strong advocacy of both soloists, are thinly characterised and nowhere near as striking as what is going on in the orchestra; and the Cello Concerto is far too long for its meagre material, though this might have been less noticeable had the piece been given more rhythmic impetus from the front of the platform. It is only fair to report that I seemed to be in the minority as far as this view is concerned.

Sacred choral music was central to Burgon’s output as the list of such works included in the elegantly produced programme-book showed. The Wellensian Consort sung five of his shorter pieces, beginning with But Have Been Found Again, a startling response to a text by one of his favourite religious poets, St John of the Cross, Burgon’s restrained, syllabic, sometimes-austere setting being at odds with the mystic erotic imagery of the words – and all the more effective for that. Having conducted the piece myself, I knew that, but sadly most of the audience would not as no texts appeared in the programme. The choir (BBC Choir of the Year in 2010), one or two pitching problems aside negotiated these tricky pieces well, but it was unfortunate that all five were in pretty much the same tempo, duration and character. The last of the set though, Love Me Brought, one of Burgon’s last pieces, was undeniably touching.

The final part of the concert showcased some of Burgon’s most successful music for television – the unforgettable main theme from Brideshead Revisited still managing to be particularly stirring, even without the images. Ellen Arkwright had a fitting purity of tone for the ubiquitous Nunc Dimittis (from Tinker, Tailor, Soldier, Spy), with trumpeter Nicholas Betts, and a charming innocence for ‘June’s Song’ from The Forsyte Saga – an upbeat end to a real celebration of a fine composer. Now will someone please revive Geoffrey Burgon’s Requiem.