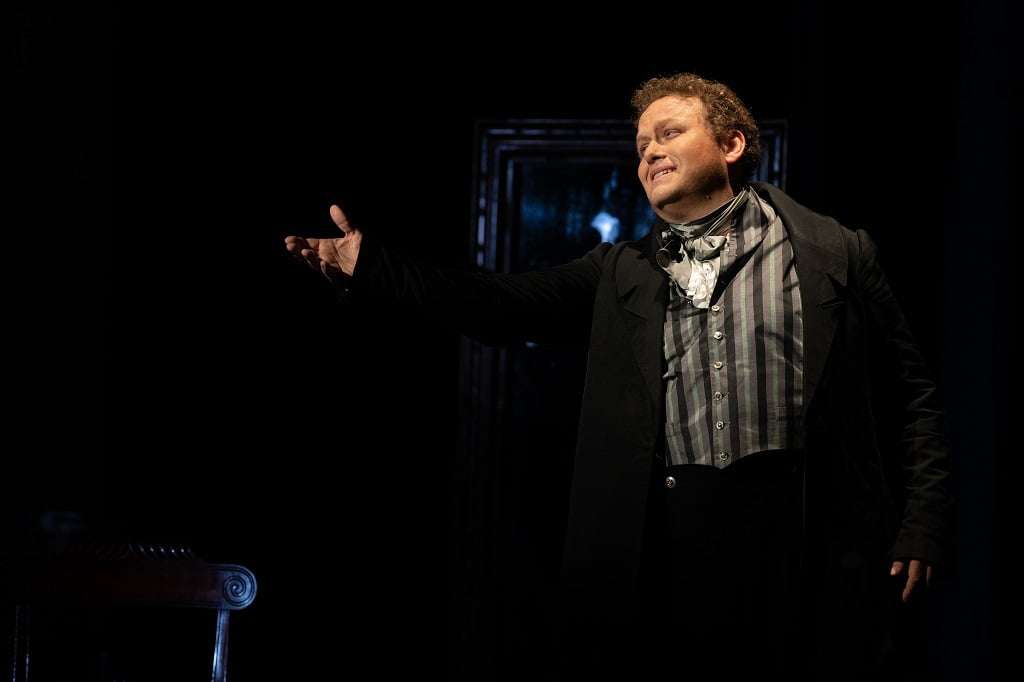 Pushkin’s writings have given rise to over a hundred operas, most of them Russian, to which tally this newcomer by Konstantin Boyarsky and Marita Phillips can be added. Their opera covers the last decade of Pushkin’s life – his return from exile (imposed for his radical and divisive Ode to Liberty, which incidentally saved him from the Decembrist Uprising); the vain efforts by the new Tsar, Nicholas I, to use Pushkin’s popularity; and, above all, the circumstances leading to his death (in the winter of 1837), as the result of a duel he fought with his brother-in-law, Georges d’Anthès, whom he suspected of infidelity with his wife Natalya. The project has been some fifteen years in the making, and Phillips’s libretto has gathered extra authenticity from the fact that she is the great-great-great-granddaughter of both the Tsar and Pushkin. Boyarsky, a viola-player in the Orchestra of the Royal Opera House, became involved in 2012, and Pushkin had its premiere in a concert performance by Novaya Opera in February last year.

Pushkin inspires among Russians the sort of unswerving devotion British people have for the Queen, probably more so, and Phillips, who refers to him at one point as “the People’s Poet”, makes a point of puncturing his demigod status by playing up his financial and moral fecklessness. It is the music, though, that counts, and Boyarsky has come up with an amazing hybrid of a score, which is unashamedly nineteenth-century in style, roping in the Russian romantics without blinking an eye. There are waltzes, plangent instrumental solos (with some luminous writing for trumpet) and some hefty choruses; references to the Russian school in general and to Eugene Onegin, The Queen of Spades and Boris Godunov in particular came thick and fast – prophetically so in the case of Onegin, when the shade of the poet Lensky hovers over Pushkin before the latter’s duel. It wouldn’t be remotely surprising if the music leaked into something familiar by Tchaikovsky or Mussorgsky. Apart from a few astringent harmonies, there isn’t a discernible voice to Boyarsky’s music, and although much of what he wrote has an irresistible immediacy, he relies heavily on a ‘Les Mis’-type, heart-on-sleeve glamour to keep the score surging and soaring. Two episodes stand out: a lovely Prelude to Act Two, and an even lovelier setting of a love-poem by Pushkin, here given a gay slant, sung by Baron Heckeren, the Dutch ambassador besotted by the young Georges d’Anthès. 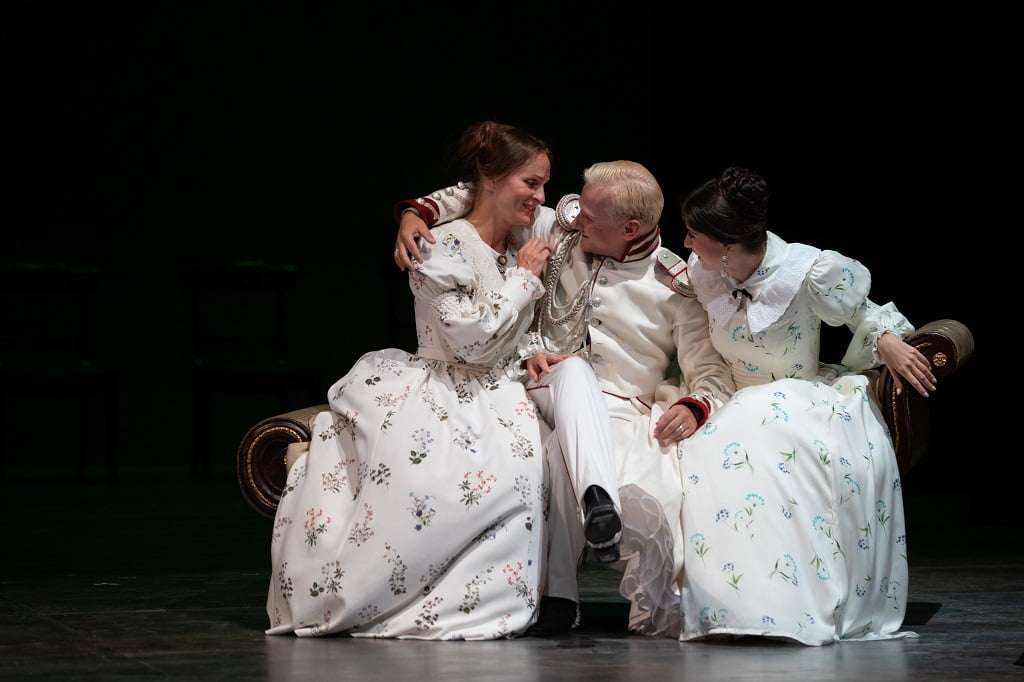 The only non-Russian in the cast (several of whom had been in the Moscow premiere) is Peter Auty. It is the sort of vocal part intended to flatter a tenor as sweet and powerful as Auty’s. Boyarsky is unsparing in his demands, and Auty was tiring towards the end. He is, though, in characteristically ardent hyper-drive (as he is so convincingly in umpteen portrayals of Lensky) in conveying the poet’s flaws, naivety and greatness, his stature reinforced by the many quotes from his verse, both sung and spoken in Russian, that Phillips has folded in to her text. Artyom Garnov does a good job conveying both Tsar Nicholas I’s hauteur and deviousness (after Pushkin’s death he had an affair with the poet’s apparently very beautiful widow) in some solid, dark singing. The attachment between Heckeren and his adopted son d’Anthès veers ever closer to an Oscar Wilde/Bosie pathos, with Georges presented as a luridly lethal, blond love-interest, their emotional dynamic brilliantly enhanced by the Yaroslav Abaimov and Anton Bochkaryov outdoing each other in top notes. Pushkin’s wife Natalya and her two sisters are not so fully drawn, there mainly to emphasise the men’s bad, occasionally good, points, but Julietta Avanesyan is a strongly characterised Natalya. The gipsy (Maria Patusheva), who tells the truth about the dire state of Mother Russia in much the same way as the Simpleton does in Godunov, gets the last word when she tells Nicholas that he will only be remembered as the Tsar who reigned during the life of Pushkin. The opera is sung in English, but with accents so thick it might just as well be Russian.

Igor Ushakov’s production is pretty minimal, depending on costumes and a few bits of furniture to define the many scenes, and his highly stylised deployment of the excellent chorus is very effective. Conducted by Jan Latham-Koenig, the orchestra tirelessly sustained the music’s emotional pressure. It’s a big show to transport from Moscow for only two performances, and the first-night audience gave it a standing ovation.