Wagner
Das Rheingold – music-drama in four scenes to a libretto by the composer [performed in the reduced version by Jonathan Dove and co-adapted with Graham Vick; sung in German, with English surtitles] 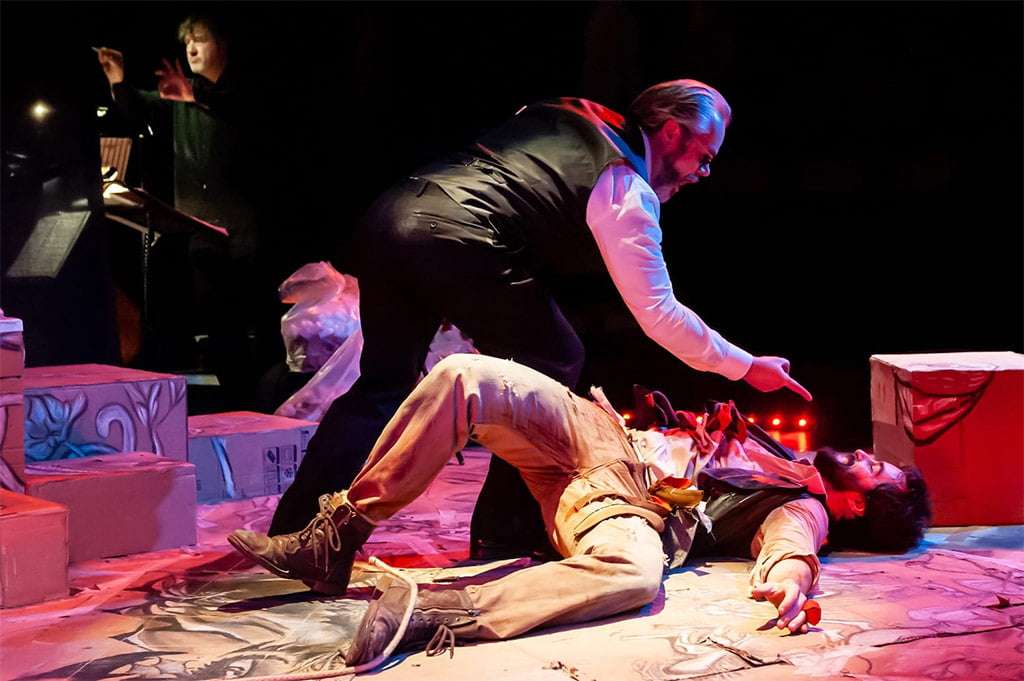 This production of Das Rheingold is Grimeborn’s first venture into Wagner, and it is the biggest thing this ever-adventurous festival has crammed into the larger of the Arcola’s studios. The preliminary evening to the Ring Cycle is performed in the reduced version (of score, cast and orchestra) devised by Jonathan Dove in the 1990s for City of Birmingham Touring Opera’s Ring Saga which compressed Wagner’s four instalments into nine hours (from circa fifteen) over two Wagnerian-length evenings. Longborough used it in 2003, but this is the first time that any of it has been seen in London for more than two decades, which may well be a comment on its validity.

Rheingold here comes in at an hour and forty minutes (losing about fifty minutes), Mime’s and Froh’s services are dispensed with, and the scoring is reworked for eighteen players. It’s not Wagner-lite, but it’s still a brisk canter through the four scenes of stealing, trading and losing the gold and the ring itself. Minus the Mime and Froh tenor roles, bass and baritone voices dominate, and as the only tenor in Nibelheim, Loge seem even more prominent than usual, while the Rhinemaidens’ opening scene remains the biggest women’s-voice contribution. Male gods and monsters rule.

Julia Burbach’s rudimentary staging suits the stark performing space. Wotan and his court are preparing to move into Valhalla, which explains designer Bettina John’s piles of cardboard packing cases, some big enough to contain poor Freia so that the giants can check her worth in gold – and, as always, cardboard boxes are terribly depressing. The grungy clutter and muddle says it all about Wotan’s unsecured aspirations for his new HQ. 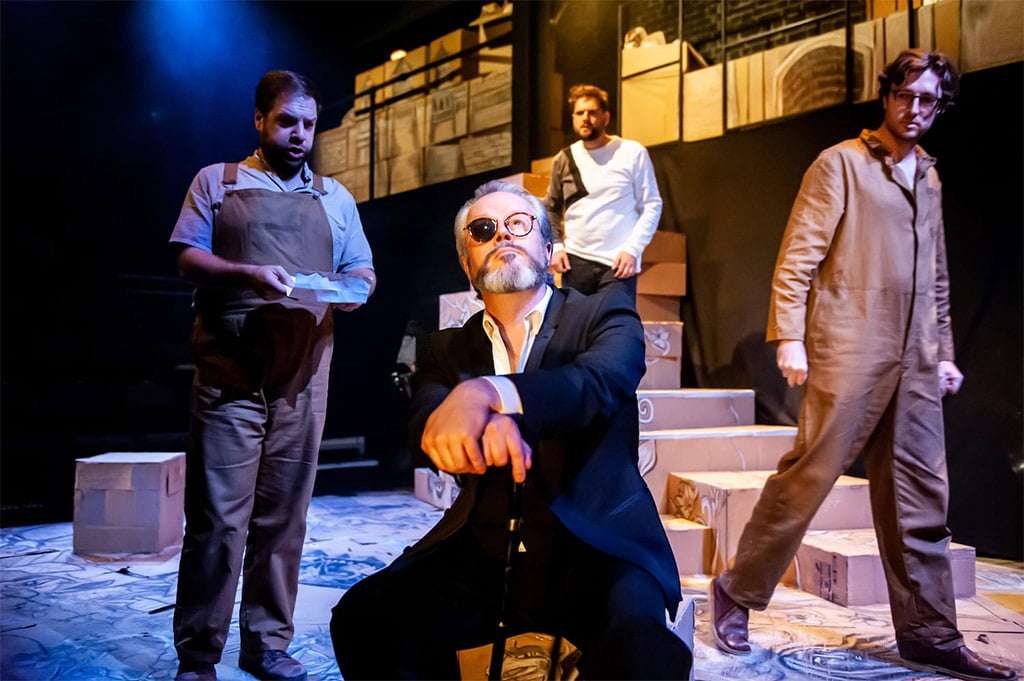 Sharp-suited Wotan and Loge look like dodgy ad-men, Fricka and Freia wear party frocks, Fasolt and Fafner are union reps in brown overalls, and the strange woman in shades, mail-order wig and raincoat taking her seat with the punters turns out to be Erda. Burbach (and Wagner) cover the various demarcations of command, except that I didn’t understand her way with Alberich. Rather than the dwarf who activates the saga’s tawdry greed, here he seems like a victimised good-guy with Valhalla-like dreams of his own, and there is a lot of fiddling about with a treasury of small objects (reminiscences of Calixto Bieito’s Don Giovanni) that you can’t see properly – something to do with Nibelheim, presumably.

There is little dark-light ambiguity between him and Wotan, and the good-looking, wholesome Seth Carico just makes Alberich too sympathetic. His bass-baritone, though, is a lovely, layered sound and he sings with great authority. Paul Carey Jones’s Wotan is even grander, a huge voice and a commanding, wily presence that you could imagine would take no prisoners in a production with full orchestra. Another full-on bass-baritone, Dingle Yandell is in terrific voice as Fafner, and Philip Sheffield’s wiry, lyrical tenor is in the right, duplicitous area for his boulevardier Loge.

The three Rhinemaidens easily drown the orchestra and inject a bit of magic and mystery into the opening; Kiandra Howarth also makes the most of Freia’s anguish at the hands of the giants. Marianne Vidal is excellent as the compromised and betrayed Fricka, and Harriet Williams’s luxurious mezzo glowed in Erda’s prophecy. With Gareth Brynmor John’s sonorous, bovver-boy Donner and Andrew Tipple’s vulnerable Fasolt, all the singers work well with the staging.

Peter Selwyn keeps the pace moving along, so that there is hardly a dull moment. There are some rather toy-town anvil effects, and you miss a fuller string sound but Orpheus Sinfonia became more defined and confident.