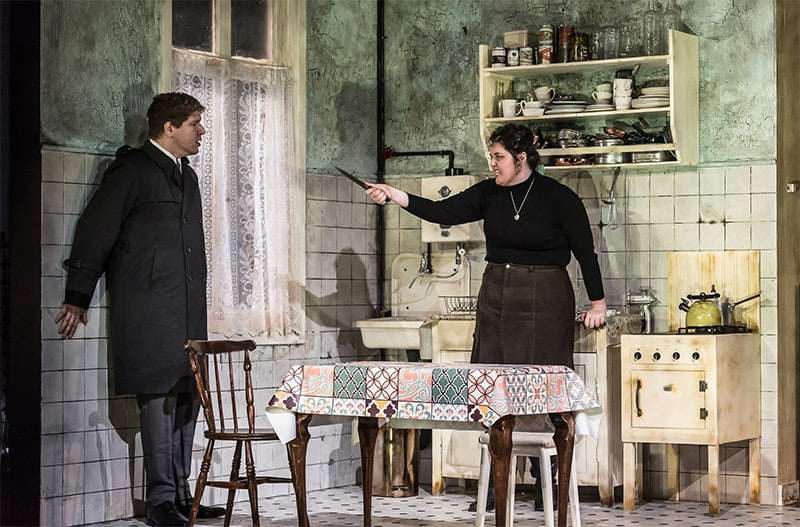 Sixty-seven years since its 1950 premiere, Gian Carlo Menotti’s The Consul returns to the London stage – after what seems to be a now regular two-decade gap. Before this Guildhall Opera production, the last time The Consul was seen was at Opera Holland Park in 1999, and before that in 1978 at English National Opera. Certainly it has lost none of its topicality.

Menotti’s inspiration was the story of a Polish woman who committed suicide after months of incarceration in a detention centre trying to get to America to find her husband. Now with the effect of massed emigration and nationalist backlashes against that influx, this oppressive tale of the plight of an individual against an impassive, unemotional system, let alone a secret-police service adding its own threats, seems remarkably prescient. 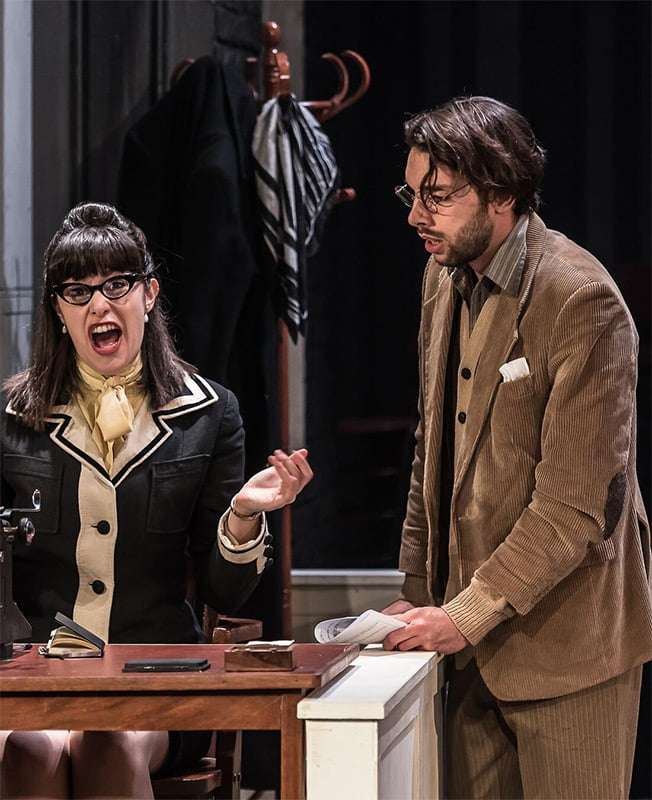 Intriguingly The Consul started on Broadway – at the Ethel Barrymore Theater – and stayed there for eight months. Perhaps that explains the comic turn of the magician that Menotti places at the end of the second Act, a bit of light relief after the family trauma that immediately precedes it. Here the opera is split in two, so the comedy sits oddly straight after the interval, however adroit Eduard Mas Bacardit is with his tricks (including fire). But it neatly illustrates the Janus-like aspect of the score – the horror of Magda Sorel’s situation, with her freedom-fighter husband John having to escape leaving his wife, their infant son and his mother in a dilapidated flat, permanently watched by the secret service; and the surreal persistent queuing to see the titular consul (who we never see), where desperate people reveal their tragic tales to a unempathetic secretary, only doing her job (which comprises handing out forms and fobbing people off).

Stephen Medcalf neatly divides these two worlds in Simon Corder’s setting – a rotating cube slightly stage-right, divided into the Sorel’s flat and the consular outer-office, the domain of Emily Kyte’s secretary. On either side there are strewn office chairs and chits of paper – the discarded numbers from the dispenser that places you in the queue. The cast is present the whole time, and all but Michelle Alexander’s Magda become those queuing and the magician’s collective hypnosis victims. When necessary they individually rise and assume their singular characters.

Menotti’s music and vocal lines are mostly harmonious and, presumably, gratifying to sing and the cast is assured and clear in diction. Timothy Redmond conducts an urgent performance, though the players took a while to settle, robbing the first scene of some of its searing intensity. 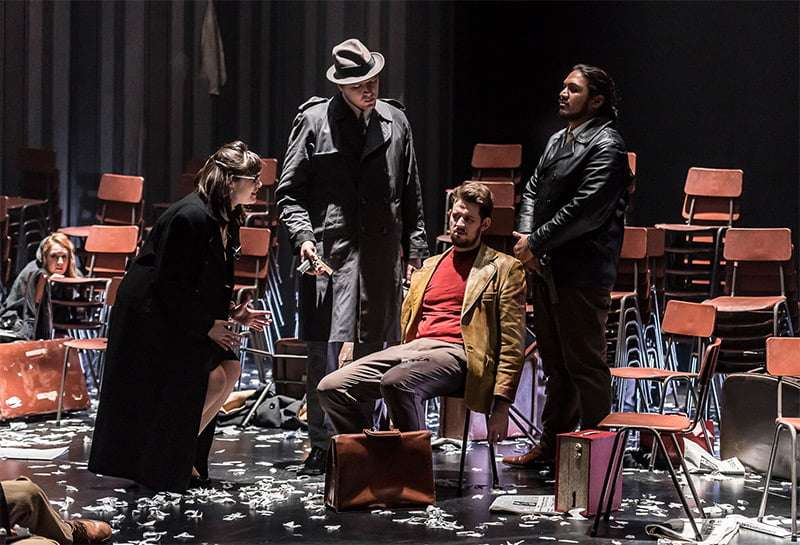 There’s a lot of Puccini here. Indeed the oft-quoted early critical comment on Tosca – “shabby little shocker” – could equally apply here. But given the subject matter, I would have liked a bit more Berg or Dallapiccola in the menacing stakes and, in the consulate scenes, more of a shifting sense of senseless bureaucracy akin to Martinů’s Julietta. Menotti’s libretto is rather too black-and-white, and his musical characterisations cry out for more subtlety to deepen our feelings for individuals.

Of the singers, Alexander plotted Magda’s growing anguish with skill, turning from the hopeful aria ‘To this we’ve come’ into the exasperated railing against bureaucracy just minutes later, ‘Papers, papers, papers’. Her demise – the only option when she hears her husband is trying to get back to her – is quietly harrowing, only interrupted by a piano (and the unanswered telephone), before the Puccini-esque peroration. There is strong support from Jake Muffett as her husband and Chloe Latchmore as his distraught and distracted mother. Among the queuers, Bertie Watson as Mr Kofner and Claire Lees as the (determinedly Italian) Foreign Woman are particularly affecting.

One final, if frivolous point: if the magician was as good as he said, why couldn’t he have used his skills to get the secretary – or indeed the Consul – to sort the paperwork for him and all his fellow queuers and aid their quick exit from the story?