Britten
A Midsummer Night’s Dream, Op.64 – Opera in three Acts to a libretto by the composer & Peter Pears, adapted from the play by William Shakespeare [sung in English] 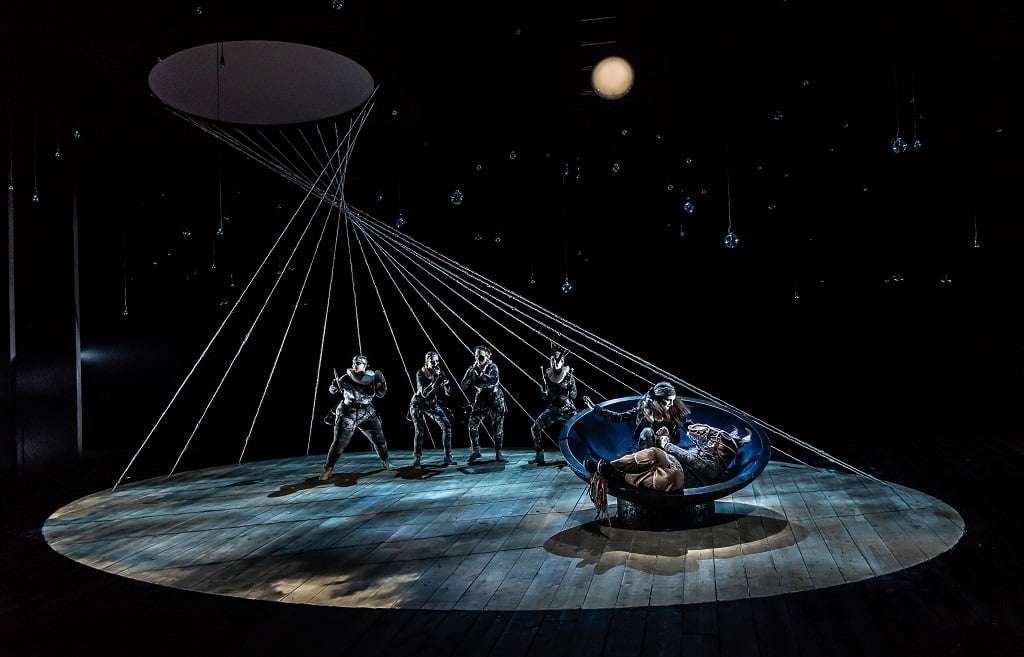 As is the way with college opera productions, after a run of a few days, they are never seen again. In the case of Britten’s transformation of Shakespeare’s A Midsummer Night’s Dream at the Guildhall School, this is cause for regret, because Martin Lloyd-Evans and Ruari Murchison have come up with a staging that allows the various elements of the opera to make their points without banging on about a particular agenda, although there is a slight nod to the latter in the haunting presentation of the Indian Boy (uncredited), whom Tytania and Oberon are squabbling over. Their setting is around the 1960s, which is when the opera was first staged, with a fixed set dominated by a Barbara Hepworth-like abstract sculpture, plus some sparingly used but highly effective video work and some equally inventive lighting.

This is a production that unequivocally puts the fairies in charge, led by Collin Shay and Zoe Drummond as Oberon and Tytania, both of them gothed-up with black make-up, skinny black jeans, black everything, and they look very feral and dangerous. This is the first time I’ve heard this countertenor – who made a strong impression in the Royal Opera’s Mamzer Bastard at Hackney last year – and it’s clear what all the fuss is about. The quality of Shay’s voice is exceptional – even, firm and in his lower register substantial and very beautiful, and he slips into Oberon’s liminal and predatory ways with the utmost ease. He is strongly paired by Zoe Drummond, also in the punk-goth groove, and blessed with a powerful, dramatic soprano and an equally commanding stage presence. In this most magical of operas, they are both spellbinding. 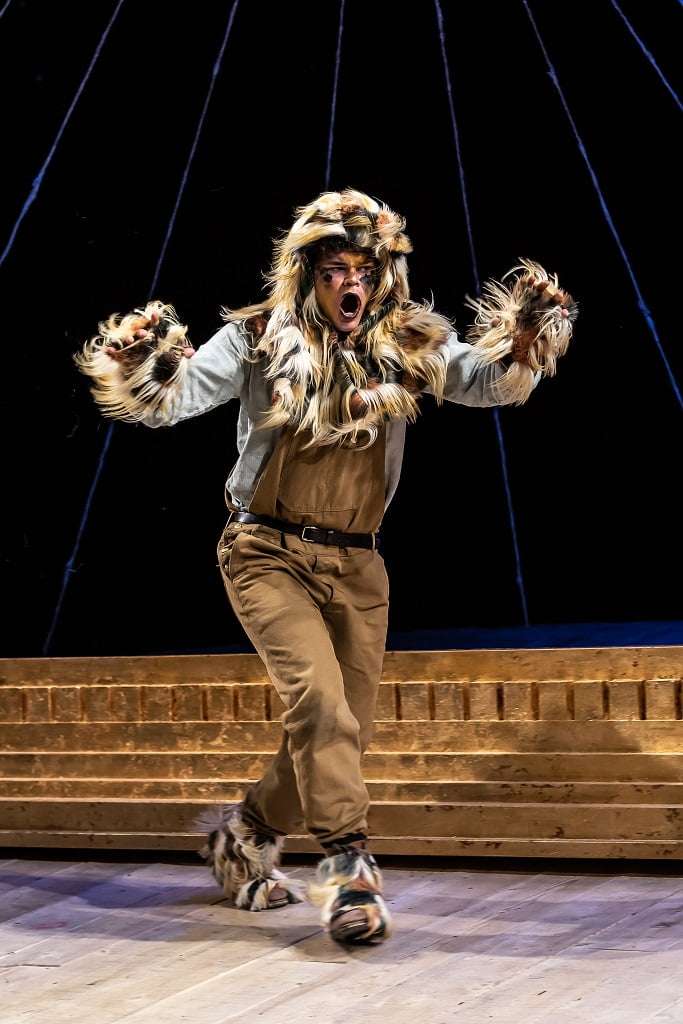 Puck, Oberon’s much-abused gofer, is played brilliantly by Matthew Dixon, as a portly sprite, who has problems erupting magically from the various small trap-doors. He also apes his skinny master’s dress sense, which is unwise – a far cry from the suspiciously winsome child or athletic youth preferred in some productions but still the almost-animal innocent Britten had in mind for the part. Dixon spoke well, and he made the most of being a Puck cast against type. The fairies are a rich-voiced, all-female (not a boy in sight) band of goths, with oddly disquieting, bird-like head movements, and there is a strong female quartet of fairies to attend to Bottom in his fateful tryst.

Bottom is played magnificently by Christian Valle in full command of an outsize ego and with total belief in his histrionic skills as Pyramus, and Valle’s bass-baritone is just as magnanimous and in character. The other Mechanicals are led by the bass William Thomas as Quince, his big, finely trained voice and stage presence radiating authority and class, and his diary suggests that promoters and directors also know they are on to a good thing. Tom Mole’s Lion and, in the closing dance, his athleticism are a joy, Robert Lewis as Flute rises to the opportunities of Thisbe’s slapstick melodrama in great style, and Damian Arnold (Snout/Wall) and Matthew Palmer (Starveling/Moon) complete this dottier than usual, slightly Dad’s Army-like crew of caricatures. 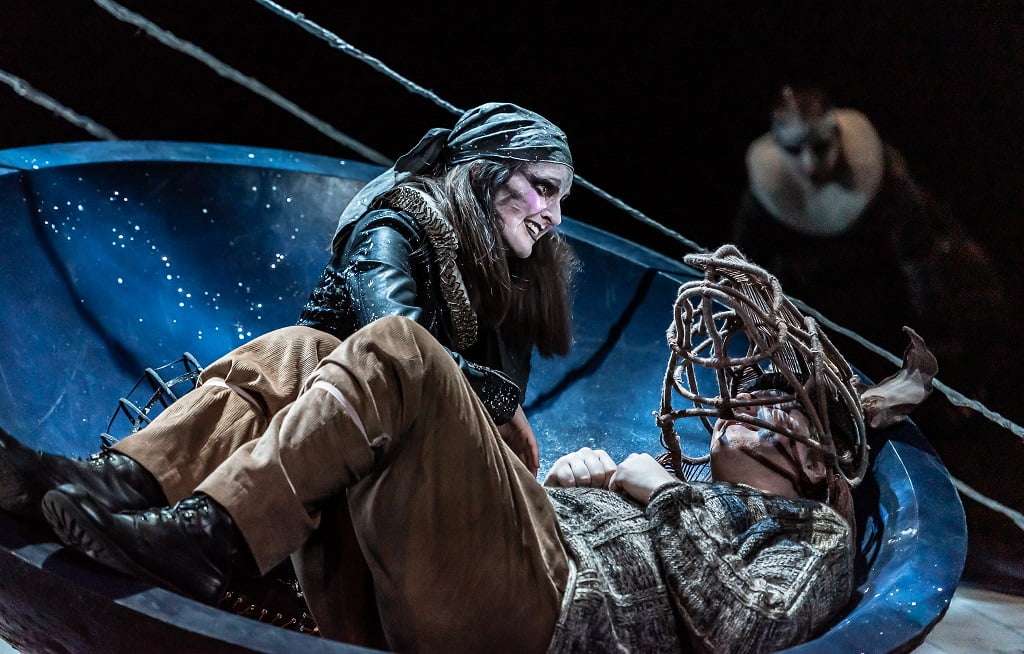 I have seen Filipe Manu and Benson Wilson as competing lovers in the GSMD Così fan tutte, and they are just as good a double act as Lysander and Demetrius, both with fine, stylish voices and vivid acting skills. With Carmen Artaza as Hermia and Alexandra Lowe as Helena, both roles generously sung and strongly characterised, the various big moments for the lovers, their big fight and the resolution in ‘I have found’ give us the essence of the madness of love.

From the precisely placed opening glissandos onwards, Dominic Wheeler and the GSMD Opera Orchestra do not put a foot wrong, and again you are just astonished at Britten’s powers of mood, characterisation and passion, which simply pour out of this score, in a theatre the size of which suits its scale very well – intimate but not cramped. For magic, humour and charm this is an unforgettable Dream, with probably the most affecting staging of the conclusion I have seen. There are two more performances, on Friday March 1 & Monday March 4.