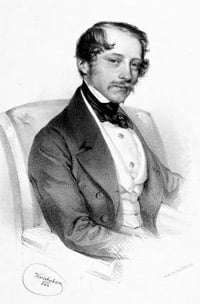 Once again the Guildhall School Opera Course has come up trumps. I’d long wondered about the worth of Otto Nicolai’s Die lustigen Weiber von Windsor, the 1849 opera – or rather the overture of the opera – on which his reputation rests (apart from the not-incidental fact that he founded the Vienna Philharmonic). There were two previous student productions – 1972, also at the Guildhall School and, around ten years later, one at the Bloomsbury Theatre, by Trinity College.

Especially in such an excellent production as Harry Fehr’s, the wonder is that the opera isn’t more often seen. There seems to be received wisdom that it pales when compared with Verdi’s Falstaff, but Nicolai sticks closer to the Shakespearean original than does Boito for Verdi. Here the real focus is, indeed, the Merry Wives, Falstaff not appearing until later in the first Act. Nicolai, following Mosenthal’s libretto, also retains the full sub-plot of three suitors to the daughter (Anna) of Mistress Page in Shakespeare’s original (here Frau Reich), whereas Boito makes his Nanetta the daughter of Alice Ford. There are some losses: Nicolai and Mosenthal dispense with Falstaff’s low-life henchmen (Bardolph, Nym and Pistol) completely, and there’s no go-betweening Mistress Quickly.

And Nicolai also puts to bed the argument that the German language can’t accommodate comedy, even before Offenbach, whose frothy concoctions, as performed in Vienna, are often thought the genesis of Johan Strauss II’s operettas. Like Beethoven’s Fidelio portions of the opera are spoken, and the whole cast seemed to perform with admiral authenticity and fluency.

So here is a joyous comedy about the double gulling of Sir John Falstaff after his joint epistolary approach to two neighbours in Windsor, professing to love them. Meanwhile jealous Fluth – in disguise as Herr Bach – tries to set Falstaff up with his wife, and the Reichs have to deal with Anna, who wants to marry young Fenton, while her father favours Spärlich (Shakespeare’s Slender, and perhaps the closest meaning in translation) and mother, Dr Cajus.In Fehr’s updating to modern times (thankfully without mobile phones, but with toasters, ubiquitous cafetières of coffee, vacuum cleaners, boardrooms and rugby teams), we are met with a perfectly normal suburban kitchen, home to the Fluths, the man of the house panicking and running late for work, being sorted out by his wife. This stage area is much smaller than the width of the Silk Street Theatre, and after the first scene we see why. The set slides off stage-left, to reveal a similar room, with dark walls, this time the dining room, laid for breakfast, of the Reichs. Tom Rogers’s wonderful designs effortlessly slide between these two rooms, usually differently dressed: the first always at the Fluths, the darker room also becoming Reich’s office (where we first meet his daughter’s suitors and where, on opening night, a picture fell from the wall, giving Fenton a bit of a fright!); the pub, where Falstaff challenges the rugby team to a drinking match and receives his bribe from Herr Bach; and a cafe where Dr Cajus and Spärlich both, independently, hear Fenton’s outpouring of love for Anna, while a hardworking waitress serves them and other patrons in the background.

All of this is wonderfully directed; witty, inventive and congruous to each character. It’s as if Fraus Fluth and Reich have been watching Desperate Housewives – indeed Sky Ingram’s Frau Fluth is so house-proud that she spends the interval cleaning her front room. And, even better to relate, is that this gem of a production is populated by some great singing actors. Dark-haired Ingram is as good at plotting with mischievous blonde Sioned Gwen Davies as she is dressed for Falstaff on his second visit in a French-maid’s costume (which, comically, jealous Fluth seems not to notice, so hell-bent is he to find Falstaff, and even then doesn’t discover him in his disguise as “the old hag from Brentford”). Victor Sicard is a bundle of misguided righteous jealousy as Fluth, and hand-wringing Jorge Navarro-Colorado’s Spärlich is as tall as Benjamin’s Appl (playing Dr Cajus as a French-accented German-speaking post-graduate academic doctor rather than a medical practitioner), both foils to the more diminutive stature of Luis Gomes’s appealing-toned tenor as Fenton. I particularly liked the café scene, with Cajus and Spärlich behind indoor plants listening to Fenton, strumming his guitar (for which the harp sounded in the pit) in the suitably ardent ‘Horch, die Lerche singt im Hain’. Ellie Laugharne as Anna had to bide her time until the second half, to first join Fenton in the cafe and then, like a teenager import from Channel 4’s Skins, plot her elopement with Fenton.

Here, what had been the Fluths’ house lost its back wall, behind which was a gnarled oak trunk silhouetted against a massive full moon. As a suitably bumptious Falstaff, here Barnaby Rea’s extended paunch, squeezed into a rubber top complete with lederhosen and rubber-coated antlers, gets his final comeuppance, but so do the Reichs as green-jacketed Cajus and red-jacketed Spärlich have been married, while white-dressed Anna has found her Fenton. Intriguingly, although incidentally, I discovered that what I’d always thought was a description of dawn over Windsor in the overture, takes almost all its themes from dusk in this final act of the opera.

A word, too, about the orchestra and members of the chorus: the latter transform themselves from the burghers of Windsor (postmen, builders, school-children, teachers) helping Fluth search his house for Falstaff into a phantasmagoria of fancy dress for the midnight jaunt in Windsor Great Park, all marshalled with typical aplomb by Clive Timms. With a production like this, I hope Nicolai’s opera gets a speedy revival. There are three more performances – don’t miss!