Poulenc
Dialogues des Carmélites – An opera in three Acts to a text of the drama by Georges Bernanos adapted with the authorisation of Emmet Lavery [sung in French, with English surtitles] 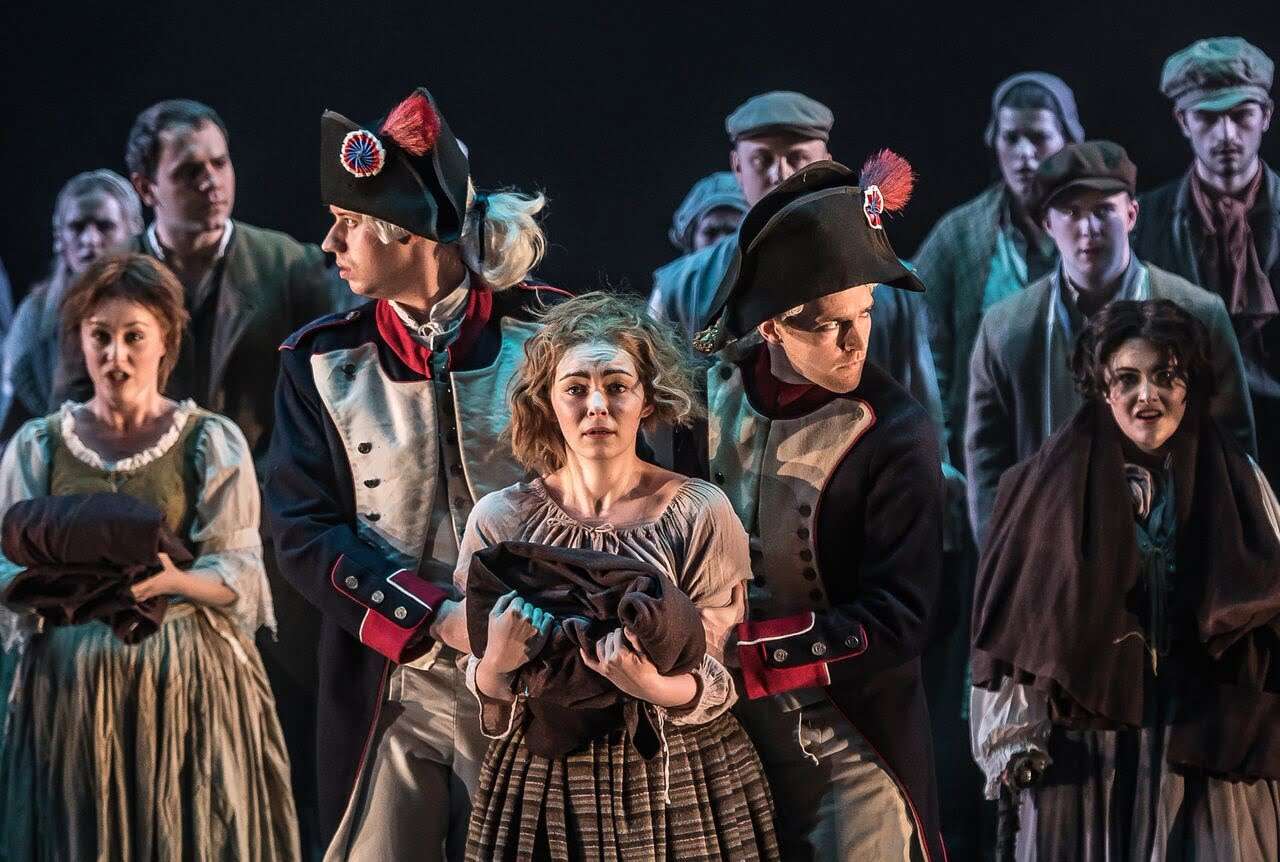 This Guildhall School production of Poulenc’s only full-length opera reasserts its place as one of the great theatre works of the post-war twentieth century. Its true story, about a convent of Carmelite nuns sent to the guillotine by the French Revolution, dwells in its series of Dialogues (inadequately translated as “conversations”, which misses the element of meditation) on matters of love, sacrifice, identity and, crucially, martyrdom. The potency gains considerable authenticity from the composer’s complex and deep faith, and the result, as it is here, can be devastating. I have only experienced Carmelites in large houses and the more intimate Silk Street Theatre only compounds its impact. 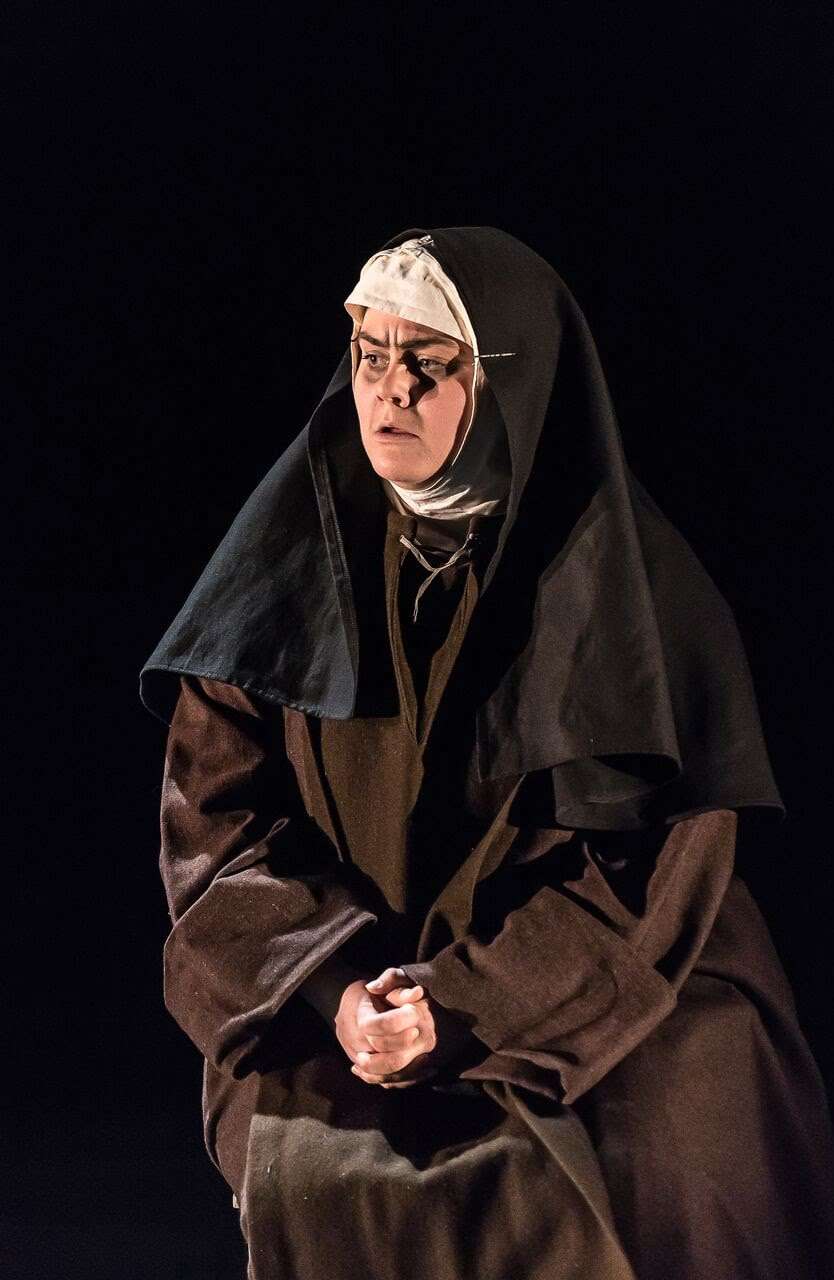 It is a mere six years since the Guildhall School last mounted Dialogues des Carmélites, and with seventeen nuns in the cast it gives five of the School’s current batch of female singers significant leading roles. As the nobly-born Blanche de la Force, Lucy Anderson’s singing gives a better idea of Blanche’s religious and neurotic fixations better than her rather blunt, anxious acting. Her lyric soprano, though, has a lovely Straussian gleam, ideal for expressing Blanche’s innocence. Her big scenes – with the ailing Prioress when she offers herself as a novice, and with her brother, the Chevalier, who begs her to save herself from the Revolution – have great authority. Claire Lees is ideal casting as Sister Constance, a foil to Blanche’s introverted neurosis, with her soubrette soprano getting to the core of Constance’s simple religious convictions. The sick Prioress, whose dramatic death scene has often provided a gift of a part for a senior mezzo, is played with considerable force by Georgia Mae Bishop, and in the context of the work she makes the old nun’s doubts vividly disturbing. Mother Marie (the sub-Prioress) lacks nothing in ramrod command from Chloë Latchmore’s incisive, intensely sympathetic performance, and Michelle Alexander is an imposing new Prioress as she leads her sisters to their executions.

The men can easily come across as ciphers, but Eduard Mas Bacardit and Daniel Mullaney are both excellent in the respective tenor roles of Chaplain and Chevalier. All the singers are confident in extended lyric declamation, their French is mostly clear enough to make sense of its musical setting, and the dialogues themselves – with some ripe examples in the libretto of religious and political double-speak – have a sense of confrontation reminiscent of Mussorgsky’s Boris Godunov. 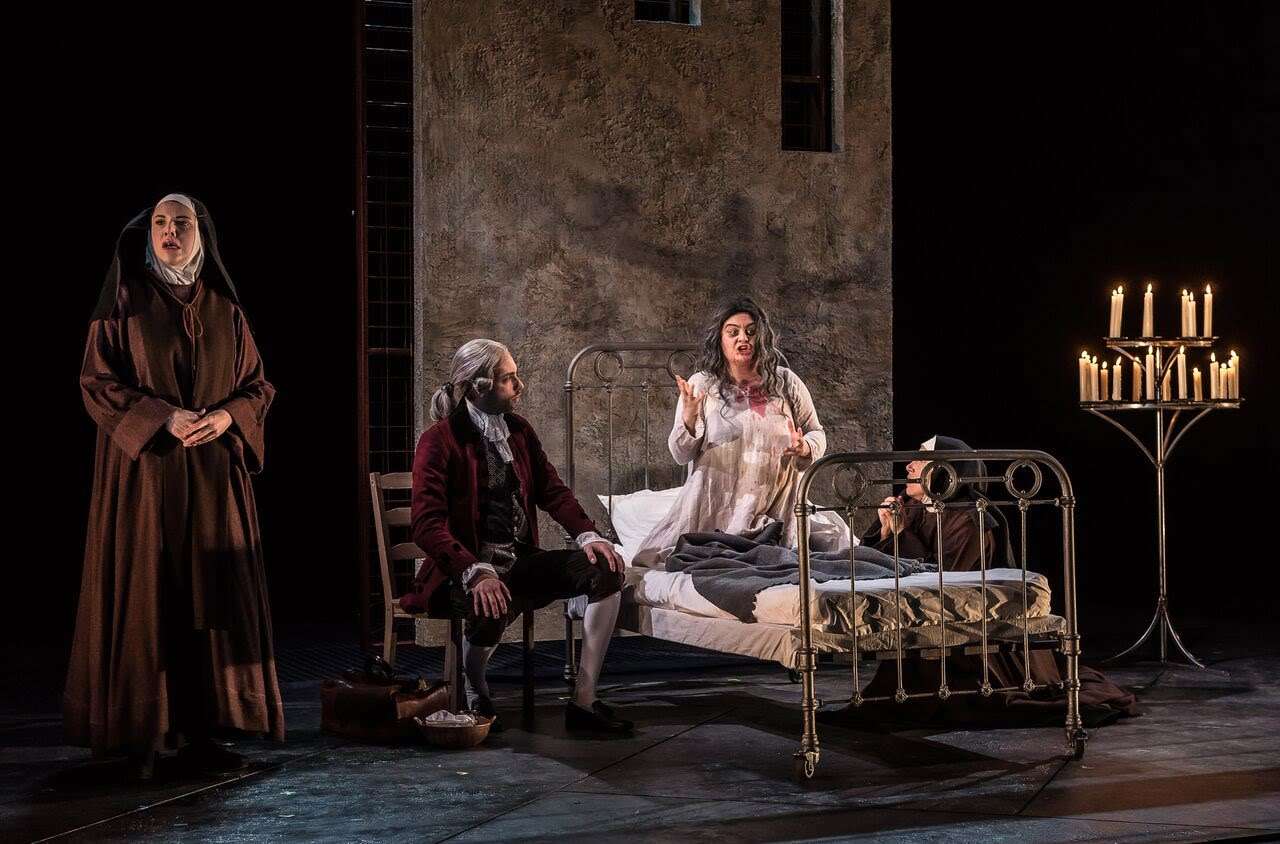 Martin Lloyd-Evans’s unfussy production of the twelve scenes has flow and immediacy, and the designs by takis [sic] – based on grilles and stone-like panels in various configurations – are elegant and unobtrusive. The orchestra, thoroughly trained by Dominic Wheeler, is completely at home with Poulenc’s style at this period of his life – there are the ghosts of Debussy and Stravinsky, the latter particularly in the beautifully played woodwind writing – with plenty of threat accruing from the motifs stalking through the lower instrument. The tact with which the swish of the falling guillotine blade punctuates the nuns’ gradually diminishing singing of the ‘Salve Regina’ is very much in keeping with the somber atmosphere of this unmissable production.