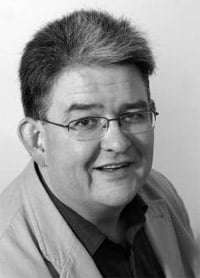 Hampstead has an agreeably oldie-worldly feel to it and a relaxed charm that time (blissfully) still has to catch up with. Twinned with Highgate, the well-established Festival (now re-entitled Springfest) is always a pleasure to visit for its diversity. There’s a welcoming impromptu feel to the area just around Hampstead tube station, where one can bump into the evening’s conductor (and Festival Director), George Vass, and have a chat, and where a local resident is also a renowned pianist; Stephen Kovacevich attended this “Festival Finale” concert as did composer David Matthews. Add in Patrons such as Melvyn Bragg, Alfred Brendel and Simon Rattle and these few days’ of musical and literary charms are always a highpoint in the calendar.

The talented young musicians that George Vass gathers together for what is now the Springfest Orchestra can be relied upon to play with skill and commitment, as was the case here, and as the finest of Mozart’s ‘Salzburg Symphonies’ (the three of them better known as Divertimentos, K136-138) demonstrated, a gleaming, expressive and elegant account in the lovely and acoustically-splendid St John-at-Hampstead, somewhat secular on this occasion as the audience is allowed to take drinks (including wine) into the pews, and with a gently chiming church-bell cueing the hour of eight just as the slow movement of the Mozart came to a close. Idyllic, really! 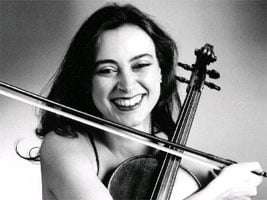 Paul Patterson (born 1947) has written some fine pieces. His Viola Concerto is perhaps not as distinctive as earlier examples and is oddly structured. Of its 16 minutes, the first two (which really are one) play for 10 and a certain imbalance suggests itself overall. Beginning with an introspective cadenza (‘Recitative’), this flowers into a lovely ‘Aria’ that seems to invoke the spirit of Herbert Howells (and is the allusion to Bartók’s Viola Concerto conscious?). The two quick movements that follow, ‘Intermezzo’ and ‘Tarantella’, are respectively edgy (Patterson’s pizzicatos not as playful as Britten’s) and merrily bouncing without quite entering one’s consciousness despite an auspicious launch from Sarah-Jane Bradley (the concerto written for her). The composer seemed delighted.

Following Elgar’s Serenade (its heartfelt slow movement searchingly explored) and the interval, saxophonist Amy Dixon brought a welcome addition to the string timbre with Richard Rodney Bennett’s Seven Country Dances (the composer’s arrangement of music originally for oboe). Dixon played wonderfully well with an easeful but never slick virtuosity and with loving sensitivity for the slower numbers, elaborations by Bennett of 17th-century ditties as found in “Playford’s Dancing Master”, Playford being John (1623-86) who collected 535 “popular tunes for country dancing”. Dixon conjured magic from her saxophone and was devotedly accompanied by Vass and his charges.

If Grieg’s always-welcome Holberg Suite was a little harried in its faster movements, the two slow ones were beautifully shaped and sustained, something continued into an encore, Percy Grainger’s Irish Tune from County Derry, or the ‘Londonderry Air’, or “Danny Boy”. Here’s to next year’s Springfest, but before that there is the first Autumnfest.