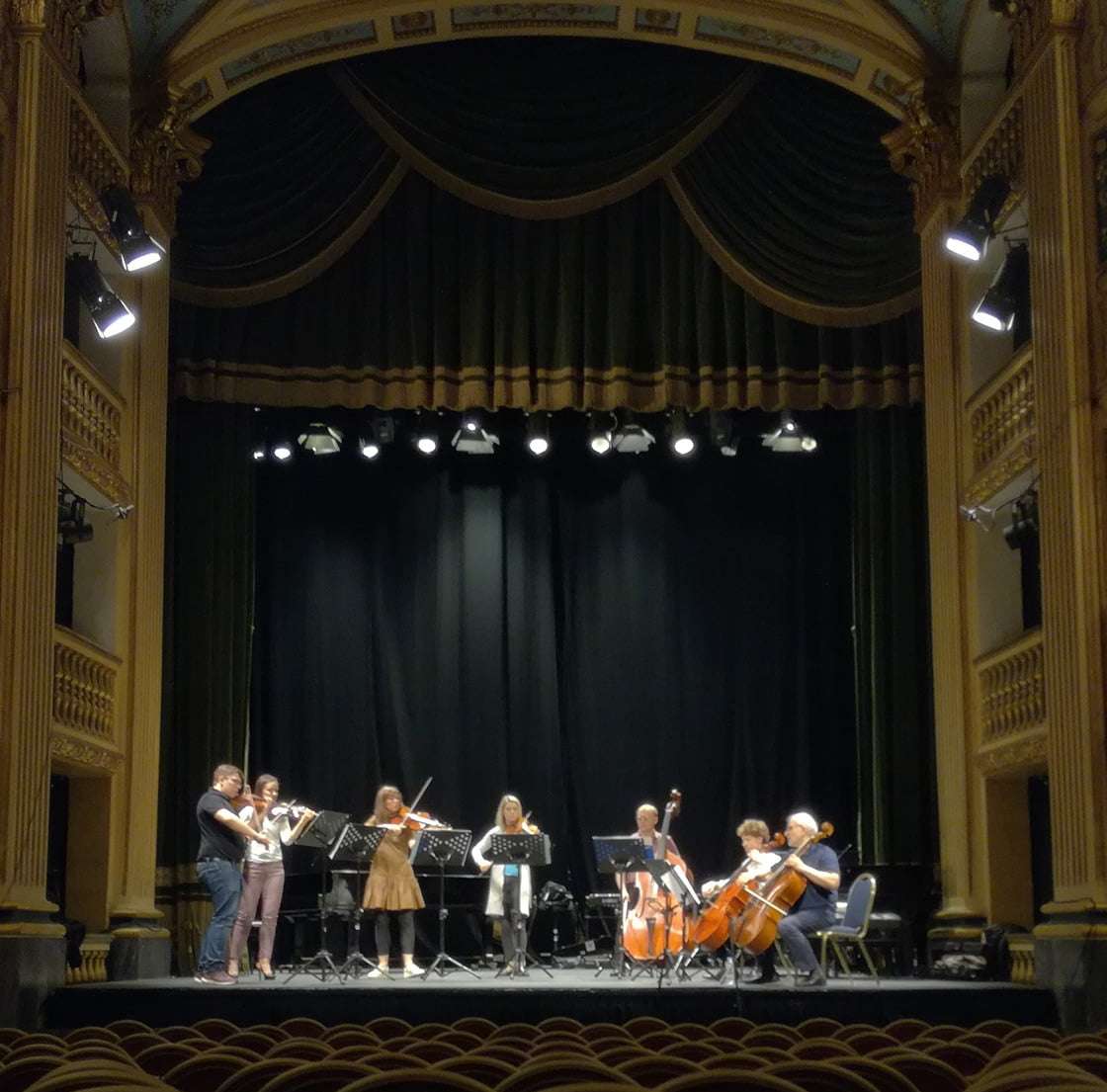 On paper this “Danse Macabre” concert by the Estonian Sinfonietta Soloists from Tallinn promised an interesting snapshot of northern landscapes. In the event it ended up broadly as a succession of water-coloured cameos, the only offering of substance being Rudolf Leopold’s 1994 realisation of the septet draft of Richard Strauss’s late Metamorphosen. Discovered in Switzerland in 1990, this follows the septet ‘short score’, including its original closing modulation, while incorporating elements from the final twenty-three-string version. It’s sparseness doesn’t prevent the intensity or valediction of its message getting through – as students from the Yehudi Menuhin School showed us so brilliantly and lastingly at the Wigmore Hall last June – but to bring it off successfully requires greater commitment, cohesion and power than these Estonian visitors were able to muster. Concertmaster Johannes Põlda, leader of the Sibelius Academy orchestra in Helsinki, did his best by way of involvement and ‘conducting’, similarly the first viola and responsive second violin. But, on the night, tuning and intonation proved variable and distracting, compounded by the exposing dryness of the theatre. The pulse, likewise, was relatively soft. Cellos and double bass inclined to be tentative, at some cost in the ‘Eroica’ funèbre ghosting at the end.

Elsewhere, dark subject matter notwithstanding, humour was missing. Lest anarchy take over, the swoops and slides of the Schnittke Polka need a tonal bedrock to be contained: this was an uneasy opener, missing both the brilliant orchestral colouring of the original (Dead Souls, a staggeringly imagined score), and the virtuoso tongue-in-cheek acting of a Rozhdestvensky at the helm. Here, you felt, were instrumentalists shy of smiling or liberation. In Artūrs Maskats’s Midnight in Riga (Latvia, 2014), Second World War centered, tango plays an evocative period role. Baltic casino tango was big during the (nationally independent) thirties, mellow vocalists and melded musicians taking couples on journeys far beyond the heat of the night. The paraphrased rhythms of the music we got, if squared off, but too little of the erotic sensuality. A dose of Artem Timin and the Moscow Solo Tango Orquesta was needed. Perhaps, too, given this ensemble’s intentional absence of an artistic director, something like Paavo Järvi’s long-limbed, life-farewelling way with Sibelius’s Valse triste (here in its original scoring) might usefully have been seeded in the players’ minds – especially his emotive holding back at Letter C. “Death stands on the threshold.” Following Lepo Sumera’s Fragments from [the film] Danse Macabre (Estonia, 1991), this was an account bordering at times on the ordinary, needing tauter pacing and note-values, and a more poised way with pauses. Playing rather than dreaming, fact before fantasy, maybe a safe recipe but it’s rarely ever more than a low voltage prospect.

For the second of her three ‘warm-up’ appearances at this year’s Festival, Daphne Delicata took us down youthful roads. She caught just the right spirit in the third of Rachmaninov’s 1896 Moments musicaux, dark and moody, each strand weighted with expressive depth and sonorous tension. Mendelssohn’s pre-Midsummer Night’s Dream Introduction and Rondo capriccioso found her fearless, dispatching the tricky double-notes and broken octaves with brilliance and panache, flying the schoolroom in their communication. The cadential thrust at the end, solid rather than light, was impressive. For such a young player (she’s twelve) to be so emotionally engaged is remarkable. In the romantic cantabile of the Introduction she ‘rang’ her phrases and shaped the ornamentation with simple vocal grace, ‘speaking’ the melody with unforced personality, dramatising a fatalistic warning in the fortissimo double-dotted calls of the left-hand. Lightly pedalled, the semiquaver accompaniments of the Rondo rippled and breathed, webs of harmonically humming sound laced like Berenice’s tresses across the heavens. Where will her gift take her?