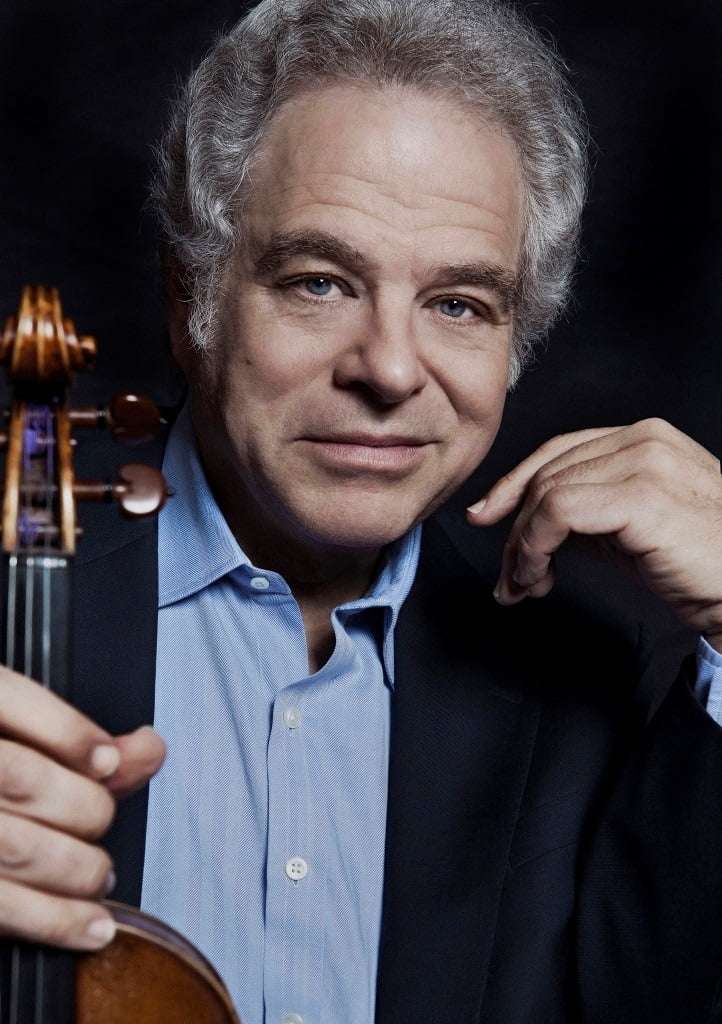 The press release advised that this was Itzhak Perlman’s first recital in New York in seven years. Since this reviewer was in attendance in 2007, there appeared to be a golden opportunity to compare and contrast. One odd perception was common to the two concerts: there was a rather strong rumor that Perlman was simply not the same superb violinist that he had been in the past. This conjecture turned out to be completely wrong back then…

Now, as then, the challenge was to project the sounds of a small instrument into the vast and unforgiving expanse of Avery Fisher Hall. Opening with Vivaldi, Perlman treated us to a hefty dish of vibrato which scored points with our hedonistic side but may have been out of bounds from an historical perspective. Nevertheless, this was an impressive exercise in polished ebullience.

Seven years ago, Perlman presented for the first time in public a trio of pieces for which he has a special fondness. Schumann’s Opus 73 Fantasy Pieces were written for the clarinet, with an option for viola or for cello – all with piano. The three vignettes are emblematic of the lonesome, poetic romanticism that characterizes Schumann’s psychic isolation and depth of feeling. Here Perlman’s heavy vibrato and smoky tone expressed that essential poignancy.

Perlman has been a master of Beethoven’s Violin Sonatas for a very long time. His collaboration with Vladimir Ashkenazy, for Decca in the mid-1970s, is still a much praised and coveted set. On this evening, Rohan De Silva was especially eloquent in the Adagio cantabile. Perlman eschewed his vibrato, and he and his pianist created a tension-filled and dramatic rendition of this powerful work.

Yehudi Menuhin was having a session with his mentor George Enescu in Paris one afternoon when Maurice Ravel arrived unexpectedly, bringing with him the manuscript of his just completed G major Sonata for Violin and Piano (now sometimes known as No.2 due to the discovery of a much earlier similar work). The student took a seat while the two composers played through the exciting new piece. When they had finished, Enescu enthusiastically agreed to play it again. Jettisoning his written manuscript, he matched Ravel stroke for stroke, for this amazing violin savant had memorized his part after just one reading. The Sonata is especially notable for its ‘Blues’ middle movement, and anyone who has heard Ravel’s own version of Boléro knows that he liked his jazzy pieces down and dirty. Here, pianist and violinist were too demure and one wished for at least a taste of the demimonde.

In lieu of encores, Perlman concluded the evening announcing seven further pieces. There were Heifetz transcriptions, a piece ostensibly composed by Corelli but perhaps penned by Kreisler, the theme from Schindler’s List… Remarkably there had been not a single wrong note throughout the evening. However, as Boris Kroyt, the long-time violist of the Budapest Quartet observed, sometimes it is possible to be too perfect.

This recital may be the last that Perlman will present at this venue since the Fisher family has recently relinquished the naming rights in order to facilitate the search for a new donor who will finance a complex renovation of the auditorium. New Yorkers can contemplate the prospective advantages of that forward-looking concept, but during which the place will be inaccessible and other venues will need to be found to replace such an important element of our quotidian concert life.