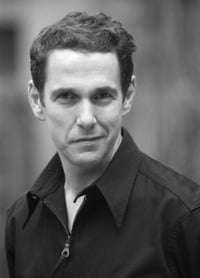 This recital by the young Welsh pianist Iwan Llewelyn-Jones was exceptionally well-planned – so much so, in fact, that the subtleties in his programming may have gone unnoticed by many in the large audience, who were rewarded by some outstanding playing.

The first half was French, indicating perhaps something of a Celtic connection between artist and his chosen composers – Debussy and Dutilleux – for he certainly evinced a welcome degree of sympathy for both, although I felt that, especially in Debussy’s Suite Bergamasque, which opened the programme, his tone was generally a shade too loud for what is essentially intimate, rather than concert, music. Debussy, on more than one occasion, expressed a preference for small upright pianos at the expense of concert grands, which is not to say that the inclusion of his music in a recital should need two instruments on stage, but that the pianist should reduce his tone accordingly – which he would never need to do in, say, Ravel’s case, with one exception. Nonetheless, this was finely moulded playing.

Henri Dutilleux’s large-scale Sonata of 1948 followed, a work that manifestly needed no reduction in tone to reveal the largely Impressionistic coloration that surrounds the work’s structural qualities; this important composition demands much from the pianist, which it certainly received on this occasion. This was a commanding account, perhaps not quite the last word on the subject, but an impressive performance indeed.

The second half continued – at a distance – the thread of musical Impressionism that unified this recital. Somewhat curiously, the first three items in this half were played almost attacca – the audience perhaps not realising when one had ended and the other began – but in an odd way this worked, because of the pictorial connections between them. First was a posthumously-discovered prelude by Grace Williams, The Silent Pool, very persuasively played, followed by Vaughan Williams’s wonderful study The Lake in the Mountains. Here, Llewelyn-Jones’s basic tempo was too fast: this work could have made a stronger and deeper impression had he adopted a more intimate (almost Debussy-like!) sense of coloration and refinement within a slower pulse. Liszt’s Les jeux d’eau à la Villa d’Este followed, again with the shortest of pauses; this brought the finest qualities of this pianist’s admirable technique to the fore in a performance of some distinction.

Finally, Schubert’s great Wanderer Fantasy – arguably one of the first examples of Impressionism in music, where, as Llewelyn-Jones said in his programme note, “extraordinary imagination transforms conventional structures and ideas into a gripping narrative”. It brought this uncommonly interesting recital to a sensitive, finely-judged and admirable conclusion.