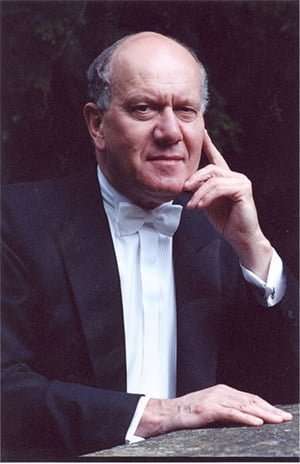 John Lill here resumed his Beethoven cycle in London with a programme consisting of three works: the first half an effective foil (if such was the intention) to what followed in that the two sonatas are among the composer’s most urbane and understated works in any genre – albeit deceptively so.

This is worth considering as the account of the E major Sonata of 1799 brought the only relative disappointment of the cycle so far. Thus the opening Allegro felt detached to the point of aloofness, for all that there was no lack of detail, while the central Allegretto seemed not so much pensive as subdued – at least until the gentle pathos of its coda. The finale unfolded with much of the requisite wit, yet the comodo marking was perhaps taken too literally for the music to take flight in its deft closing bars. That the Opus14 brace finds Beethoven at his most ingratiating only makes them more difficult to bring off, and while Lill could never be accused of lacking insight in this first example, there was at least a touch of the earthbound here.

This was certainly not the case with the G major Sonata (1802), the first of the Opus 31 set, for all that it might be felt to pursue a similar expressive course. Compared to the emotional extremes and freewheeling humour of its respective successors, moreover, the piece might be considered a throwback to an earlier era – yet the shades of Clementi in its opening Allegro were rendered here with real finesse, while the superfine articulation of its phrasing contributed much to its deadpan humour as a whole. Nor was the Adagio lacking in that equable gentility implied by its grazioso marking, with Lill as attentive to the limpidity of its outer sections as to the more capricious demeanour of its central span – not least the teasingly prolonged transition back to the main theme. The finale similarly pays its respects to Boccherini (almost literally so in the contours of its refrain), and Lill was more fluid than hitherto in his outlining of the movement’s cantering course towards a coda whose cadenza-like transition to the heady finishing bars was perfectly judged to conclude this appealing account.

After the interval, the ‘Hammerklavier’(1818) carried all before it. Almost harder to place in the context of a Beethoven cycle than outside of one, it remains a touchstone of interpretative commitment such as Lill has never shirked and which resulted here in a performance of formidable assurance and impressive emotional breadth. There was no false or extraneous rhetoric in the opening Allegro, its combative qualities held in ideal balance with its poetic element; the airy transition into the reprise and the dispersal of energy prior to the decisive closing gesture scintillatingly done. After this, the scherzo was a perfect complement in its lilting nonchalance that turns suddenly ominous in the trio with its explosive culmination. At 20 minutes, Lill may now be five minutes swifter in his traversal of the Adagio compared to his recording, but this remains a marvel of sustained concentration and gradual momentum over its alternating themes on the way to a climax as brief as it is spellbinding in making tangible that elusive ‘otherness’ which the composer pursues here as nowhere else in his output.

Allowing himself a momentary breathing space, Lill then brought an improvisatory touch to the finale’s introduction – its juxtaposing of speculation and impulsiveness allied to a cumulative power that was carried through into the main Allegro. Along with the original ‘Grosse Fuge’ finale of the B flat String Quartet (Opus 130), this is Beethoven’s most intensive exploration of fugal writing in his instrumental music – the textural intricacy of its main sections opened-out by the brief yet potent interludes that define its sonata-form dynamism. Imperious and eloquent by turns, Lill not only saw the movement whole but also made it the inevitable culmination of a work whose ambition is, in a reading such as this, outstripped by its achievement.

Beethoven’s remark to the effect it was only with this work that he learned how to compose has been much debated as to its meaning. Surely, though, this has to do with creating music as self-sufficient in its sound as in form and expression: something that readily struck home during the enthusiastic reception which (rightly) greeted this memorable performance.