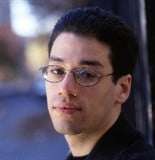 American pianist Jonathan Biss made his International Piano Series debut on this Sunday afternoon – and very auspicious it was too.

Certainly one of the most impressive of the current young crop of pianists, Biss also points to a new trend, an artist able to eschew the constant rigours of competitions (which have the same nerve-attracting qualities of educational exams) and cement a career with the help of a number of awards. In the UK these have principally been the Borletti Buitoni Trust and his status as the first American artist in the BBC’s New Generation scheme. 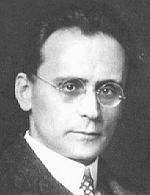 Self-confident though totally non-fussy, Biss seems at home at the keyboard. His whole body flexes with the music, but without being distracting. In Webern’s Variations he created a whole drama out of the diminutive triptych, adding a visual gloss that drew this listener into Webern’s world, intrigued by the complicated cross-hand techniques demanded of the player and reinforcing the fascination of the Webern’s soundworld.

Biss, in his introduction to the programme (an indication of how carefully he chooses his music and contemplates the repertoire), commented “the Mozart sonata […] becomes a completely different aural experience after the Webern Variations.” Perhaps contrariwise, the Webern to me sounded like a palette cleanser, leaving the Mozart completely fresh in my ears; classically restrained however daring Mozart was being harmonically.

This was a deeply satisfying recital, complete within itself (the applause was prolonged, but was astute enough not to indulge in encores), which bodes well for Biss’s future. He is back at the Queen Elizabeth Hall next season, in duo with Richard Goode as part of the International Chamber Music Season with intriguing transcriptions such as Stravinsky’s two-piano version of Agon and a duet version of Beethoven’s Grosse Fuge (31 May 2008), although by then EMI will presumably have issued his next, all-Beethoven, disc, which is already in the can.

Meanwhile the pendulum swings to age and maturity for the final two International Piano Series recitals this season. Alfred Brendel performs the first solo recital in the newly refurbished Royal Festival Hall on 14 June, while Nelson Freire closes the season with his Queen Elizabeth Hall recital on 27 June.