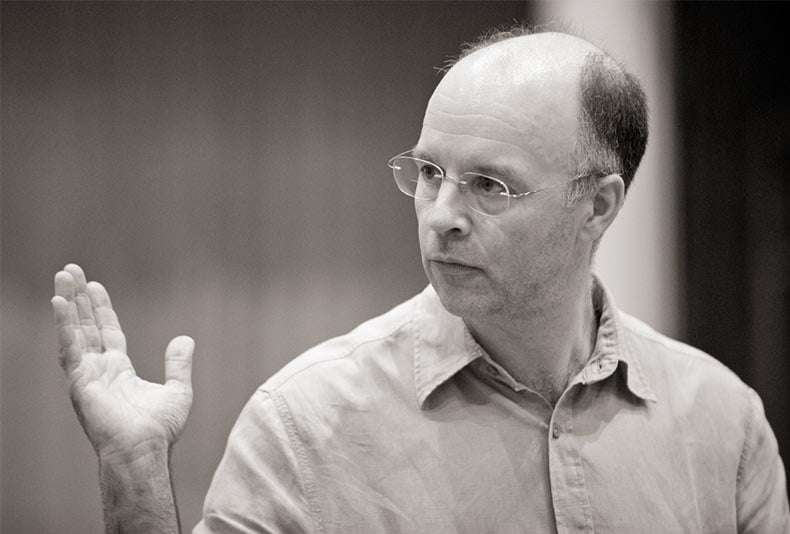 This typically enterprising programme launched KSO 61. Slonimsky’s Earbox (1995) is an exhilarating journey if more than a ‘short ride’, music in which John Adams salutes author, including his Thesaurus of Scales and Melodic Patterns, Nicolas Slonimsky. It’s a score that flies high with a roulade of notes, rhythmic twists and colourful scoring, suggesting wide-open (Coplandesque) spaces and, offering respite, nocturnal raptness, before the foot-down return journey, if using a different route. The whole was skilfully negotiated, focussed and scintillating; and, quite frankly, anyone who dropped in on this concert not knowing anything about the Kensington Symphony Orchestra would surely have been astonished to then know of its amateur status: a tribute to the exacting Russell Keable, only the second KSO music director in its sixty years, succeeding Leslie Head.

However, for all the KSO’s continuing character and commitment, things were less polished in the Bartók (written for Koussevitzky and the Boston Symphony). Indeed, roughness in the outer movements suggested that this music, the oldest here and therefore likeliest the most familiar, poses the biggest technical challenge of the three chosen pieces. If Individual errors and corporate uncertainty were offset by rich expression and earnest attack, it was the Finale that suffered most; and the timpanist, reticent throughout, went AWOL at the moment the pedalled glissando note was needed – nothing – just before the fugal episode, itself touch and go. The three middle movements fared much better, amalgamating humour and lament; the bluffness of ‘Game of the Couples’ was well brought off, the ‘Elegia’ was eloquent and profound (did anyone else think of Neville Marriner at this point), and the ‘Interrupted Intermezzo’ was very shapely and intensely nostalgic in its Hungarian nuances (Bartók was homesick in America) before the trombones enter a ‘raspberry’ or two – Bartók now parodying Shostakovich’s ‘Leningrad’ Symphony, itself denigrating Hitler courtesy of Lehár. 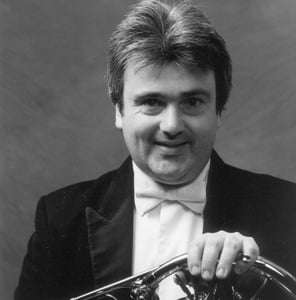 The excellence applied to the Adams had been maintained in Colin Matthews’s Horn Concerto (2001), premiered that year by Richard Watkins, who revived it during the Proms in 2006 (with Mark Elder and the Hallé, Esa-Pekka Salonen had led the first performance) and maybe he has returned to it since; in any case it’s good to find him continuing to champion this impressive opus.

Matthews’s score is spatial, something that worked a treat in the Royal Albert Hall’s circular design and unhindered outer thoroughfares. In the less convenient St John’s, the piece started outside, solo horn and four other horns blowing their hunting calls, in which something of Michael Tippett’s music is apparent. Watkins comes inside, and only now does Russell Keable make his entrance, although the KSO has already begun. At no point do the orchestral horns play from where you would expect, and Watkins first stands stage-right, then centrally, then stage-left before re-joining the other nomadic horn-players (previously at the back of the hall) aloft, overlooking the double basses, and Keable exited before the KSO found a long-held repose and an even longer silence.

If this all sounds rather too theatrical, the effect in-situ came off very well, a subtle aural and visual enhancement of the music that in any case is compelling – lyrical, dusky, enchanted, emotionally varied – the thrill of the hunt evident at significant moments. Richard Watkins (formerly of the Philharmonia Orchestra, currently of the Nash Ensemble) played marvellously and the KSO was fully alive to the music’s requirements; it was great to hear Colin Matthews’s Horn Concerto again and the composer looked suitably chuffed.

The KSO and Russell Keable return to St John’s on November 21 for Debussy (Faune), Dutilleux (Métaboles) and Berlioz (movements from his Dramatic Symphony, Roméo et Juliette).