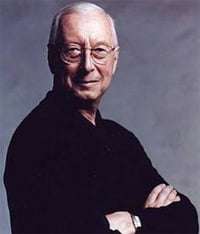 This was the equivalent of the Winners’ Concert earned by the finalists of a musical competition. In the case of Les Arts Florissants there was no public competition but in private auditions two-hundred aspiring singers had been whittled down to the six who performed here. Horticultural metaphors are unavoidable when speaking of this company. William Christie must be a plant-grower as well as a cultivator of baroque voices. In the gardening industry seed merchants develop new varieties of plants which they then submit for independent verification, a process which involves both public display and detailed assessment by specialists. Some fall short, but the very best may be recognised as having outstanding merit.

A constant renewal of plant species is taking place. So it is in Christie’s nursery. In preparation for this concert the select half-dozen had clearly undergone training not only on a vocal level but also through study of the history of the works involved, stylistic considerations and dramatic interpretation. The interview with Christie in the programme-book reveals that he seeks a synchronisation between voice and music, something that doubtless emerges as the singers familiarise themselves with their colleagues and with the repertoire.

This was a thoroughly prepared programme. The occasional lapses in ensemble by the singers could easily be forgiven. The music is mostly dramatic and its performance was semi-staged, with surtitles, and with motions smoothly and briskly done.

Christie was effusive in his programme notes about Purcell as a composer in general and about the opening “St Cecilia Ode” in particular. This work, divided into several parts, alternating voices, choruses, dance passages and ritornelli, was an admirable showcase, giving a taste of each of the singers and frequently offering evidence in support of Christie’s admiration, a harmonically daring minor-key passage for the four solo string players, for example, and the witty ending, with the bass-baritone left alone on an octave descent.

Two sopranos of differing timbre were heard in Monteverdi’s “Romanesca”, in which they bemoan the absence of the beloved, questioning themselves, seeking blame for their misfortune. Emmanuelle de Negri has a noble voice of mezzo-ish quality, satisfyingly rounded in tone, while Tehila Nini Goldstein offers an edgier quality, more readily able to serve its owner’s expressive intentions. The latter had the field to herself in the Rossi cantata and deployed precisely that potential perceptible in the duet. The complex feelings of the character were explored in impressive depth, exposed in their raw reality and communicated physically as well as musically. With the technical accomplishments – the scale passages, the pianissimos and the crescendos – skilfully negotiated, she was little short of mesmeric in this music.

Sean Clayton’s entry in the “Orfeo” scene was effected by jumping to the front of the stage, which set the scene for the high-spirited, uninhibited approach which he took to this piece and also characterised his treatment of the French operatic pieces after the interval; the audience warmed to his boyish charm.

The memento mori that followed brought two new singers in a work in which life and death alternated, as did the handling of them, sometimes solemn, at others tongue-in-cheek. My reaction to the countertenor of Maarten Engeltjes was initially that it was under-powered in a hall this size. There was no lack of vocal authority, however, in Andreas Wolf’s singing, or in his projection of the philosophical core of this text and its setting.

The final Italian work in the first half was Carissimi’s “Jepthe”, performed in fact in an orchestration by his pupil Charpentier and in excerpted form. The third soprano Katie Watson, barefoot, excelled in portraying the resolution of Jeptha’s daughter, concerned less about her own death but perversely regretting that she will die virgo intacta without descendants. Watson’s flawless intonation and dramatic focus made her long arioso a highlight of the evening, which her colleagues succeeded by a moving multi-voiced elegy.

If in the first half had been sadness and lamentation, only occasionally interrupted by fun, the balance was largely redressed after the interval. We travelled to France, even if by way of Venice, in the long Campra scene, in which all the soloists were again involved, admirably so in their ensemble singing. They created strongly drawn characters and left no doubt of their enjoyment, especially in the case of Negri’s and Watson’s comic by-play with the rose-tinted spectacles. Engeltjes brought an expansion of tone to his contribution here and elsewhere in this half of the concert. 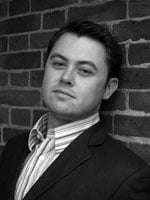 De Negri sang a “Tristes apprêts” in which I was not sure which cut more heartbreakingly to the quick, her singing or the playing of the pungent bassoon part. The imagination and expressive power of Rameau’s use of the orchestra was repeatedly evident. The quality of Clayton’s florid singing was confirmed, while Wolf turned Theseus’s powerful appeal into something positively Gluckian. Watson was joined by the ethereal flute of Serge Saitta for their joint portrayal of purity and innocence. Only Engeltjes could not receive an authentic solo piece (no countertenors in French opera) and had to make do with a transposition.

Excerpts from “Les surprises de l’amour” were a felicitous way to end the evening and we were invited to be joyful by the whole company, led off by Goldstein. The final surtitle read “Gaiety makes youth eternal.”

What an inspiration it must be to work with such consummate musicians as the members of the Arts Florissants band. The continuo instruments, in their various formats, formed a solid backdrop to both narrative and dramatic sequences. The main section were heard at its most impressive in the two Gavottes from “Les surprises de l’amour”, in which furiously lashing scales on the violins alternated with softly warbling flutes in an infectious soundworld. No wonder Rameau’s music continues to acquire a consistently swelling audience.

Though the aim of this intensive growing course is to fertilise the students with the knowledge and skills to enable them to perform music of the seventeenth- and eighteenth-centuries in an informed and effective way, these artists clearly have wider horizons. De Negri has roles in works by Mozart, Offenbach and Puccini (Tosca) in her repertoire. She sounds and acts like a staunch lyric soprano, while I suspect Wolf will carve a niche for himself as a Lieder singer.

Christie throughout conducted with unmistakable joy in the music, mouthing words, supporting the musicians, sometimes virtually hauling these novice singers round the track and joining in the applause for their achievements. This was another triumph for him and for the Barbican Centre’s “Great Performers” series.