A delightful programme combining some rarely played and some extremely familiar music, not least excerpts from “Die Zauberflöte”, but in a highly unfamiliar arrangement for violin and oboe.

Lisa Batiashvili and her friends combine some exceptional talents. Antoine Tamestit worked with Tabea Zimmermann and was selected as a BBC Radio 3 New Generation Artist (2004) as well as for a Borletti-Buitoni award (2006). Danjulo Ishizaka, a student of the late Boris Pergamenschikow, is also a New Generation artist and won the Gaspar Cassadó competition. François Leleux (Lisa’s husband) – around whom much of this programme was built – was a one-time pupil of the legendary Maurice Bourgue and is currently Professor at the Hochschule für Musik, Munich, not that there anything remotely academic about his playing which combines finesse with an outsize personality.

Beethoven’s Trio for Oboe, Viola and Cello was probably composed around 1794 but kept it in his bottom drawer for more than a decade. Originally scored for two oboes and a cor anglais, the publisher Artaria also printed versions for two violins and viola, and for piano and violin. Hardly the greatest Beethoven, it is still music of enormous charm, especially when performed with such evident delight and polish. Leleux, Tamestit and Ishizaka were colloquial in the best sense of the word, none of them hogging the limelight, yet light on their feet and constantly bringing out the music’s dry wit with well-timed pauses and precisely placed accents.

Ernö Dohnányi’s utterly delightful Serenade in C used to be a favourite of Heifetz, Primrose and Piatigorsky. It contains some quite gorgeous music, especially for anyone with a sweet tooth. Perhaps part of the reason for its comparative neglect is the demands it makes: music for three soloists. Fortunately there was nothing remotely average about this performance. After the vigorous opening ‘March’ with a Hungarian-sounding second subject, the viola playing ostinato style on open strings, comes a ‘Romanza’ which opens with a delicate viola leading to an extended song from the solo violin:

Batiashvili has that ability rare in any musician suddenly to play a phrase in such a way as to compel an audience to hold its collective breath – so it was here and also at the close of the ‘Theme and Variations’. Throughout, Tamestit and Ishizaka were absolutely equal partners, fully able to hold their own in the tricky chattering scherzo and the moto perpetuo finale whose final climax generated a weight of sound which was positively orchestral before the music gradually marches away into the distance as though the serenaders were dispersing into the night. 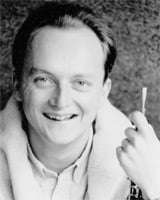 Benjamin Britten’s precocious Phantasy for oboe and string trio – it was written when he was 18 – won its teenage composer a prize of thirteen guineas, which he duly spent on a new suit and a score of Falla’s El amor brujo. Its 14-minute span is a kind of musical palindrome, emerging from nothing and ending with a reprise of the work’s opening in reverse sequence before disappearing into silence. It is a remarkable work, not just for its precocity but also for its subtlety and its emotional weight. Seldom can Britten’s music have drawn quite so impassioned a response.

Three extracts, including one of the Queen of the Night’s arias (‘Der Hölle Rache’) from “The Magic Flute”, arranged by an unknown hand for the unusual combination of violin and oboe, provided light relief. Batiashvili and Leleux had such fun, striking sly musical sparks of each other, that it would be a dull soul who did not respond with equal pleasure.

Finally, an exuberant account of Mozart’s Oboe Quartet; perhaps a little too exuberant – the first movement was sprightly to a degree and would have possibly repaid a slightly more measured tempo – but it was all wonderfully elegant, the development ushered in with rare suavity. Leleux, not surprisingly given his antecedents, produces a tangy oboe sound slightly reminiscent of Leon Goossens (but without the acidity) which was heard to best advantage in the slow movement’s cadenza and the stealthy way he ushered in the finale’s main theme. Another Mozart arrangement, for oboe and strings, was offered as an encore.