“Armistead Maupin, legendary chronicler of San Francisco life, whose Tales of the City have been loved by millions, reads from his funny, poignant and unflinchingly honest memoir Logical Family. An unmissable evening of words matched with music from the movies, the stage and the concert hall with one or two surprises.” [Barbican Centre website] 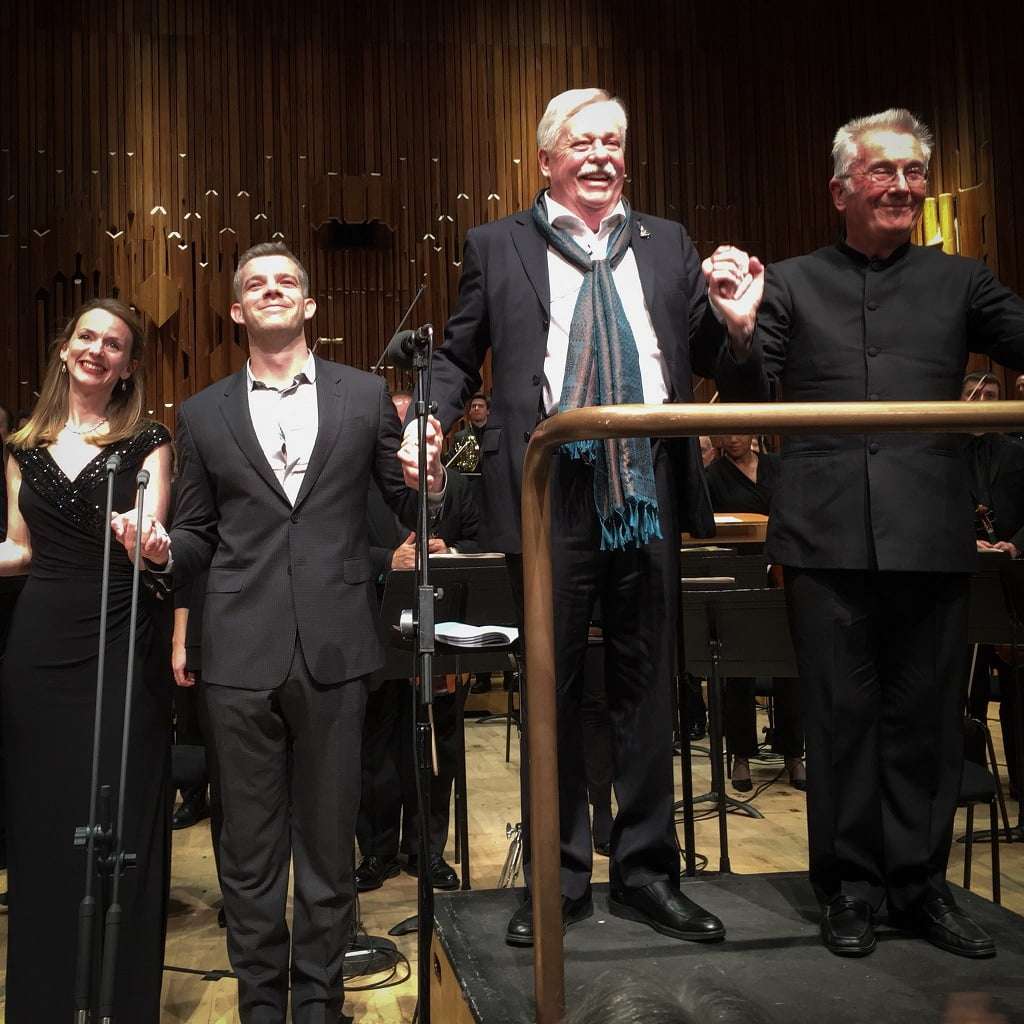 Like everyone else I knew then, I devoured Armistead Maupin’s Tales of the City books when they started appearing in the 1970s, an irresistible mix of Dickens-like vividness, a pragmatic approach to gay liberation and a very American can-do positivism. I’d wondered if Mary Ann Singleton, Anna Madrigal, Mouse and 28 Barbary Lane would still be flourishing in the brisker milieu of computers, Facebook and tweets, but four decades on their stories of innocence and experience still jump off the page (and were brilliantly recreated for television by Laura Linney, Olympia Dukakis and Marcus D’Amico).

Armistead Maupin, now seventy-three and an international gay treasure, was in London to read extracts from his new autobiography, Logical Family, a modest event in a major concert-hall with a full-strength orchestra and solo singers providing the soundtrack to a life well lived.

Maupin, brought up in South Carolina, hitched his wagon to the southern splendour of ‘Tara’s theme’ from Max Steiner’s music for Gone with the Wind, played just on the right side of gaudy, moving on through Sarah Tynan’s slinky ‘Summertime’ (Porgy and Bess) and a wonderfully secretive Noël Coward ‘Mad about the boy’ from Jamie Parker against an over-luscious orchestral arrangement, the first half rounded off by the tightly-geared John Adams Short Ride in a Fast Machine played with hi-definition precision. 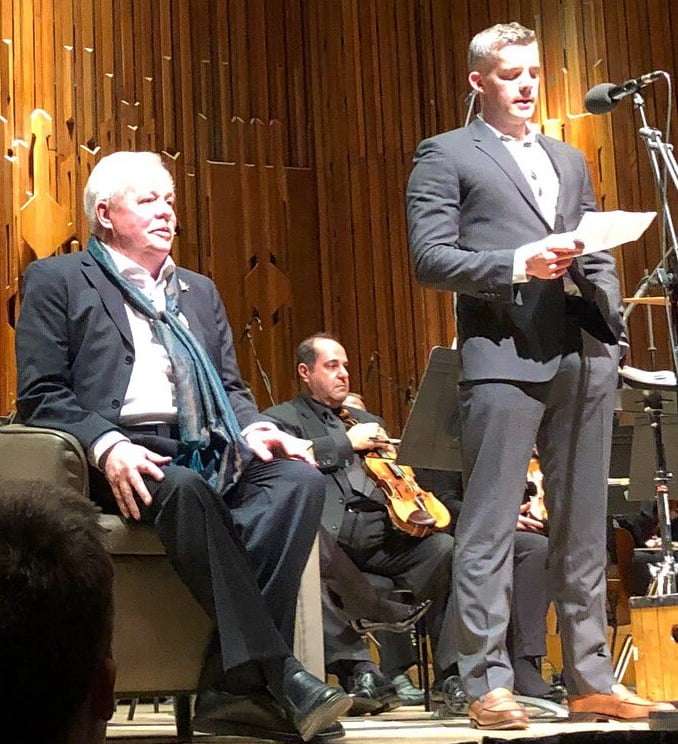 The predominantly American music continued with Masquerade, a maelstrom of percussion and swooning string-writing premiered at the 2013 Last Night of the Proms, by the UK-born, USA-residing Anna Clyne, the big tune from Bernard Herrmann’s majestic score for Hitchcock’s Vertigo that summed up Kim Novak’s remote glamour, a stunning clarinet duo in Mason Bates’s Nymphs, Tynan sublime in ‘O mio babbino caro’ (Puccini’s Gianni Schicchi), and the parade reasserted itself with Leonard Bernstein’s Candide Overture. There was no information about the choice of music, but it shadowed the ups and downs (mostly ups) of Maupin’s life, and David Parry transmitted his showbiz wizardry to the BBC Symphony Orchestra.

Maupin and his book, though, were the main event. His southern courtliness and an infectious garrulousness are as present in his reading as they are in his writing as he took us through early family life, his abrupt loss of virginity, his big break writing about supermarket cruising in the Pacific Sun paper, coming out against Anita Bryant’s virulently-anti-gay Save our Children campaign, the deaths of his parents and his beloved English grandmother – all related with a light, gossipy detail that lingers in the memory.

Along with his endearing, self-deprecating humour and nostalgia, there’s a steely moral purpose and an equally affecting inclination to think the best of people, which is one of the abiding pleasures of Tales of the City. Candide didn’t have the last word – this was given to actor Russell Tovey, just about holding it together as he read ‘Michael’s Letter to Mama’.