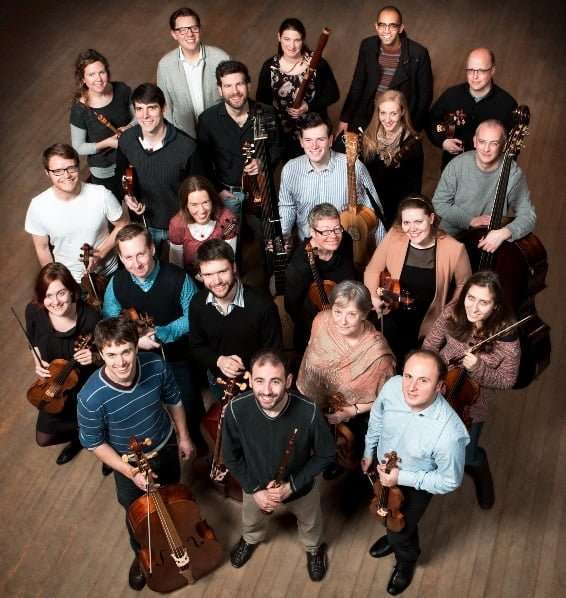 Like much of his operatic canon, Handel’s Berenice (1737) fell into obscurity and has never really emerged since. This is not wholly surprising given the contorted plot of conflicting and duplicitous manoeuvrings and the characters’ romantic and political affairs (pitting ancient Rome against Egypt), which are not always made comprehensible by the pared-down, terse libretto. As almost always, however, that hardly restrained Handel’s invention – there is enough musical interest to hold the attention over nearly three hours.

It gave rise on this occasion to a performance from David Bates and La Nuova Musica enlivened by their usual alacrity and alertness to the diversity of Handel’s setting. Not the least important aspect was the urgent pace of the recitatives (and Bates’s intelligent and imaginative harpsichord realisations) propelling this concert performance and giving it dramatic impetus. The solemn, even languid account of the Overture’s Minuet (as though in deference to its comparative fame) and the stateliness of Act Three’s Sinfonia (which foreshadows the Royal Fireworks Music) told all the more for a contrasting effect. With one to a part among the ensemble there was room for considerable dynamism and also a close cohesiveness. Hannah McLaughlin negotiated the oboe’s eccentrically winding, chromatic lines in Berenice’s aria ‘Chi t’intende? O cieca, instabile’ winningly, though Rodolfo Richter’s violin solo in ‘Vedi l’ape’ sounded dry and the delicate image of a bee flitting from flower to flower was undermined.

Generally the singers met the demands of the drama on even terms, making for an engaging account of a work that can be static at times as the characters sort out their squabbles and misunderstandings. The soloists provided an additional theatrical dimension by moving around the venue somewhat more than I have seen there during this Festival in previous years: Charlotte Beament sang her first aria as Berenice from the pulpit, for example. As the Queen who imperiously wards off the romantic advances of Alessandro at first, she sang with formidable presence, though later revealing reserves of tenderness and human warmth, making a rounded person of the title role. Anat Edri’s Alessandro was the opposite at first, sounding cool and too detached, but she developed, coming into her own with serenity and vulnerability, and finally innocence and purity by the time the drama resolved itself in her duet ‘Quel bel labbro’ with Berenice.

As the object of Berenice’s affection, Demetrio (who is in love with her sister Selene) Michal Czerniawski successfully demonstrated all the versatility Handel calls for. On his first appearance, he expressed a yearning intensity (in ‘No, soffrir non puo’) which integrated ravishingly with the similar articulation of the solo violin, but he modulated his tone to convincing fury and scheming later on. We ought to hear him more in such castrato roles, whether in concert or on the stage. Emma Stannard sang Selene in a steady, consistent manner, whilst Timothy Morgan realised the part of Arbace (Selene’s unrequited lover) fluidly and gracefully. If Christopher Turner’s Fabio lacked some subtlety and finesse, Tim Dickinson exuded stern authority as the captain Aristobolo.

Handel would very likely have been startled to find his operas revived in his own parish church nearly three centuries after they were composed, but this proved no obstacle to Bates and his team in recreating a vivid interpretation of a delightful score.