Handel
Faramondo – Opera in three Acts to a libretto adapted from Apostolo Zeno’s Faramondo [sung in Italian, with English surtitles] 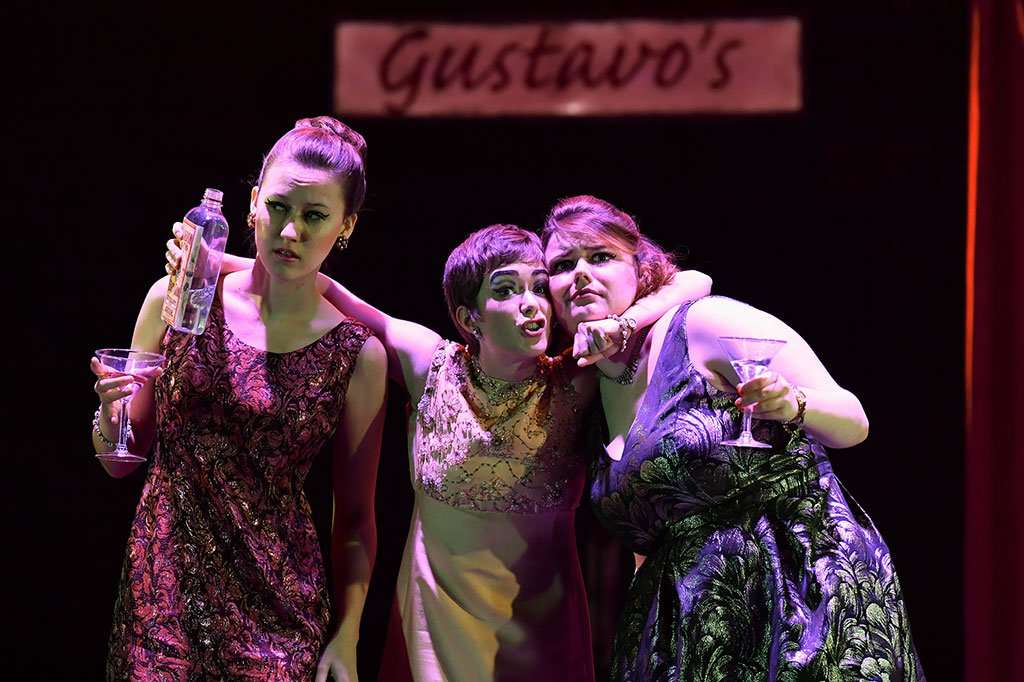 Faramondo (1738), opening this year’s London Handel Festival, is amongst his final operas: next came Serse and then only two others. The fact that Faramondo is a rarity would seem to do not so much with the music which, number by number, is virtually as inspired as any, but rather with its convoluted plot which concerns vengeance and the conflicts of loyalty as between political and romantic allegiances in an obscure period of the Dark Ages.

William Relton’s production makes quite good sense of those narrative contortions by turning the power-struggle among Faramondo, Gustavo and Gernando into a tussle between rival gangs in the 1950s or 1960s. The enactment of the back-story during the Overture – Faramondo’s murder of Sveno, thought to be Gustavo’s son but in fact that of Teobaldo – helps clarifies the issues.

Although Laurence Cummings’s robust performance of the preamble omitted the stately Minuet, there was a lack of impetus at the beginning, as an awkward pause led into a languid stretch of recitative which also cut out a brief but urgent chorus (it lasts for all of twenty seconds) in which Gustavo’s cohort swear revenge upon Faramondo – its inclusion would have heightened the musical and dramatic tension to considerable advantage. Fortunately the pace picked up with the subsequent succession of arias and recitatives, which Cummings propelled with sweep, and was endued with alacrity from the London Handel Orchestra. 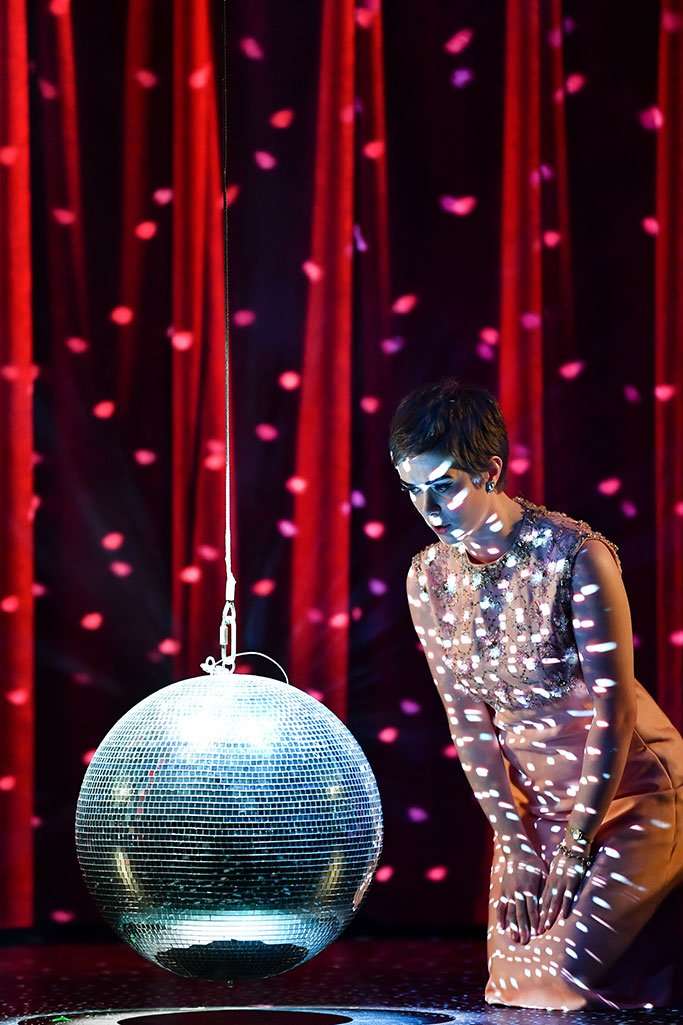 Proficient acting and singing from all concerned sustain a generally compelling and intelligible staging – with much knife-wielding and manoeuvring around Gustavo’s seedy nightclub. But the concluding chorus was weak: once Faramondo’s fealty won the day such that he and Gustavo are reconciled, he wins his daughter Rosmonda’s hand in marriage, and the villains, Gernando and Teobaldo, are revealed as such; the audience is not left to use its imagination in drawing the moral consequences. Instead Faramondo slits those schemers’ throats – whilst praising virtue and love – prompting his gang to follow suit, and so after no particularly anti-heroic stance up to this point, the denouement is reduced to unedifying, melodramatic violence. Laughter from some in the audience might have been a kindlier response than was deserved.

Ida Ränzlöv’s Faramondo and Beth Moxon’s Rosimonda were a good match for each other, projecting different layers in their characters – each strongly declaiming their first aria to show that they mean business, but expressing more nuance later. Harriet Eyley appeared as a demure Clotilde, Faramondo’s sister, but her solid singing suggested otherwise, and she emerged with triumphant vigour in the memorable and virtuosic aria ‘Combatutta da due venti’ (the opera’s hit number) which she enacted slickly and amusingly.

Kieran Rayner was a measured Gustavo, maybe lacking some musical force, though that was not the case with Josephine Goddard as his son, Adolfo, both of whom vie for Faramondo’s sister, giving rise to some of the entanglements in this opera. Timothy Morgan’s fluid, highly-pitched countertenor skilfully depicted Gernando to be the slippery character he is, further enhanced by making him a wayward junkie. It is also a neat meta-theatrical conceit to satirise the Baroque convention of castrati singing and underline the character’s failure to live up to his manly duties within the code of gang warfare by suggesting that the reason for his unnaturally high voice is on account of glue-sniffing in his first aria, and on receiving a blow to his private parts by Rosimonda in the second. Harry Thatcher’s Teobaldo and Lauren Morris’s Childerico both completely inhabit their minor roles.

Enthusiasm and animation carry the cast and orchestra through, then, despite some flaws, and so this is a production worth seeing, both for the opportunity to see a rare Handel opera, and for demonstrating how such a thing can be salvaged profitably for today.