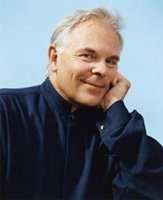 During the early 1970s Stephen Bishop (as Kovacevich was then) and BBC Symphony Orchestra and Colin Davis recorded, for Philips, one of the great sets of Beethoven piano concertos. A decade later, having returned from an extended sabbatical, Bishop-Kovacevich (as he had become) was both soloist and conductor in these works with the Australian Chamber Orchestra (for EMI). His approach was now somewhat lighter and the tempos faster. Since then, Kovacevich has recorded the finest set of the Piano Sonatas in the last 30 years, again for EMI.

At Cadogan Hall, Kovacevich directed the London Mozart Players in the on-going series of Beethoven’s piano concertos and symphonies. The opening Romance was disappointing. Unfortunately David Juritz lacked command and projection, eschewed portamento and was off-key in the work’s opening half. Things improved enormously in the Piano Concerto, despite the fact that the orchestra is chamber-sized and therefore hardly appropriate for Beethoven. There was considerable attack and martial bounce in the introduction at a fast, but not hectic tempo. It could actually have been Colin Davis conducting, so closely did Kovacevich mirror his approach to dynamics and balancing. My heart sank as Kovacevich played the opening scale. As he has grown older his technical command has somewhat lessened, and here there were wrong notes and less-than-defined finger-work. However, Kovacevich’s playing improved. The second-subject rightly brought no relaxation and rhythmic command and dynamic nuances were exceptional. In one of Beethoven’s cadenzas the sense of power and almost outrageous improvisation were exceptional. I found myself smiling: this was truly great Beethoven-playing, which no living pianist could equal. 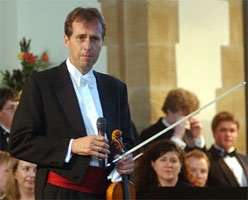 A slightly slower tempo would have been beneficial in the Largo. For all the concentration, beauty of tone and exquisite detailing that the pianist brought, a true sense of peace was only conveyed in the last few pages and some of the woodwind ensemble was awry. Peace and tranquillity were nowhere to be found in the finale. At speed Kovacevich’s articulation was dazzling and bar after bar was reinvented in the most infectious and joyous manner.

The Seventh Symphony received a performance of two halves. In the extended slow introduction there were slight ebbs and flow within a moderate tempo; however, a sense of tension and power-in-reserve were absent. Much the same could be said of the main Allegro. Here the rhythms were sprung and strong and there was some effective delineation of the woodwind parts. But the massive sweep and sense of unstoppable power that, say, Carlos Kleiber conveyed, was only hinted at.

Given Kovacevich’s exceptional command of rhythm in the concerto, it was surprising that the slow movement’s theme was rather smooth and slurred within a slightly too fast tempo. There were also intonation problems that further deadened the music’s emotional impact.

Things improved substantially in the scherzo. String attack was ferocious, the timpani crashed out and the violas’ held-notes that help prepare the way for the trio. were beautifully extended and highlighted. The trio itself brought a slight relaxation of tempo and powerful woodwind and brass fanfares. You could almost say that Beethoven 7 is an exalted exercise in two-four time – and certainly there was an absolute command of that metre in the finale, with ferocious timpani and a very slight, old-school, relaxation of tempo for the second subject. With a full symphony orchestra the coda’s two fff outbursts would have been more powerful; nonetheless the last two movements were examples of magnificent Beethoven conducting.