This was the second of four LPO concerts this season with its Principal Conductor designate Edward Gardner, who, when he takes over in 2021, joins a very distinguished maestro elite. On the evidence of this Verdi Requiem, the LPO has chosen very well, and for those used to the current principal Vladimir Jurowski’s often guarded and minimalist conducting style, Gardner’s is notably spacious and dramatic. 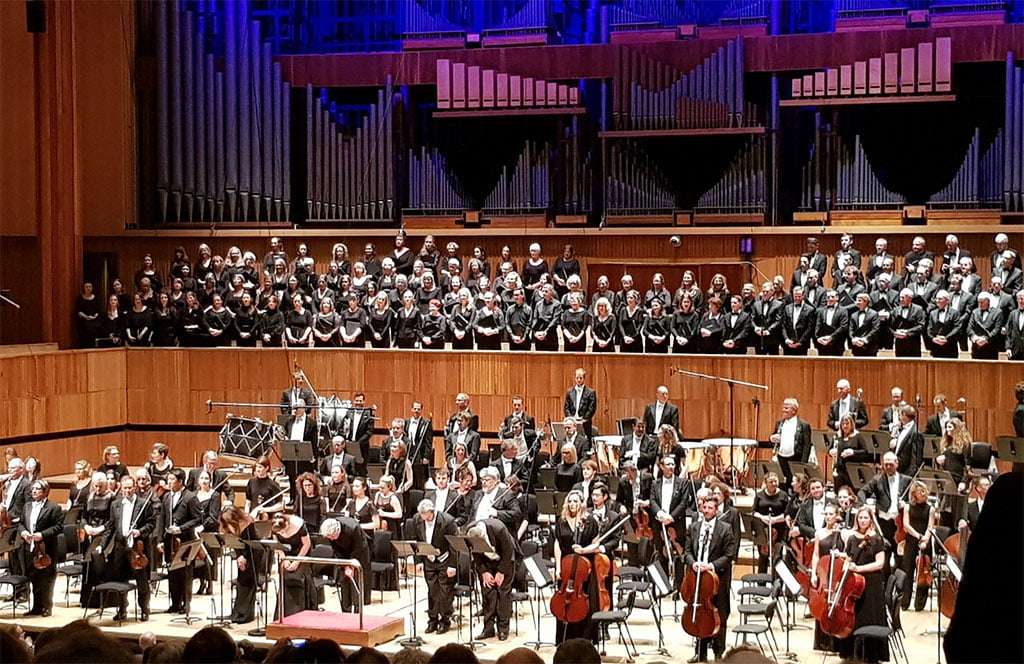 The four soloists defined the scope of Verdi’s masterpiece and made the astonishing quality of its inspiration jump off the page. The fact that there were two changes – soprano and tenor, the latter, Robert Murray, a second replacement, taking over at the very last minute – made the quartet’s advances and retreats through the drama of the Latin Mass for the Dead all the more febrile and heartfelt.

Murray seized his opening gambit in the ‘Kyrie eleison’ – one of Verdi’s most generous gifts to a tenor – as though his life depended on it, and later, in the lovely ‘Ingemisco’ and ‘Hostias et preces’ solos, spun the Requiem’s humanity with overwhelming lyricism. Similarly Iulia Maria Dan promised great things in the opening, and delivered them in style in a spellbinding ‘Libera me’, Verdi’s unsparing return to the terrors of judgment, with an eerily breathless, quasi-visual “Tremens factus”, opening out into stunning top notes then collapsing into the muttered prayer that closes the work – no going gently into the good night here. Dan’s colour and spontaneity was a distinctive match for the mezzo of the great Ekaterina Gubanova, who not only radiated poise, focus and rock-like certainty of pitch that worked wonders in the measured, litany-like unfolding of the ‘Agnus Dei’, she also, and very movingly, saturated the text with meaning. The ensemble was both capped and underpinned by Gábor Bretz, whose shades of darkness, depth and solemnity created an awesome void in ‘Mors stupebit’, divine wrath in ‘Confutatis maledictis’ and a semblance of warmth in ‘Oro supplex’. The solos were all wonderful, but their collective artistry in the many ensembles was exceptional as they sharpened and characterised the text’s private and public extremes.

They also flattered the London Philharmonic Choir, on peak form. Its subliminal singing in the opening bars was the nearest sound gets to a drained grey, and the ‘Dies irae’ outbursts, even more so the ‘Tuba mirum’, were wild and electrifying. The LPC is an ultra-responsive body of singers who surpassed themselves here, incidentally reminding us of the Festival Hall’s resonance, which allows us to hear big sound decay and settle.

Gardner favoured Italian-style primary colours with forthright wind solos (although I missed the bleakness of the bassoon obbligato in the ‘Quid sum miser’ trio), savage brass – which could have been a bit more Michelangelo-esque in the placing of the offstage trumpets – and an impressive string luminescence. Gardner’s skill in managing the Requiem’s flow between monumentalism and impetuosity was second to none as he embraced extremes of drama and tenderness, and he released a spirituality that had you hanging on every musical and textual detail. It looked as though the performance was being recorded. Let’s hope this was the case.