György Ligeti’s Lontano did indeed seem far-away when the concert’s start-time became elapsed by several minutes. Eventually completed by a bassoonist and his contra colleague the London Philharmonic was ready to welcome Vladimir Jurowski and to conjure the hypnotic clusters of sound that Ligeti microscopically notated in 1967 for a large orchestra without percussion (or indeed any instrument that is specifically plucked or struck), a seamless web of timbre that is descriptive of whatever the listener wishes to make of it or as a beguiling palette of orchestral colour traced from high to low, with much in between and numerous blends, pregnant in atmosphere, crescendoing only so far and suggesting distance without detachment. This patient, poised and texturally lucid 12-minute account held the attention. 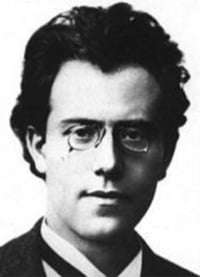 The Mahler also compelled. For all the work’s occasional longeuers and uncertainty, “Das klagende Lied” (The Plaintive Song) is Mahler’s acknowledged ‘opus one’ and a remarkably assured and distinctive one (and not just because Mahler had barely reached the age of 20 when he completed it). Yet he would come to jettison the long (30-minute) first section – ‘Waldmärchen’ (Forest Legend) – and thoroughly revise the other two. Just occasionally since Mahler’s rejection of it, ‘Waldmärchen’ had been heard separately (and in the LP era Boulez recorded it coupled to Mahler’s last completed movement, the opening Adagio of his unfinished Tenth Symphony). In more recent times ‘Waldmärchen’ has been returned to its original slot and, here, Jurowski (as he did in September 2007 in his first concert as the LPO’s Chief Conductor) cannily opted to perform ‘Der Spielmann’ (The Minstrel) and ‘Hochzeitsstück’ (Wedding Piece) in their unrevised states. Thus Mahler’s youthful adventurousness and his profligacy could be experienced across the hour-plus that this cantata lasts – budget-busting extravagances include the enjoyment of seeing six harps being played unanimously but not necessarily hearing them to the degree supposed, or appreciating that the off-stage band (Mahler’s particular brand of lontano) needs the hiring of seventeen additional musicians and a second conductor (here Thomas Blunt) for not that many bars of music, sometimes a ghostly overlay, sometimes extending sonic angles such as in the pagan celebrations of ‘Wedding Piece’.

Mahler the balladeer takes us on a legend involving two knight-brothers, a rare flower, a queen, fratricide, a story-telling flute carved from one of the dead sibling’s bones, and that titular minstrel. Musically Mahler opens sombrely and evocatively, the forest is in our ears and a tale emerges from its seclusion. Mahler’s writing for two tubas is striking, so too the basso profundo end of the chorus. Later, it’ll be clear that Mahler knew his Wagner and that some lower-string rhythms stem from the first Act of “Die Walküre”; equally evident is that thematically Mahler was well on his way to his First Symphony.

Jurowski kept the unvarnished original score on the move, giving it powerful thrust when required and not lingering over enchantments. He also ensured no obfuscation of Mahler’s detailed and often-beguiling soundworld, such clarity aided by having the soloists in the Choir seats. The singers’ voices carried over the stage perfectly well and were matched in quality by members of the Glyndebourne Chorus. The one miscalculation was to amplify the two trebles (each had a head microphone) – the result was that they sang slightly louder than their adult counterparts and their voices attracted unwelcome ambience – that someone didn’t flick the switch in time and the trebles’ first appearance transmitted agreeably without bolstering suggested that the electronics were unnecessary. The London Philharmonic Choir was in fine form. Allowing that Jurowski’s 2007 performance of “Das klagende Lied” is on DVD, it’s nevertheless a shame that this revealing account was also not recorded. 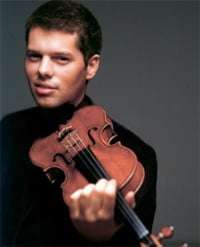 Enlightening though it was to hear some relatively untrammelled Mahler, and in a persuasive performance, it was Barnabás Kelemen who stole the show. For all that his tone tends to thin at the highest register (and with it can come slightly-off intonation), Kelemen is a fantastic violinist blessed with an immaculate bowing arm who produces an attractively grainy tone to project the earthy response he brings to the music he plays. He was in his element with fellow-Hungarian Bartók’s Violin Concerto No.1. Similar to Mahler with his cantata, Bartók effectively withdrew this violin concerto – albeit for different reasons. In 1908 he completed this compact, two-movement, 20-minute piece for Stefi Geyer, with whom he was having an affair and whose character is enshrined in the music. She ended the relationship but retained the concerto’s manuscript throughout her life, Bartók keeping a copy of his work but not pressing for a performance. He did though re-use the opening movement as the first of Two Portraits (Opus 5). The Violin Concerto itself wasn’t heard until 1958, a couple of years after Geyer’s death and more than a decade after Bartók’s.

Enjoying a sensitive and sparky accompaniment, Kelemen (who has recorded the concerto for Hungaroton) was confiding and rapt in the opening slow movement displaying ardour and beauty of line, and then brought brilliant poise to the edgy, folksy and witty finale, its reflections elatedly spun. If this isn’t fully-fledged Bartók (Korngold comes to mind at times), the concerto has many fingerprints and seeds for his later greatness. Given he’s a violinist one wants to hear often, Kelemen kindly offered two encores: the finale of Bartók’s Solo Sonata (given without quarter-tones), the necessary mute borrowed from the LPO’s leader Pieter Schoeman, Kelemen effortless in the surreptitious scurrying passages and bringing vibrancy to lyrical contrasts. Such an innate (and intense) response also informed the ‘Sarabande’ from J. S. Bach’s D minor Partita, Kelemen’s playing perfectly poised between fastidiousness and a winning ink-still-wet spontaneity.