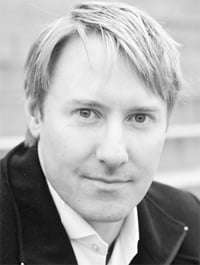 Just under two years ago Benjamin Northey impressed when he shared a London Philharmonic concert with two colleagues as part of the Allianz Academy. On that occasion he conducted Stravinsky’s Symphony in C – anything but a pushover – with clarity and meaning. His return here was both welcome and vindicated in a particularly attractive programme that somewhat unusually, but persuasively, placed the evening’s blockbuster first.

True, Francesca da Rimini has received more elemental readings than this one, its lava-flow drama somewhat sacrificed to everything-in-place articulation; yet there was much to be enjoyed on a purely musical basis – not least good balance (brass integrated and percussion supplying complementary colour) and attention to scoring, with the central section, led-off by Nicholas Carpenter’s eloquent clarinet-playing, being a model of pacing, well-placed detail and cumulative passion.

After the interval, one of Vaughan Williams’s best-known pieces and a Dvořák rarity found Northey conducting both with intimacy and skill. That said, Tallis Fantasia needs more ambience than the Royal Festival Hall can muster, more resonance to fill, even extend the pauses; this performance was a little rushed, pushed through, its expanse and amplitude compromised, but it was also well-judged within, in context, the limitations of this venue, the final long-held diminuendo beautifully attained.

Dvořák’s Symphonic Variations is a work difficult to bring off. If its intricacies were not as immaculately turned as ideal, this account caught well the capricious nature of Dvořák’s exquisitely crafted, economic yet fertile invention, music of wit and warmth, tightly organised yet with a flexibility that never allows sameness of expression, the final measures exhilarating to round-off a perceptive and devoted performance.

To complete the concert’s first half, Arnaldo Cohen had given an unaffected and penetrating account of Liszt’s Second Piano Concerto, assured, insightful, full of bravura and with no lack of sensitivity: in a nutshell, seductive and pulsating. Northey and the LPO were sympathetic partners, the conductor swapping his positioning of violas and cellos so that Cohen could see Josephine Knight straight ahead of him … however, all Northey had to do was have antiphonal violins and place the cellos left-of-centre, an arrangement apposite for all of this concert’s music and to allow the cellist to be the pianist’s next-door-neighbour, which was surely Liszt’s intention. Nevertheless a vibrant performance, especially from Cohen, totally inside Liszt’s music, who then brought the house down with his encore, Apanhei-te Cavaquinho by fellow-Brazilian Ernesto Nazareth (1863-1934), a jaunty tune embedded within Lisztian fioritura – something to be enjoyed again on the YouTube link below.