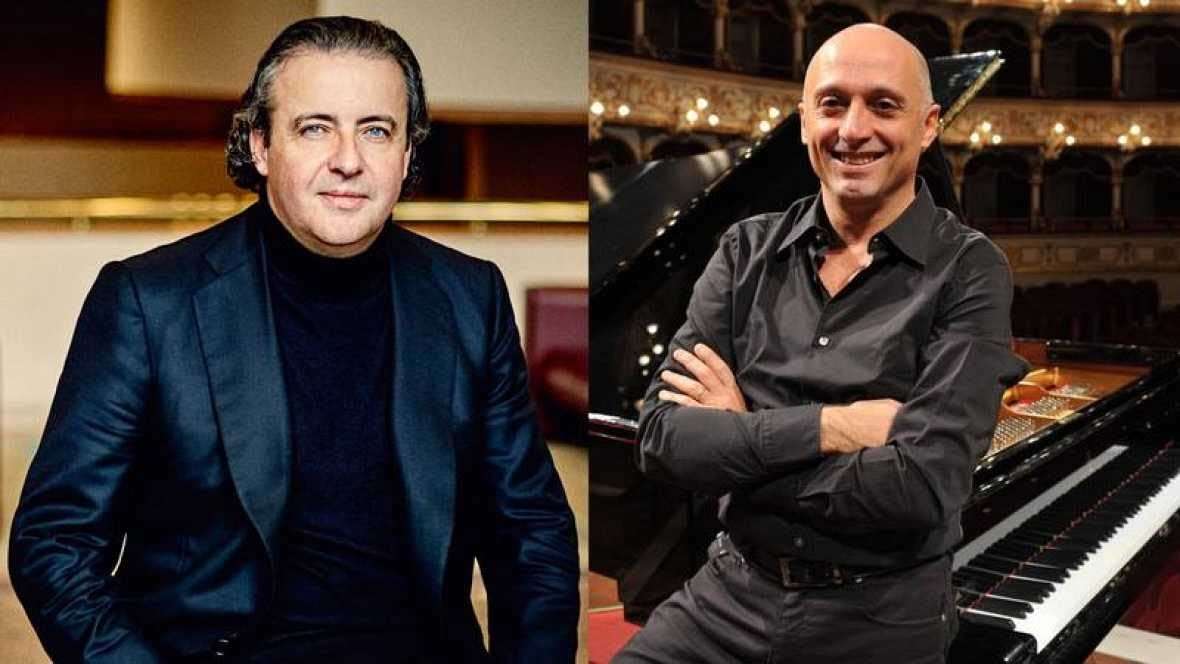 Spring came early courtesy of the London Philharmonic, but not without the violent upheaval of Winter as the year-long “Changing Faces: Stravinsky’s Journey” series continued, here with Juanjo Mena leading a superb Rite. Beforehand the season arrived in more tranquil circumstances, first with Debussy’s Printemps (1887), the original score lost in a fire and re-orchestrated from a two-piano version in 1912 by Henri Büsser (including harp and piano) under the composer’s supervision. This two-movement piece, the pause Mena left between them far too long (as would the divide in The Rite also be), is delicate, fragrant and expressive, becoming dance-like with sunny-side-up leaps. This sensitive and colourful performance did full justice to the music’s voluptuous, languorous and exultant qualities. Delius was well-looked-after, too, his rather lovely 1889 Idylle de Printemps (it was left unloved until 1995, despite Beecham having possessed the manuscript during the interim) is a pastoral contrast of his gregarious life in Paris, poetic and enraptured music, with flute trills and horn-calls, sweetly and softly establishing a timeless evocation of the French countryside, no cuckoos though, and played raptly.

Ravel’s Left-hand Piano Concerto fared less well. This dark and ominous score, written for Paul Wittgenstein who had lost his right-arm in World War One as a member of the Austrian army, found in Benedetto Lupo a technically proficient soloist with the occasional dramatic touch but whose over-use of the sustaining pedal sometimes blurred figuration, and he dragged the cadenza away from being fundamental. Nor was the orchestral writing always as pristine as it needs to be, and with tempos by degrees either too fast or too slow the whole lacked for structural integrity. Best of all were Jonathan Davies’s vivid bassoon contribution, appropriately macabre, and Mark Templeton’s edgy jazz-inflections on muted trombone.

It was Davies who opened The Rite of Spring so lyrically, a presage of Mena’s finely considered roots-searching conducting of it, notable for lucid enunciation, fine blends and good balances. Here was a Rite that could be danced to, as well as being thrilling, and with an observant regard for the score’s folksong aspects, often overlooked in gung-ho approaches. Musical clarity was Mena’s watchword, no cheap thrills here, and no short-changing of the music either, and the opening of Part Two was unusually bewitching in its mystery and distance, yearning even. The LPO was precise, dynamic and responsive throughout (scarred only by a loud-ringing mobile phone, during a quieter passage of course), Mena (Chief Conductor of the BBC Philharmonic) playing the long game so that the ‘Sacrificial Dance’ was the inevitable corollary to everything that had gone before. It was quite something to hear The Rite not treated glibly and used as a showpiece vehicle, for this was not a sensation-seeking account but one that gave a more-complete view of music easy to abuse that nevertheless fully conveyed the work’s sense of ritual and carousal, the final drop-dead chord properly emphatic.