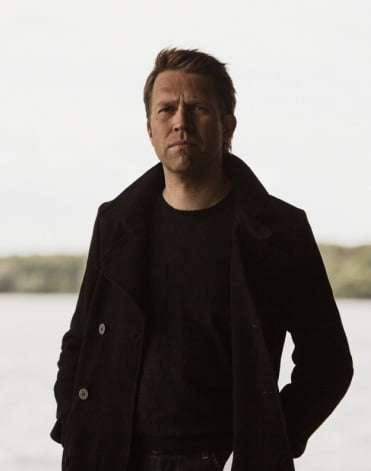 The LPO’s Stravinsky series continues. A week ago it was Perséphone, two days later Jeu de cartes, and now Symphony in C, all neoclassical. The Symphony (1940, Chicago) has many challenges for even the best of orchestras. The LPO was put on its mettle by Vladimir Jurowski’s challengingly quick tempo for the opening movement and responded crisply and with stylish shapeliness, not least oboist Ian Hardwick. This is a rigorous work, music about music, and Jurowski found its dynamics and details, also its force, and then its tenderness, even if it can seem too sectional over the four movements, something not entirely overcome here, although Stravinsky may well have intended the opening dolorous bassoons to contrast strongly with the Finale’s athletic writing before a cool chorale cues the conclusion. This was followed by Tango, as orchestrated economically if quirkily by the composer in 1953, heavy on clarinets, trumpets and trombones, and solo strings, throwing in a guitar as well, here amplified for no good reason except to make it sound more like a banjo. It’s a slinky and seductive number though: The Bronx meets Broadway.

Debussy was less than pleased with his Fantaisie (1890), cancelling the premiere during rehearsals and, although tinkering on and off, not allowing publication or performances during his lifetime. It only reached a concert in 1919, in London, with Alfred Cortot, a year after Debussy’s death. One can understand his reluctance to have it aired as it has few of his traits. But it is attractive (in part), and Leif Ove Andsnes did the revisions published in 1968 proud, playing with an insouciant ‘first among equals’ touch, impeccable technique and bags of personality. The first movement, with its sultry beginning and Spring-day freshness, could be more likely thought of as being by Delius (maybe that’s why Jean-Rodolphe Kars coupled his Piano Concerto with the Debussy many years ago, a Decca LP), and the slow central one slumbered peacefully (near the end the horns have a few bars not far removed from La mer, which suggests that Debussy was updating Fantaisie at regular intervals). If the Finale is the weakest movement and gets progressively less interesting (not helped by the belligerent use of cymbals in the coda) here was an example of a performance being better than the piece itself. As an encore, just like Peter Donohoe had done a few weeks ago (see Capriccio link below), Andsnes offered Tango in its original piano guise (1940); it works much better in black and white terms.

As for Shostakovich 6 (1939, Leningrad), unlike its predecessor, it doesn’t get out too much (and duly benefits by being kept fresh). It’s a great piece, an expansive slow movement balanced by two shorter fast ones. An odd design, maybe, but successful. The opening Largo has a few public statements of passionate outreach, the LPO strings (violins pertinently antiphonal, as Mravinsky) intense and lustrous, but is mostly interior in expression, drawing the listener in – brooding, eerie, chilling, doom-laden. If Jurowski could have been even more spacious (to his eighteen minutes Bernstein adds five on his Vienna recording for Deutsche Grammophon, without any hint of stasis) then this was nonetheless compelling music-making, distinguished by eloquent woodwind solos, flutes especially, capped by an acerbic Allegro, surreptitious and explosive, then fragmenting (brilliant piccolo solo by a lady that wasn’t the listed Stewart McIlwham), and a Finale that was fully Presto but not rushed, its carnival atmosphere coming with edge, forced, the Rossinian humour tinged with irony; and via an impressive, emotionally burdened, violin solo from Pieter Schoeman, the LPO, a willing and charismatic servant to its master (the polar opposite of a double-dealing composer to Stalin’s State), drove the music on in rip-roaring fashion