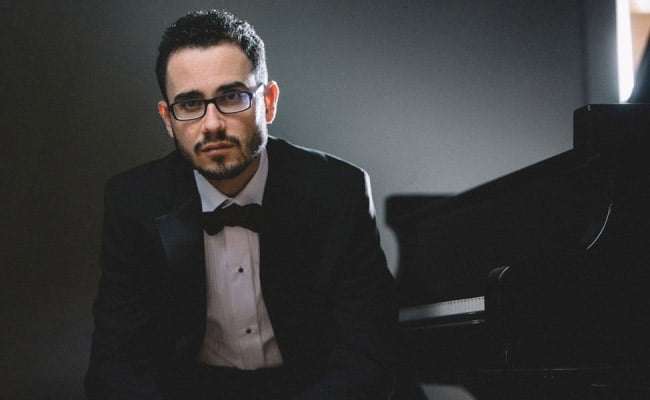 We all know Boulez’s cosy generalisation about Prélude à l’après-midi d’un faune being the “awakening of modern music” (wasn’t that the ‘Eroica’ ninety years before?), but, getting to the core of the matter, what he wrote about it being “a miracle of proportion, balance and transparency” is indisputable. So utterly, radically, sonorously removed from the descriptive lands of Liszt, Saint-Saëns, d’Indy, Duparc, Franck, Chausson, it still casts a heady, astonishing spell. Acknowledging the centenary of Debussy’s death, Thomas Søndergård, replacing the previously advertised Alondra de la Parra, directed a searching and poetic, impeccably structured interpretation, fluidly alert to detail and ebb-and-flow. Eternity was everywhere, Debussy’s “desires and dreams … the heat of the afternoon … the timorous flight of nymphs and naiads … intoxicating sleep” now tangible, now fleeting, finally fading. Taking time to start, needing complete silence, Juliette Bausor brought a throaty, awakening quality to her flute solo, its subsequent flight responded to with etched beauty by Ian Hardwick (oboe) and Kevin Lin (violin).

Luca Buratto, winner of the 2015 Honens International Piano Competition, is a determined Italian, small in frame, exchanging piano stool for orchestral chair. Technically, he works hard, rarely letting up for a moment, even to breathe. Everyone these days seems to be programming Prokofiev’s Second Piano Concerto, one of the tougher nuts of the repertory. Whether they should or not is another matter. Buratto evidently feels he understands Prokofiev: he played the Third Concerto at the Honens, and programmed the Seventh Sonata in New York last October. The Second Concerto is in his fingers. But not yet in his system. The slower passages of the Finale left an impression, but for much of the time, sterling support aside, this was a reading erring awkwardly on the side of a rehearsal run-through. Tempo in the first movement took time to settle. The metronomically relentless Scherzo felt like early morning study practice before an espresso – athletic yes but not that much bite or grip. In the notorious cadenza, he ended up with little more than a series of disconnected, punched-out events, his dynamic blandness and comparatively small tone losing out badly once the orchestra came in: there’s something unsettling about a soloist flaying away without a note being heard. In concert one has heard Russians – say, Petrov (Stockholm 1988), Demidenko (Galicia 2015) – invest this music with a tragedy and drama, a menace and ballet, with a volcanic power to ride climaxes, yet to be grasped by Buratto. He could learn something too from studio Krainev (Frankfurt 1992). His unexpected encore – Emanuele Delucchi’s transcription of the ‘Pur ti miro, pur ti godo’ duet from Monteverdi’s L’Incoronazione di Poppea – proved rather more attractive, wistful voicing and intimate half-lights softly drawing a veil across proceedings. (Prokofiev himself would probably have gone for Buxtehude.)

Dvořák Eight – what a perfectly formed, balanced and prepared Symphony this is. Søndergård, always the cultured musician, not given to histrionics or excessive point-making, delivered an account pre-occupied with detail, refined and classy phrasing, spacious paragraphing, and extreme dynamic range (phenomenally quiet at times – the scarcely murmured ppp at letter G of the Adagio). In the first movement he reminded how Dvořák had such a gift for strong development. In the second, the strings’ richly, autumnally weighted, Lin’s solo smoky, he painted a tone-poem as wondrous as anything the composer wrote. The Allegretto danced, the woodwinds bucolically Giulini-esque. With the gravity sections of the Finale, he mapped “individual thoughts worked out in a new way”. Arguably the horns could have trilled more brazenly. Standing and bells up by the end, à la Mahler, would have been good theatrics – but then that’s not Søndergård’s style. Anyway, Dvořák doesn’t ask for it.