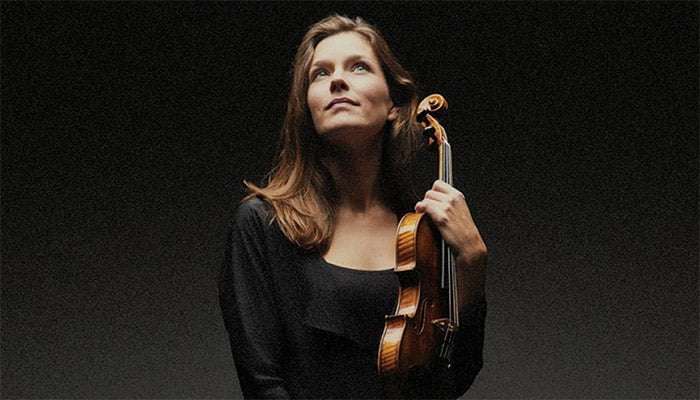 Before heading to Glyndebourne (Berlioz’s Faust first up, May 18), the London Philharmonic ended its 2018-19 season on a high, a Brucknerian summit. Yet this apotheosis was the only time that Vladimir Jurowski broadened the music, to advantage. Otherwise, it was if we were on an express train, albeit in a first-class compartment (precise playing), with the driver ignoring speed limits, not interested in views and panoramas, and delivering overloud/too bright brass-dominated fortissimos – trumpets searing (fine solos from Paul Beniston, mind) and harsh-sounding and hectoring trombones (Mark Templeton and his colleagues no doubt reflecting Jurowski’s requirements): I really felt for the nearby bassoonists enduring such an onslaught (brass instruments in Bruckner’s time could not have reached these levels). If Jurowski was intent on demystifying Bruckner’s music, he succeeded, an impatient, severe and rigid account (the Finale suffered the most); and even the slow movement was shorn of its soulful solemnity, save for one magical passage in which Jurowski had just the back desks of strings playing – worked a treat – and even the dance elements (in the Trio, and the final movement’s polka) were without lilt (try Karl Böhm’s Decca recording of the 1889 second revision).

The LPO’s programme may have identified the 1877 score, the first rewrite, but not the editor of it; it was Nowak if without the coda to the Scherzo (whiplashed through in any case) that is part of his publication, so Fritz Oeser, who excludes it, would have been a contender. Amidst this unconvincing interpretation, one must praise mellifluous horns (when heard alone) and impressively silky-smooth violins at the top end of the register. Bruckner’s ‘Wagner’ Symphony (including brief allusions to Tristan and Die Walküre’s ‘Magic Fire’, other Wagner inclusions from the 1873 original having been excised) may have arrived at the right platform but only because no detours were made in getting there – straight lines and inconsequential silences are not Bruckner’s style.

How excellent the first half, though, even if Brahms’s Violin Concerto was delayed due to voices from somewhere, I think via the speakers, which were shut-off with a clunk a few bars in. If only Jurowski had been as discriminating with the without-gravitas Bruckner as he was with Brahms; how tailor-made for Janine Jansen his accompaniment and how interesting it was on its own terms. Jansen was also splendid, fiery yet shapely, dynamic, every note lived; one moment a tigress, then summoning the sweetly lyrical/seductive storytelling qualities of Scheherazade. She found a Baroque quality to Joachim’s cadenza (others are available, not least from Busoni and Reger) and when the LPO returned there were eloquent contributions from Jonathan Davies’s bassoon and Benjamin Mellefont’s clarinet, which extended to oboist Ian Hardwick’s suave introduction to the Adagio, here Andante, persuasively flowing and song-like, the performance rounded with an eager Finale, launched attacca, not the most rhythmically chiselled traversal if certainly vibrant and engaging.