The London Philharmonic’s Prokofiev Man of the People? Series moved from the Southbank Centre to the Royal College of Music. The programme, of four distinct rarities, included the extreme orchestration of Ode to the End of the War, which (seemingly on purpose) outdid Stravinsky’s Les noces by adding eight harps to the four pianos, and then wind and brass (with three each of saxophones and tubas), plus double basses and percussion. It was a close run thing as to whether the piece lasted longer than the stage change to make way for it. Curiously, only the first piece was listed with its opus number. Indeed that’s a feature of the complete programme: most of the main orchestral concerts’ works are devoid of opus numbers, despite all having them.

Two poems for female chorus opened the concert – The White Swan and The Wave, by Konstantin Balmont – are remarkably early – composed while Prokofiev was at college (and predating the First Piano Concerto and Classical Symphony). I would have struggled to have identified the composer ‘blind’ but they are approachable pieces, very nicely sung, especially by the rich-toned mezzos in the RCM Chorus, with sonorous orchestral water-painting implied by both texts. 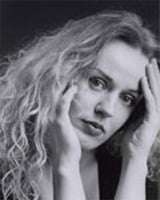 Jumping to the other end of Prokofiev’s career we heard his unfinished Cello Concertino (written for Rostropovich) in the “decidedly overblown” Kabalevsky orchestration, played by the LPO’s principal Kristina Blaumane. She had the measure of its dark lyricism, even against the accompaniment’s occasional bombast (the piece was more subtly orchestrated by Vladimir Blok in 1997 – why not use that?). Some of it is quite distinctive, particularly the throbbing pulse at the very start, but again I wouldn’t be able to necessarily place its composer if I hadn’t known.

Despite its extraordinary orchestration, Ode to the End of the War was instantly recognisable as by Prokofiev, from its portentous slow chords and then various sections, including silky clarinets introducing a folk theme, later with the distinctive wail of the saxophones. The harps were often overpowered by the pianos, but there is a central quiet section, where they provide audible accompaniment to the flute. It’s a curiosity and will never be a repertoire work. I was hoping Jurowski might take a leaf out of Oliver Knussen’s book and repeat the piece … and while I might not agree with Franz Steiger’s view (in his note for Jurowski’s 2007 Russian National Orchestra recording on Pentatone) of it as “brilliant music”, it will stay long in the memory.

Post-interval we had the Second Symphony, in its entire unwieldy monstrosity. Two uneven movements, the first with brutal mechanistic intent (inspired by Honegger’s Pacific 231 from two years earlier, in 1923, apparently), contrasts with a second, more than twice the length, a set of six variations of a lyrical theme, as if from Ravel’s Daphnis et Chloé. Prokofiev “could not make head nor tail of the music during the performance, never mind the public”, who left in droves. It’s still not an easy work. But you can’t fault this performance. Jurowski conducted with his typical incisive beat and expressive left hand. He got playing from the RCM Orchestra that the London Philharmonic may not have bettered, coping with the sheer force and loudness of the music and its complexity. It was a shattering performance of a work that is too little played to make a reasonable assessment of it, but here rounded off a concert that certainly filled in some holes of Prokofiev’s composing career.