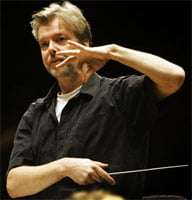 During his time as Principal Guest Conductor of the BBC Symphony Orchestra, Jukka-Pekka Saraste impressed with his intellectual and technical skills in sorting out a range of unfamiliar and new scores. Such lucidity also worked wonders in Bruckner’s Fifth but, with the Philharmonia Orchestra, Saraste’s dispassionate conducting gave us only the notes of Mahler 6. In this London Philharmonic concert, attractive as a seemingly arbitrary collection of works, Saraste left in no doubt that in these particular pieces Debussy and Lutosławski each composed a three-movement symphony in music that might, respectively, be thought descriptive and showy.

In between such orchestral masterpieces, Sergey Khachatryan gave a disappointing account of Tchaikovsky’s ubiquitous Violin Concerto (although for an encore he offered a wonderfully refined and rapt Largo from Bach’s Unaccompanied Sonata in C, BWV1005). 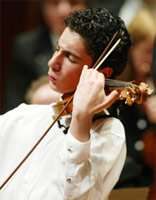 In the concerto, while his actual playing impressed, although it wasn’t quite as easeful as it can be (there was a tendency to ‘lean’ on certain notes), Khachatryan’s current view of the Tchaikovsky seemed unsettled and was marred by too many unrelated changes of tempo in what is one of the composer’s most ‘classical’ works. There also seemed an element of ‘received interpretation’ – a languor and impetuosity that violinists of an earlier generation – an Elman or a Szigeti – could carry off with seeming spontaneity but which here seemed over-studied, even contrived. Such extremes – Khachatryan’s wallowing broke the mould of the music – blighted the first movement and further such contrasts upset the finale (played without the once-standard cuts), the fast music taken at a hell of a lick but no exhilaration and with slower episodes left to bask. The middle movement ‘Canzonetta’ was far more persuasive; a still-as-night, tender, starlit romance, LPO woodwind soloists contributing much. In many ways, it was the orchestral performance that was more interesting. Whether he agreed with the soloist or not, Saraste stuck to him like glue, every twist and turn faithfully attended to while also finding details usually overlooked.

Indeed, the concerto had been really well rehearsed, which rather pointed up some moments in La mer that could have done with a little more time on them. Debussy’s three movements here seemed remote from the sea, even as an extra-musical influence, each being seen whole with clarity of scoring and motifs, and musical direction, uppermost – a La mer shorn of decoration, evocation and sentiment but with a naturally accruing and climactic energy. Saraste pushed the middle movement, ‘Play of the waves’, just a little too much – a lack of unanimity among the violins being the result – but, overall, there was much to entrance the ears, save for Saraste using muted trumpets for the (contentious) ad lib ‘fanfares’ in the finale. Those conductors who include them have introduced a certain leeway as to ‘how’: Saraste’s ‘solution’, far from sounding alarm, made for an erroneous distant squall.

But all this paled in the light of a remarkable performance of Witold Lutosławski’s Concerto for Orchestra, derived and elaborated from Polish folk-music and scored with fastidious assurance as if to suggest, if you will, Polish Impressionism as imagined by Bartók. (Anyone attracted to Lutosławski’s music on the strength of Concerto for Orchestra, completed in 1954, is in for a shock if they then alight on, for example, Symphony No.2 or Preludes and Fugue!) Saraste kept a tight rein on the work – no sense of the lengthy finale sprawling, which it can – and attention to detail was utterly impeccable and meaningful, whether in the furtive scampering of the middle movement or in the overt climaxes. I’m inclined to say it was faultless: bravura and sensitive in execution, Saraste scrupulously revealing every strand of the composer’s carefully crafted mosaic of sound. Such euphoria will doubtless settle, but just at the moment – and in recent memory – I’m not sure if I have heard any orchestra playing anything better than the London Philharmonic achieved in Lutosławski. Just as well the LPO recorded it for its Archive!