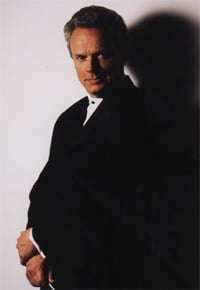 Yan Pascal Tortelier has achieved an enviable reputation as a conductor travelling the world, but although his repertoire is large – he can claim to be one of the very few French conductors who programmes both Sibelius and Hindemith – this concert displayed both his strengths and his weaknesses.

The first half was perfect repertoire for Tortelier, for he has exactly the right feel for this music. The Fauré benefited from his deft touch and sure sense of proportion. ‘Prélude’ was beautifully paced with, possibly too much for some, a rich string sound, and the ensuing ‘Fileuse’ was light as gossamer. Perhaps ‘Death of Mélisande’ lacked sufficient gravitas and solemnity but it was well done nonetheless. 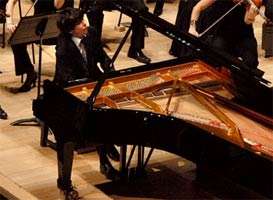 Last year, aged 18, Behzod Abduraimov took first prize in the London International Piano Competition, and it’s easy to understand why; he possesses a phenomenal technique and employs a wide range of colour. Added to this he displays an interpretative insight that would be the envy of many an older musician. Saint–Saëns’s G minor Piano Concerto is not the sweetmeat it might appear to be at first acquaintance, but a truly virtuoso work which wears a broad smile on its face. Abduraimov played the Bachian opening movement with a straight bat, giving extra weight to the music, and he balanced it with a captivating approach to the scherzo. The finale is all bravura and, again, our young pianist was alive to all the possibilities of the music. Abduraimov gave a superb performance of this gorgeous work, Tortelier drawing fine playing from the LPO.

However, the second half displayed Tortelier’s weaknesses. The Rite of Spring may now be a repertoire work, but it is still difficult to bring off successfully. The problem is that the many different sections need to be held together with a very firm hand or, without the visual aspect of dancing, the piece can appear to be diffuse and have no logical and intellectual forward momentum. Tortelier directed a bracing performance, that cannot be denied, but the parts simply didn’t hang together; he didn’t have a clear sense of where the music was going to finish before he started. Also, too often, there was haste in some of the faster dances and such breathlessness wasn’t to the advantage of the music. With the LPO on top form, this Rite was exciting but not thrilling, which it should have been.