Elgar
In the South (Alassio) – Concert Overture, Op.50
Delius
A Village Romeo and Juliet – The Walk to the Paradise Garden
Britten
Variations and Fugue on a Theme of Purcell (The Young Person’s Guide to the Orchestra), Op.34
Handel
Harp Concerto in B flat, Op.4/6
Walton
Henry V – Suite [arr. Muir Matheson]
Vaughan Williams
Serenade to Music

Sixty years young – literally – the London Schools Symphony Orchestra offered a Gala Concert to showcase its collective and individual talents. The LSSO’s history is now in print form, “The Story So Far 1951-2011”, a concise programme-sized publication, and this concert brought us up to date with a generous selection of music dedicatedly performed. Although, from the off and elsewhere, there were a few tuning deficiencies, issues of intonation and ensemble, and some individual awkwardness. In Elgar’s In the South – would his Cockaigne (In London Town) Concert Overture have been more appropriate? – there was an impressive sweep and sensitivity to this account of Elgar’s Italy-inspired panorama directed by Nicholas Kraemer and displaying a poetic viola solo from Rory Storm. 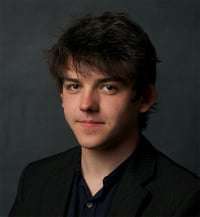 Then 20-year-old Harry Ogg immediately impressed. He’s a gifted musician and a lucid conductor. In Delius’s Walk to the Paradise Garden Ogg drew some very confident playing, not least from confiding strings, finding the interior of the music in no uncertain terms. On this showing, Harry Ogg is someone to keep a very particular eye on. Steuart Bedford has a direct line to Benjamin Britten’s music, which showed in a particularly clear-sighted account of Britten’s 1946 Purcell Variations and Fugue (it’s Young Person’s Guide when a narrator is present). Avoiding pomposity from the initial statement of Purcell’s Abdelazar ‘Rondeau’, Bedford ensured that the score’s many tricky corners were turned elegantly and the numerous solos were confidently essayed. Only at the close, when Purcell is grandiosely returned, did some details disappear in the continuing Fugue, but overall this was a conception to match the composer’s own (yardstick) recording. (The programme note for this work suggested the originality of Britten’s use of ‘solo’ percussion; brilliant writing, yes, but Varèse had completed Ionisation, entirely for percussion, in 1931, and Bartók’s innovations in the ‘kitchen department’ should not be forgotten.)

The concert’s second half opened with the gentle balm of Handel. Whether for harp, or for organ, this is a delightful piece, especially in the terpsichorean measures of the first movement. If Harry Ogg served notice of great things to come as a conductor then so too did Oliver Wass as a harpist. He played with enviable sang-froid, the lightest of touches and the most responsive of musicianship. It was a shame that the dinky-looking organ was inaudible, but the handful of strings and pair of flautists made chamber music. No conductor needed! 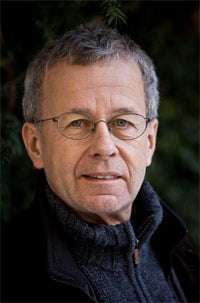 Walton’s film music was less happy for all that Sir Richard Armstrong (currently working wonders at ENO with Weinberg’s The Passenger) was alive to the five movements’ evocation, vivid description, poignancy and the music’s capacity to stir. What sunk the whole was speech-maker Paul Westwood (a graduate from Guildhall School) being amplified; he really should have projected and not relied on artificial means. He was often too loud and suffered the Barbican Hall’s bass-tilted sound-system, which occluded some syllables. His diction was evidently excellent, though, and he spoke with welcome naturalness – although “Once more unto the breach, dear friends…” was hardly rousing – but, whatever happens in Olivier’s film, the imposition of speech on any part of those two masterpieces for string orchestra (‘The Death of Falstaff’ & ‘Touch her soft lips and part’) is disappointing, shall we say, and also goes against Muir Matheson’s concert-hall intentions.

Equilibrium was returned with Ralph Vaughan Williams’s Serenade to Music in its 16-singer original version (it can also be performed with chorus or, indeed, without The Merchant of Venice text). With the singers placed towards the back of orchestra (with no loss of audibility!), if variable in quality from one to another, this glorious, moonlit score of singular loveliness was a wonderful way to conclude the evening, Peter Ash (LSSO’s Artistic Director) ensuring the music and singers could breathe artlessly. We weren’t done – a card was presented to Ash simply worded “Thank You Peter” and he then conducted ‘Jupiter’ from Holst’s The Planets – and it was indeed ‘The Bringer of Jollity’!