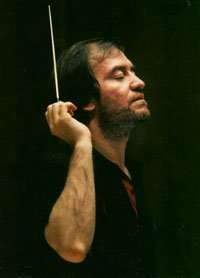 Frequently as the symphonies of Mahler are heard in London, it is still something of an event (or, rather, a series of events) for the London Symphony Orchestra, under its Principal Conductor Valery Gergiev, to devote an entire season of concerts to what they announce as the complete series of such works – although the series will not be quite complete. This is because “Das Lied von der Erde” – termed a symphony by the composer himself on his manuscript – will not be heard and only the opening Adagio of the Tenth will be performed (neither the completed ‘Purgatorio’ movement, nor any of the extant completions of the fully-drafted five-movement symphony will form part of the series). Nor are the symphonies to be performed chronologically.

Be that as it may, this remarkable sequence of concerts, swathed with the two largest of the symphonies, opened at the Barbican Hall with the Third (it will close next July with the Eighth). The LSO was joined by contralto Anna Larsson, the ladies of the London Symphony Chorus and the Tiffin Boys’ Choir. When Mahler conducted the Dutch premiere of the work (composed in 1895-6) in Amsterdam in 1903 he had 530 voices (a women’s choir of 330 and a boys’ choir of 200!) but these days we are satisfied with a far less strong choral complement – and, one suspects, less numerous orchestral personnel than were at Mahler’s disposal, the string strength of the LSO on this occasion founded upon eight double basses.

In the Barbican Hall, it is doubtful if the orchestra could have been much larger, given the size of the platform, and my only quibble about the number of players is that the differentiation between the character of the epic first movement and that of the two purely orchestral movements that follow (a Minuet (!) and a quasi Scherzo) would have been better made had the number of string players been slightly less than that of the first movement. None the less, this opinion is not one that Mahler himself specified, but what surely cannot be denied is that the performance Gergiev elicited from his musicians was outstanding in almost every regard. What was particularly impressive was Gergiev’s successful attempt to relate each movement to the overall structure of the six-movement symphony – an exceptionally difficult task that has often confounded other conductors of this 95-minute work.

In this regard, he achieved this through basic tempos for the first and last movements, which were somewhat faster than we customarily, hear. Not that anything was hurried, far from it, but that the inner pulse of the main Allegro (if one may so put it), deriving from the initial tempo, was relative to it, not solely taken from it, and in this regard moved the music on to the successive climaxes with a sure and purposeful hand – such as, I have no doubt, Mahler himself would have applauded. Thus, when the immense coda, with its colossal high spots, was reached, they made a cumulative effect that was superbly achieved. At all times, the orchestral playing was of the highest international standard – the principal trombone, Dudley Bright, deserves special praise for his magnificent assumption of the lengthy and demanding solos. 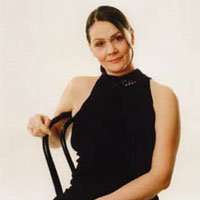 Perhaps a longer pause could have been made between the first movement (‘Part I’ of the work) and the second. In this, and in the third movement (which Gergiev admirably followed almost attacca – presaging that of the vocal fourth and fifth movements) the conductor’s tempos were finely judged – the world of Summer, which runs through the entire symphony, being explored in more detail in these movements. The balance of the distant posthorn in the third – coming from afar, as it were, on three occasions – was admirably achieved.

The human element, literally so in the text and in the arrival of the voice, in the fourth and fifth movements, takes us on to another plain, with (in the fourth) the first genuinely very slow stretch of music in the symphony (a presentiment, perhaps, of the second and sixth songs of “Das Lied von der Erde”); this profound meditation was exceptionally sung by Anna Larsson, present throughout the work, joined first by the fresher voices of the boys and (soon after) that of the three-part women’s choir to offer another view of the world contained reflected within this masterpiece. The choirs had been excellently prepared. When the long finale began and unfolded its timeless message of Love, in its widest sense, it was no Adagio of farewell, but a state of mind, varying between that of calm – relaxed and powerful – and of rising to a passion not of vigorous action but of a growing extent of feeling, of overwhelming ardour, in which mood this admirable performance ended. This series of Mahler’s symphonies could hardly have got off to a better start.